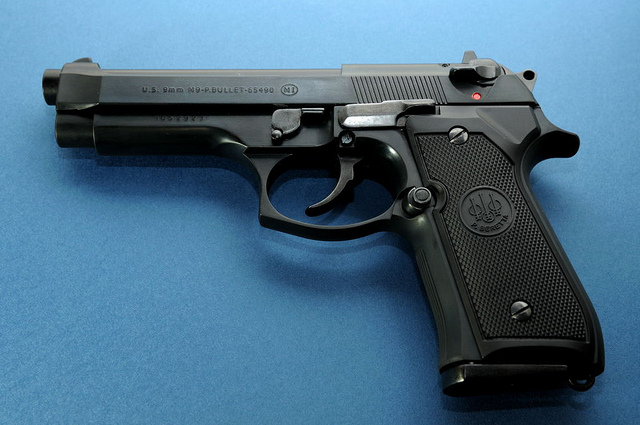 In the wake of the deadliest mass shooting in American history, U.S. Sen. Bob Casey stood alongside Pittsburgh Mayor Bill Peduto this morning to announce that he is introducing new gun control legislation.

Casey said he would officially introduce the Hate Crimes Prevention Act today, a day after a shooter killed at least 50 people and injured 53 more at a popular gay nightclub in Orlando early Sunday morning.

The bill would ban the purchase, possession or shipment of a firearm by individuals who have been convicted of a misdemeanor hate crime charge or have received hate crime sentence enhancements.

“We need to take action on gun violence,” said Casey, Pennsylvania’s Democratic senator. “I’m here today to talk about a measure that will be a new approach on this, and that’s hate crimes and what we can do in the context of hate crimes generally, but specifically in the context of a weapon.”

Hate crime laws vary from state to state, but are generally defined as crimes motivated by hate or bias against a victim’s race, religion, color, national origin, ethnicity or disability.

In his definition of hate crimes, Casey included sexual orientation and gender identity, neither of which are protected by hate crime laws in Pennsylvania. Recent state bills to include LGBTQ provisions in hate crime laws have stalled in committee.

Casey also mentioned the need for other “commonsense” gun control measures, including a ban on military-style assault rifles, and limited magazine and clip sizes.

Democrats have had little success passing gun control legislation through Congress. A bill that would have banned individuals on a federal terrorism watch list from purchasing firearms failed in the Senate in December in a 45-54 vote in which only one Democrat and one Republican voted across party lines.

Casey urged Republican lawmakers to consider the Hate Crimes Prevention Act, calling GOP cohesion “necessary” for the bill to survive. He added that he has not yet spoken to U.S. Sen. Pat Toomey, the state’s Republican senator, about the bill.

Casey stated that he already had plans in place to introduce this bill before the mass shooting on Sunday, but decided to move up the announcement because of the Orlando shooting. In his press release, Casey pointed to the Bureau of Justice’s National Crime Victimization Survey that shows an average of 259,000 hate crimes occur each year. Additionally, more than 43,000 hate crimes were committed with a firearm between 2010 and 2014.

“Acts of violence are directed at [the LGBTQ] community on a regular basis,” Casey said. “This is an ongoing problem.”

Casey met with leaders from LGBTQ communities in Pittsburgh, Allegheny County and Western Pennsylvania before the press conference Monday to discuss “a range of issues,” he said. The senator recently cosponsored the Equality Act, almost a year after it was introduced in the House of Representatives. The bill would amend the Civil Rights Act to include protections for individuals regardless of their sexual orientation or gender identity.

Peduto spoke briefly about the provisions Pittsburgh had in place for extra security during this past weekend’s Pittsburgh Pride festival. The city worked in coordination with the FBI and increased police and security presence on Sunday after hearing of the shooting in Orlando and news of a man in Los Angeles who was arrested en route to the city’s Pride parade carrying firearms, ammunition and explosive-making materials in his car.

Peduto also said movement for stricter gun control across the state has “stalled” and commented that progress in Washington, D.C., is necessary for state leaders.