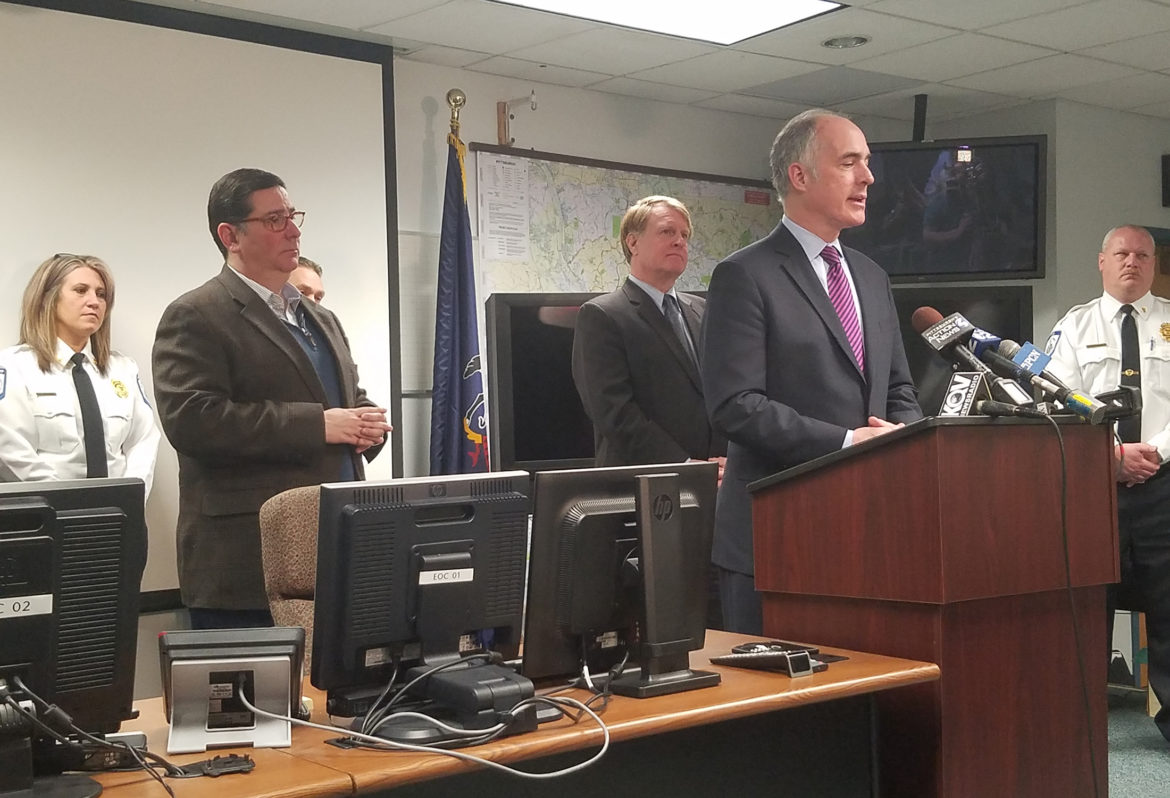 Sen. Bob Casey in Pittsburgh today scolded the Trump administration for not backing off from the “obsession” of campaign rhetoric and cracking down on refugees in a way he feels makes the country less safe.

“Tough talk doesn’t do it,” Casey said this morning at the Allegheny County Emergency Operations Center.

The Democratic senator from Scranton, Pa., instead urged Washington to give millions more in federal money to help local law enforcement hire officers and buy equipment like bulletproof vests, and to help nonprofits like mosques and synagogues improve security.

Public safety departments often depend on federal help for basic things like equipment upgrades, yet Casey laments how little is actually doled out. Pittsburgh Mayor Bill Peduto echoed the senator’s point by just pointing out the equipment in front of him.

“You’ll see cameras that date basically back to the 1990s,” Peduto said, referencing the surveillance cameras in the operations center.

The mayor wants federal support not only for upgrades but also for taking the next step to test and build cutting-edge technology. Like smart cameras that say how many people have entered or left a building or that recognize faces and license plates.

“The question is really, ‘Is Washington ready to invest?’” Peduto said.

Casey, who met with city and county officials Tuesday, said protection from terror threats — specifically “lone wolf” attacks — means investing at home, and not just giving “speeches about how you’re going to take the fight to ISIS.”

If the refugee vetting process is failing, Casey said, the specific problems should be explained and solutions offered based on the experience of law enforcement and homeland security experts.

Trump is expected to release an updated version of the order, presumably to avoid legal snags. Casey said the administration must listen to security experts to “take into account what will keep the country safe and will also validate the country’s values in terms of how we treat people.”

“You can’t just tough-talk terrorism,” Casey said. “Some of the major threats we face are right here at home.”