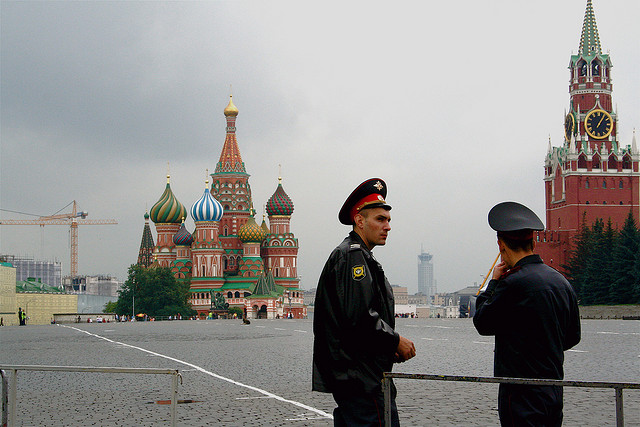 On Sept. 11, 2014, residents of Centerville, La., received alarming text messages that warned of toxic fumes emanating from an explosion at the Columbia Chemical plant.

Social media went ablaze with images and video of the disaster. Terrorist group ISIS claimed credit and called it an attack.

But it never happened.

A New York Times investigation reveals it was the work of the Internet Research Agency, an organization based in St. Petersburg, Russia, that manufactures information warfare.

The Columbian Chemicals hoax was not some simple prank by a bored sadist. It was a highly coordinated disinformation campaign, involving dozens of fake accounts that posted hundreds of tweets for hours, targeting a list of figures precisely chosen to generate maximum attention.

The Internet Research Agency has multiple departments that create pro-Kremlin propaganda on every popular social network. About half of Russia’s population are Internet users, and the content they view daily is surrounded by skewed information propagated by the agency and other similar organizations.

The job entails disparaging and condemning Ukraine and its president and writing optimistic posts about Russian domestic affairs. Each employee inhabits multiple fictional personas, with the goal of inserting politics into otherwise mundane blogs about everyday life.

Yet the exact point of their work was left unclear to them. The handful of employees I spoke with did not even know the name of the company’s chief executive. They had signed a nondisclosure agreement but no official contract.

The operations create the “illusion of a massive army of supporters,” but are more realistically characterized as “troll farms,” teams designed to control or derail Internet discussion.

The Internet Research Agency extends to the U.S. as well, with an English-language branch that leaves anti-Obama comments on CNN, Politico and Fox News.

The American trolls sponsored an art gallery exhibit called Material Evidence in New York City. The gallery featured photographs from European, Russian and Syrian war photographers who were “fed up with the one-sided view of conflicts presented by Western media.”

The gallery had been crowd-funded via the Internet Research Agency’s fake accounts.

While investigating, Adrian Chen, the journalist responsible for this article, became a victim of fabricated propaganda.

Photographs of Chen interviewing a source were doctored and published with the headline, “What Does a New York Times Journalist Have in Common With a Nazi From St. Petersburg?”

The article accuses him of creating a provocation against Russia and of investigating the “murderous Kremlin regime.” As it spread and sensationalized, Chen was considered to be either CIA or NSA, or in other versions, a Nazi recruit.