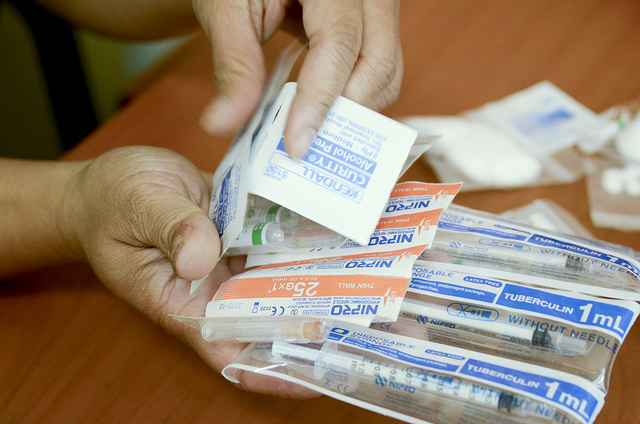 The risk of HIV and hepatitis C outbreaks among drug users burst into the national spotlight last year after an HIV outbreak in a small Indiana town. Over the course of a year, 30 HIV cases ballooned to more than 190 infections attributed to intravenous drug use.

A new Centers for Disease Control and Prevention preliminary report has determined that 220 counties in the United States are at risk for similar outbreaks.

Many of those counties were rural and more than half were in West Virginia, Kentucky and Tennessee, according to The Wall Street Journal. The remaining counties were distributed across 22 states and the District of Columbia.

The report only points to the potential for an HIV or hepatitis C outbreak, not actual incidents, and only pertains to injection drug users. The report used “nationally available data that have been shown to be strong predictors of recent unsterile injection drug use,” according to CDC spokesman Paul Fulton Jr.

The research found that some of the variables that best predicted acute hepatitis C infections were the percentage of white, non-Hispanic residents in an area, drug overdose death rates, income and unemployment.

One proposed method to fight the spread of HIV and hepatitis C infections through drug use is to implement clean needle exchange programs. Last year, Indiana Gov. Mike Pence authorized a short-term needle exchange after the crisis in Austin.

Pennsylvania prohibits the distribution of syringes to inject illegal drugs, though officials in Allegheny County and Philadelphia publicly support needle exchange programs, allowing needle exchanges to operate without prosecution. The state has seen an increase in hepatitis C infections.

From 2010 to 2012, Pennsylvania’s acute cases of hepatitis C more than doubled, though the state didn’t name a cause for the increase. Pennsylvania’s Department of Human Services Medicaid program has seen the treatment costs for hepatitis C jump from $33.7 million to $138.1 million in the past two years.