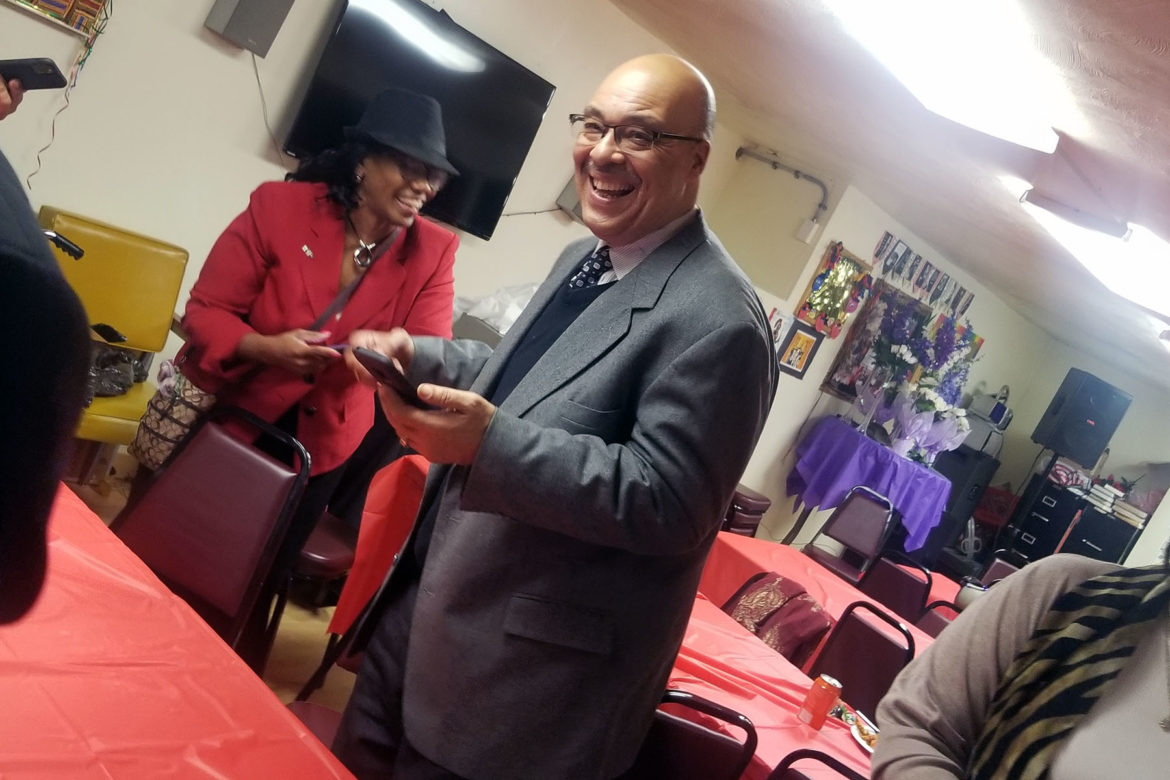 "I'm thankful for the continued support of the district," Burgess said at an election party Tuesday night at Nazarene Baptist Church in Homewood.

Despite continued reelection, Burgess has faced criticism from some constituents for what they see as a stern demeanor and failure to mitigate displacement and rising rent in areas like East Liberty. Simultaneously, some constituents praised him for neighborhood development and his focus on affordable housing.

“There’s the Susquehanna housing, the development of homes on Tioga Street, the community center beside his church, and then the housing on Kelly and Hamilton. He’s doing [things] not just for East Liberty but Homewood too,” said Alston, who lives in Homewood.

“Residents here react. When you do something really wrong to them, they come out,” Stafford said. “They’re used to him.”

Tracey Austin, 52, of Lincoln-Lemington-Belmar said Burgess could work on “being a regular person,” outside of his community roles as a pastor, educator and councilman. “I don't see him at the grocery store or at the gas station,” Austin said. “He's close by but he's distant.”

Burgess has said the HELP Initiative — a resident-driven process of community collaboration focused on issues like comprehensive planning and growing affordable housing — will protect vulnerable families and renters from displacement. The HELP Initiative is aiming to raise $300 million to build and rehabilitate 2,200 housing units in District 9, focusing on mixed-income housing.

Burgess said he feels the more projects and development that occur under the HELP Initiative, the more skeptical residents will see the benefit of a housing initiative in Homewood and in Larimer. “Success is the best way to get people on board,” Burgess said in an Oct. 29 interview with PublicSource.

On Election Day, Taylor reflected on the affordable housing crisis at the former Penn Plaza site in East Liberty. Taylor said the renters and housing voucher holders are the most fearful and vulnerable in the district.

“People are still afraid about what the future holds,” said Taylor, an affordable housing advocate. “Everybody. Seniors and families. People are having to ask themselves what will I do if my rent goes up $500 next year.”

Taylor tried to unseat Burgess once before, in 2011, but he left the race early. He then ran in the 2019 primary against Burgess, alongside five other District 9 challengers. He dropped out before the election to run against Burgess in the general election as an independent candidate.

In a recent interview, Welch said she thought District 9 residents believed she would reflect their interests on council. She said that District 9 is ready to do things differently. 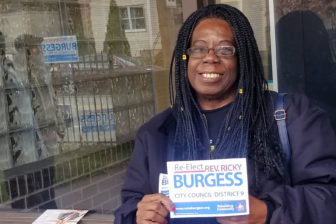 “I want residents to know that we can stop giving away pieces of our culture, our flavor, and our land to people who care nothing about us,” Welch said. “The future of District 9 shouldn’t look like cookie cutter extension of Shadyside. That’s not us.”

In the May primary, Burgess faced a crowded field of challengers, earning 39% of the vote (1,998 votes). Political consultant Kierran Young came in second with 29% of the vote (1,504 votes). Other challengers were Stephen Braxton, Cherylie Fuller and Judith Ginyard.

Activist Leon Ford Jr. also initially challenged Burgess, though he dropped out of the race early. In 2015, Burgess ran uncontested and received 45% of the vote.

In financial support for his campaign, Burgess received $43,419 dollars to Welch’s $39,514, according to campaign finance information collected by Pittsburgh's Ethics Hearing Board.

As of Tuesday afternoon, Daniels had received less than $500 in campaign contributions. Documentation of Taylor’s contributions was not available through the Ethics Hearing Board.

When asked which council challenger he thought was best suited to serve on council, secondary to him, Burgess said he hadn’t thought about it.

“I spend all of my time thinking on how to continue to serve the people,” he said. “Even if I was not fortunate enough to win re-election, I would still serve the people.”