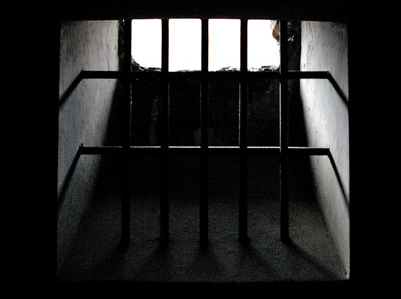 For tens of thousands of inmates nationwide, solitary confinement means literally being locked in a room for months (or even years), with little daily human contact.

While these offenders are considered the worst of the worst, nearly all of them are destined to return to society eventually. But solitary confinement has been shown to wreak havoc on inmate mental health, leaving them in worse shape than when they arrived.

With that in mind, Washington state has flipped the conventional approach and is focusing on socializing inmates in a controlled classroom setting.

Bernie Warner, secretary of the state’s prison system told Slate that a prison system is defined by how people are treated in its “deepest end.”

Warner supervised inmates in solitary early in his career and decided to change the state’s approach when he became director of prisons in 2010. Inmates are brought together to address behavioral issues in a group setting. The intent is to teach inmates to address problems constructively, which will transfer to better behavior in prison and after release (many inmates go straight from solitary back into the community).

In Washington, violence has dropped in segregation units.

To date, the Washington program has resulted in an almost 50 percent drop in the number of people the state keeps in isolation: from 612 in January 2011, when the program for violent inmates started, to just 286 last month. It is premised, Warner told me, on the idea that every prisoner, even the so-called worst of the worst, deserves a chance to improve himself, instead of being left to waste away in a tiny, windowless cell with no human contact for months or even years.

Nationwide, some 80,000 inmates are in solitary at any given time, according to Slate. Several states have reformed their solitary programs in recent years. The Marshall Project has a breakdown of recent reforms here.

The situation changed in Pennsylvania recently too, but only after the state was called out for unconstitutional mistreatment of inmates with serious mental illnesses.

In 2013, the Justice Department found that staff at State Correctional Institute – Cresson in Cambria County were unconstitutionally locking inmates with serious mental illness in so-called “restricted housing” for 23 hours a day, for months or even years.

The facility has been closed, though the Justice Department said problems seemed to extend system-wide, as corroborated in a Civil Rights investigation completed last year.

This January, the Pennsylvania Department of Corrections promised in a landmark settlement not to put inmates with serious mental illness in solitary confinement. The department has said that roughly a quarter of its inmates receive treatment for mental health issues.

Meanwhile, several states are curious about Washington’s success with its solitary inmates.

There are roadblocks though, including resistance from staff who aren’t sold on the benefit of changing isolation. Large bureaucracies change slowly. Prison bureaucracies can be even slower.

Staff in Washington began to buy in after seeing the reduction in violence that seemed to stem from properly socializing the inmates, the story said. The inmates are still in isolation for a reason, but Washington is treating them as if they’ll eventually leave.

“I’d hate to portray this as, ‘We’ve solved the problem,’ ” Warner said, noting that he doesn’t believe it’ll ever be possible to obviate the need for solitary confinement entirely. “I don’t know if the number ever gets to zero, but that’s not our goal. Our goal is to manage inmates safely in the least restrictive environment possible.”

While inmates in isolation may be considered the worst of the worst, they’re eventually going home. One of the system’s most important jobs is making sure they don’t lash out when they get there.