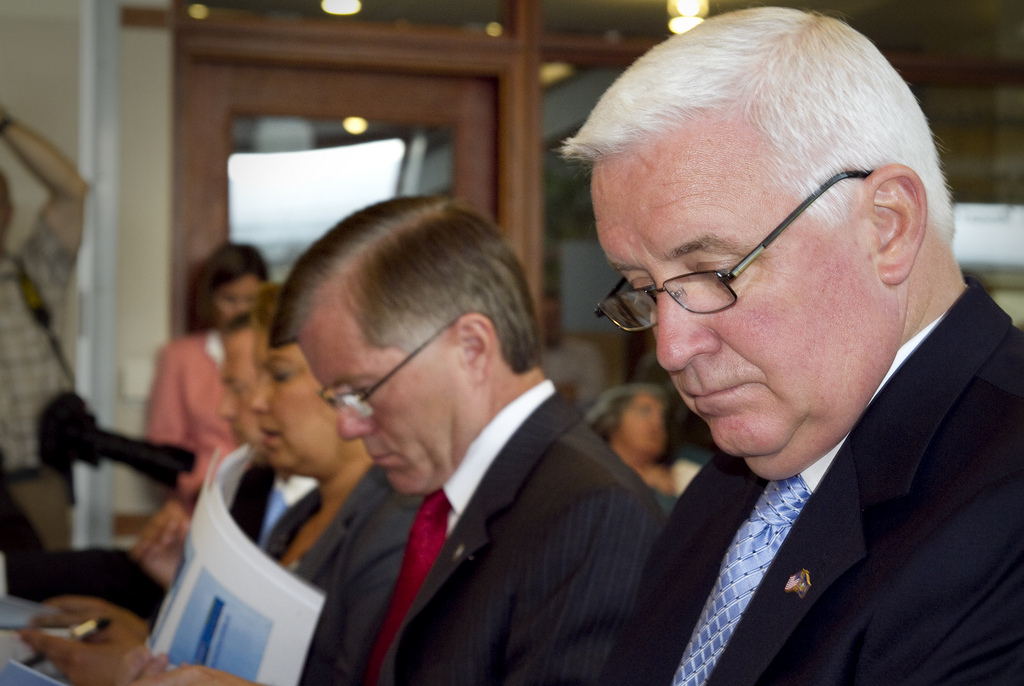 The Republican Governors Association gave $69 million to influence the outcomes of state races last year, more than any other donor to state politics, according to The Center for Public Integrity.

The governors group was led by New Jersey Gov. Chris Christie in 2014, who was raising record amounts of money in the run-up to the midterm elections.

According to The Center for Public Integrity:

The group’s efforts paid off by winning four governorships and losing only two. After the midterms, there are now 31 Republican governors.

The RGA was former Gov. Tom Corbett’s largest contributor in 2014, giving more than $5.8 million to his failed re-election campaign.

Only three groups or candidates received more money from the RGA than Corbett did in 2014.

Corbett was the only one of those politicians to lose in the midterm elections.

It wasn’t just the RGA that gave big money to state races. A few other groups poured staggering amounts of money into state races.

In all, the top 50 political givers spread more than $440 million to the people and groups pushing candidates for state office, the Center for Public Integrity found. The list is thick with billionaires such as former New York City Mayor Michael Bloomberg, unions such as the American Federation of Teachers and corporations such as telecom titan AT&T Inc.

Other than Wolf’s $10 million contribution to his own campaign, the only other Pennsylvanian on the center’s top 50 contributors to state races list was John Templeton Jr. He gave $3.3 million during the midterm elections, most of it going to the Pennsylvania Republican Party and Corbett. He was Corbett’s largest individual donor in the 2014 election.