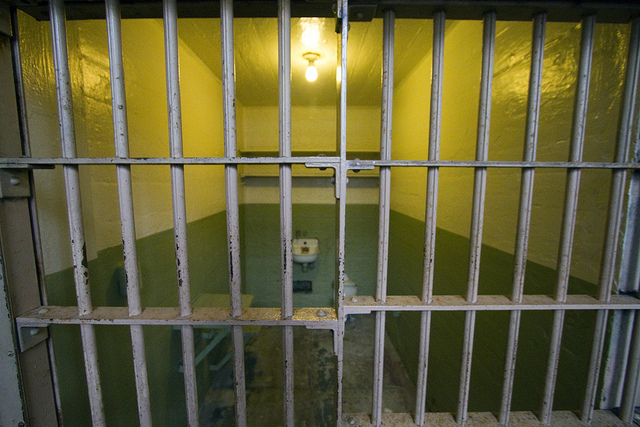 In Pennsylvania, 181,000 children have had a parent incarcerated in their lifetime, according to a new nationwide study.

That’s roughly 7 percent of the state’s children, according to a survey of data by the Baltimore-based Annie E. Casey Foundation, which outlines the collateral consequences of mass incarceration on families and calls for urgent reforms by judges, prisons and governments to break cycles of poverty.

Pennsylvania ranks eighth nationally in terms of the population size of children who’ve had an incarcerated parent. The national total is more than 5.1 million children, which the foundation calls a conservative estimate.

Although incarceration causes emotional turmoil and financial hardship for children, the report said, these collateral consequences are often absent from debates on reform.

From 1980 to 2000, the number of kids with a father in prison or jail rose by 500 percent. Now more than 5 million children have had a parent incarcerated at some point in their lives, including 503,000 in California, 477,000 in Texas and 312,000 in Florida. The situation is even worse in many other states, especially Kentucky, which has the highest rate of children — 13 percent — who have had a parent incarcerated.

The analysis is based on a 2010-2011 health survey by the foundation and only includes children who have lived with the parent at some point.

More than 15 percent of children with parents in federal prison are 4 and younger. That stat is 20 percent in state systems, according to the report.

In 2014, PublicSource examined the local toll of incarceration on children. According to the state, 81,100 children in Pennsylvania had a parent currently serving time, not including in federal prison or in county jails.

To counteract the negative toll of incarceration, the Casey report calls on state and federal governments, along with community groups, to provide support that is missing when parents are incarcerated.

In addition to financial and healthcare assistance, the report says prisons should provide counseling to help reunite families after incarceration and suggests that state foster care systems prioritize placing children with family members or friends of the parents.

Judges should also consider the toll on children, the report said, when handing down sentences.

Job training is also critical so that parents can adequately provide for their children once released.

Research indicates that participating in prison education and training programs lowers the chances of reincarceration and increases the likelihood of securing employment. In addition, every dollar spent on such programs cuts incarceration costs by four or five times that amount.

For example, the report highlights the success in Philadelphia of a landscaping and horticultural program that provides help with job placement and has “reduced recidivism among participants to less than half of the city’s rate.”

Improving those neighborhoods — which requires investment from governments and other communities — can not only reduce the harm of incarceration but also reduce crime more broadly.