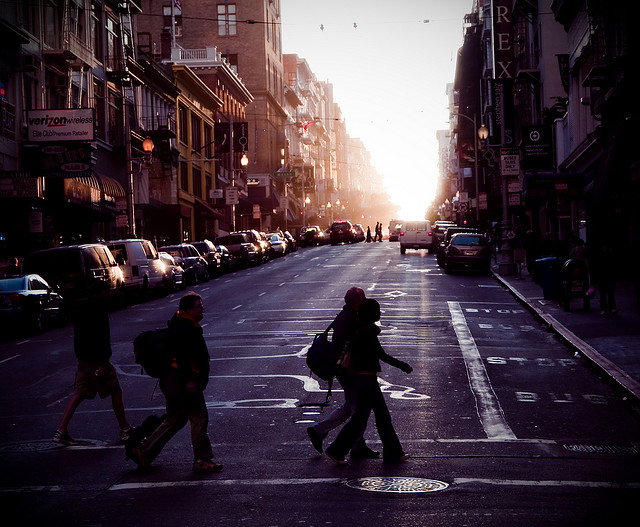 Deaths caused by car accidents in Pennsylvania decreased from 2004 to 2013, but the rate of pedestrian fatalities remained steady.

That’s 12 percent of all traffic deaths in the state, a minimal increase of 0.01 percent over 10 years.

The Trib reports that municipalities throughout the city each maintain their own methods for pedestrian and bicycle safety.

In Oakland, sidewalks are fenced and pedestrians are forced to cross at intersections.

In Mt. Lebanon, a $65,000 project installed in-road lights at a busy crosswalk that alerts motorists to pedestrians.

However, Ross Township, specifically McKnight Road, is an area that can improve safety for bicyclists, pedestrians and motorists. According to the Trib, the commercial stretch of the road lacks sidewalks between sections. Buses drop off shoppers on the shoulder of the highway.

A Ross Township spokesman told the Trib that they are seeking grants to build new infrastructure aimed at improving safety and accessibility for all travelers, especially those without cars.

Pennsylvania's transportation infrastructure funding bill, passed in 2013, established a multimodal grant program to fund street and sidewalk improvements. The program will allocate up to $40 million by July 2016.

Pittsburgh Mayor Bill Peduto implemented a Complete Streets policy in early 2015 that will guide the design and development of public rights of way for people moving around in the city.

The Trib article notes that protected bike lanes, designated parking lanes and countdown timers at intersections are becoming the norm in the city.

Pittsburgh’s downtown may also see some changes geared toward opening spaces for pedestrian crowds. A firm hired to study public space in downtown is slated to release its recommendations later this month.