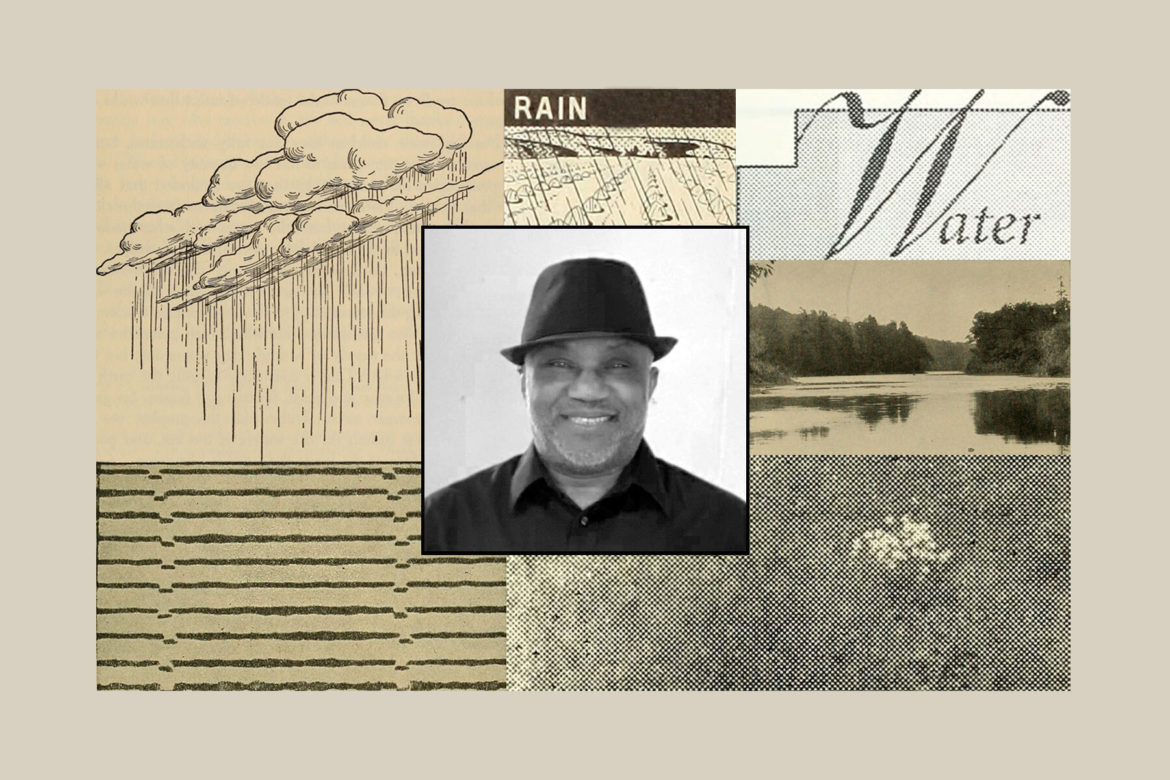 Although the Pittsburgh Water and Sewer Authority has typically focused on providing clean water and transporting sewage, recent years have presented a newer, pressing challenge: the city’s flooding, landslide and basement backup problems.

The water authority [PWSA] has proposed a new stormwater fee, which will charge customers according to how much rain water hits their roofs and pavement. The revenue will help PWSA address its flooding challenges as it continues to try to remove sewage that overflows into the city’s rivers when it rains. These problems will only increase as climate change intensifies the city’s rainwater problems, according to Tony Igwe, the person PWSA has hired to direct these new efforts.

Igwe talked with PublicSource about his background, how the agency will prioritize the tens of millions of dollars in projects and why he thinks state Rep. Ed Gainey, the victor of the Democratic primary for Pittsburgh mayor, will ultimately support new projects despite pledging not to raise water rates.

What do you think is the most important trait that you bring to the job?

I think honestly the greatest skill for me may be to be able to look at things from a weird angle because of an eclectic background. I was born and raised in Nigeria up until the age of 15. And in Nigeria, my parents moved every two or three years. Then I went to Yugoslavia for two or three years and learned the language.

So you learn how to adapt, you realize there is a lot about people that is the same and quite a bit that is different. It gives you a broader view of things, makes it easier to come alongside somebody and see what they see.

What would a new stormwater fee mean for the work you are planning?

Whenever you introduce a new fee for anything, the first pushback is: Why are you charging me something? There are people who have had their parking lot for years and years and years and never had a single charge and now they’re going to be getting invoices.

All the charges down through the years have been generated through the water bill. So if you are a parking lot, you are not charged for a water bill. But all the runoff and grease and wrappers in your parking lot washes into the sewer, and PWSA has to maintain and manage the sewer. People felt that was not really the fairest way to go. So the thought was, let’s try to recover what the cost was to apply this service.

Then as time goes on, it will allow PWSA to do better and more targeted stormwater management. Now, as a stormwater fee-paying customer, they can come to you and say, “Why do I still get flooding? What do you mean climate change is impacting the service you are giving me? How are you going to address those impacts from climate change?”

How much additional resources would the stormwater fee bring in?

It’s hard to put a dollar figure to it, but if you had to, it would be around $6 to $8 million now. And then over time, it could go up to $24 million worth of work or even higher than that. So this first round is probably going to recover money for projects already being developed, but as we move forward it will help us increase capacity.

The reason I can’t give you exact numbers is we are kicking off a strategic stormwater planning project for the City of Pittsburgh. It will help us decide what should our level of service be. [The level of service would include requirements for how much rain water the city’s roads, pipes and green infrastructure collectively would need to be able to capture and would help them identify areas to renovate because they don’t yet meet that standard.]

Why is it taking so long for PWSA and the City of Pittsburgh to agree about who will be responsible for different aspects of flooding in the city?

When ALCOSAN did their stormwater plan [in the 1990s], it didn’t mention building tunnels. The reason it didn’t mention them is we had a tunnel that had sediment problems, and people didn’t want to build another tunnel with sediment issues. After a while, we realized how to deal with sediment issues. So by the time they did their next round of planning in 2012, tunnels became the answer.

Then it was people complaining that we’re spending $2 billion and we can’t see any of it. They said, “We want projects you can see.” Then people were like green infrastructure is the only answer. So people wanted to do green. Now we’re at the point it’s not just green and not just the tunnels. It’s kind of a hybrid.

So you can see each time you get new information, you have to take it into consideration. It comes across as if there is a lot of foot dragging and not doing things, but what we are doing is taking a look at all those studies, lining them up and then deciding what this is the best direction.

The new mayor may have a new set of priorities. One of Gainey’s priorities, if he is made official after the November general election, is to limit rate increases. Do you think that’s going to limit the kind of resources you have to get work done over the next four years?

Even though the new mayor’s priorities might be slightly different, PWSA will still be working on stormwater issues. It may not be as high of a priority, but it still needs to be worked on.

The best we can do is offer what’s really happening on the ground and then see what direction [Gainey] wants to go, especially when he hears these calls we go on whenever we have public meetings for projects and you hear people complaining about basement flooding.

So I don’t know that you can avoid having a plan and putting together projects to start helping people. It wouldn’t be the best thing for him to do to just kick the can down the road.

I’ve heard watershed groups in the city say there is kind of a fight for resources and attention right now because there are too few resources for too many projects. How are you going to prioritize which projects PWSA does moving forward?

One of the things we’re looking at in our various meetings is this idea of environmental justice and equity. So to the extent that some of these areas are where you want to make sure equity issues and environmental justice issues become one of the factors, you throw that into the mix. That might be one way to do a prioritization.

Another one is to do a low-hanging fruit approach. We first understand the existing level of service and understand the combined sewage overflows and see one might only cost $5 million to start, compared to something that would cost $50 million. So we can show some progress and get people going. Because once you show some progress, those people function as spokespeople to advocate for that approach.

Wightman Park in Squirrel Hill has gotten a lot of attention recently, but is in a pretty affluent area with greenspace nearby. Do you think Wightman Park kinds of projects will get funded in the future?

Wightman Park could jump on the priority list based on the low-hanging fruit idea. My understanding was they were already doing some park improvements, so that might be one of the things that would push that up that priority list. Nothing says you only do one project at a time. One project might be Wightman Park, another might be in the Negley Run that has areas like Homewood and East Liberty that you could look at. So I don’t think it’s a mutually exclusive kind of thing.