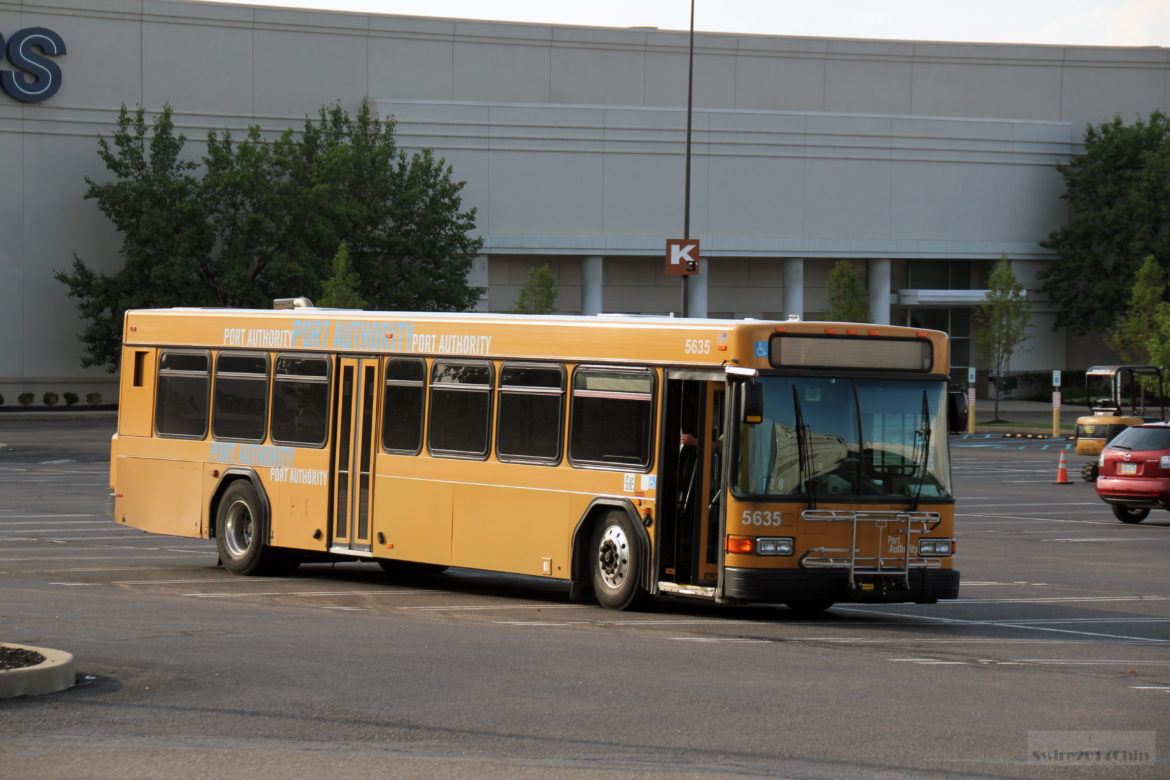 The Allegheny County Port Authority and its public transit system are at risk of losing $80 million in state funding under a state budget proposal. (Canadian Pacific/flickr)

A plan introduced Wednesday to balance the state budget threatens a significant amount of funding to the Allegheny County Port Authority and could result in its public transit system having to cut operations by up to half.

A proposed cut of $80 million to the agency could mean cuts twice as deep as what the agency sustained several years ago when it was left with a $35 million deficit.

Port Authority Spokesman Adam Brandolph said the 2011 and 2012 cuts in state funding and the resulting deficit caused the agency to eliminate 29 bus routes, close the Harmar garage and lay off 200 employees.

“These [cuts] would be similar if not much worse,” he said. “We would anticipate these cuts to be just as drastic if not twice as drastic.”

Proposed cuts to various pots of state money — including funds that are allocated to public transit — were the Republican lawmakers’ way of proposing a balanced state budget more than two months after the deadline has passed. In total, their proposal finds $2.4 billion that would cover the state’s deficits from both last year and this one. Rank and file lawmakers said at a press conference yesterday that they didn’t anticipate any programs to be affected by their proposal, though the Port Authority is preparing for the worst.

“We would anticipate these cuts to be just as drastic if not twice as drastic.”

The $80 million on the chopping block accounts for nearly a third of the funding the agency receives from the state. This fiscal year, the Port Authority is set to receive nearly $241.88 million in state funding, which accounts for nearly 60 percent of its overall operating budget.

On top of the $80 million in direct cuts lawmakers proposed, Brandolph said a number of matching grants from both the county and the federal government could also be affected. Losing matching grants — meaning losing county and federal money that is only available after state funding is spent — could deepen the potential deficit. Brandolph couldn’t provide a figure for how much matching funds could be at risk.

The plan proposed by lawmakers outlines a number of “one-time transfers” of monies that fund 911 call centers, cleanups of hazardous waste sites, highway beautification and historical preservation projects. Included in the cuts are $120 million from the Multimodal Transportation Fund and $375 million from the Public Transportation Trust Fund. Philadelphia’s transit system, SEPTA, also faces drastic, potential cuts. The Philadelphia Inquirer reported on Wednesday that that agency could face up to $263 million in cuts.

The Commonwealth Foundation, a right-leaning think tank, defended the lawmakers’ plan and argued in a blog post on Wednesday that the proposed “cuts” are only coming from reserve funds.

“These reserve funds have not been needed to pay bills related to mass transit,” Nathan Benefield, vice president and COO of the foundation, wrote in the post.

Brandolph said the Port Authority was preparing a heavy counterattack to the budget proposal and would be outlining the impact of the potential cuts in letters the agency plans to send to Allegheny County lawmakers by next week.

“It’s going to have a massive impact on people’s lives.”

One of those lawmakers likely to receive a letter, State Sen. Wayne Fontana (D-Allegheny) said the cuts would be particularly devastating to the elderly, people with disabilities and others who can’t afford to drive, though he said it was unlikely that the plan would pass.

“When they start cutting routes and changing hours, the outcry will be immense,” he said. “This will hurt the elderly and the disabled - that’s the shame of it.”

“They think taking money from a fund because it’s just sitting there isn’t hurting anyone but it is, it’s earmarked,” he said. “And to stand up there and say it’s not going to have any consequences? It blows my mind.”

Public transit advocates, too, also began mobilizing shortly after the budget announcement. Laura Wiens, who works with the group Pittsburghers for Public Transit, said her group would push back against the proposal and fight to help keep the Port Authority funded. She noted that more than half of the people who travel Downtown use public transit and that those who are most vulnerable will be hit the hardest.