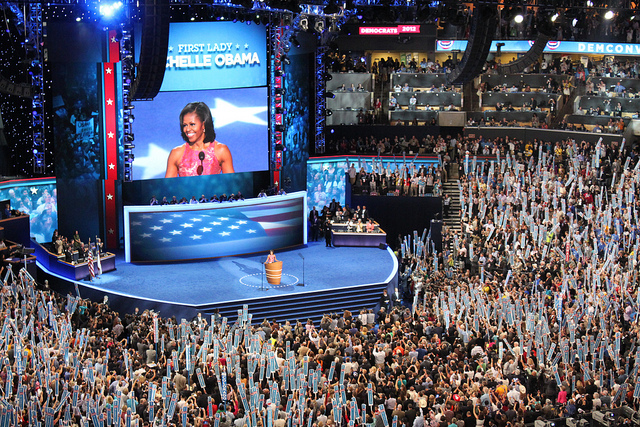 Crammed onto one of the last pages of Tuesday’s $1.1 trillion federal budget deal was a previously unmentioned provision that would vastly increase the amount of money an individual can donate to a political party.

If this spending deal to fund the federal government through September 2015 is passed by Congress and signed by the President, then an individual could contribute more than $1.55 million to a party’s three campaign committees over the two years of an election cycle.

So far, neither party is taking credit for putting this provision into the bill, according to The New York Times.

“Success has many fathers,” said a Republican who supports it, who spoke candidly on the condition of anonymity. “Democrats love this, too.”

This makes the Great Train Robbery look like a petty misdemeanor. These provisions have never been considered by the House or Senate, and were never even publicly mentioned before today.

The Republicans and Democrats each have three national party committees: a national committee, a House committee and a Senate committee.

Under the current Federal Election Commission (FEC) limits, an individual can give a maximum of $32,400 to each of those three party committee each year. Under the current rules, that would be a total of $194,400 over two years.

The new rules, which begin on page 1599 of the 1603-page deal under the title “Other Matters,” create accounts under which party committees could receive money.

The Republican National Committee and the Democratic National Committee could receive a maximum of $97,200 to each of three funds for financing party conventions, building improvements and legal proceedings in addition to the current $32,400 FEC limit from a single individual.

This change coincides with the federal government eliminating the public funding for party conventions. In 2012, party conventions cost taxpayers about $18 million, according to The Washington Post.

Each party’s House and Senate committees could raise a maximum of $97,200 for its building improvement fund and $97,200 for its legal fund in addition to the current $32,400 limit from a single individual.

Even though this new money that could flood into political parties isn’t expressly for electing candidates, it will still have an impact, according to The Washington Post.

“Money is fungible in American politics,” said Michael Toner, a Republican election-law attorney and former FEC commissioner. “Any change in the campaign finance law that allows additional funds to be raised by parties for specified purposes necessarily frees up funds to be spent electing candidates.”