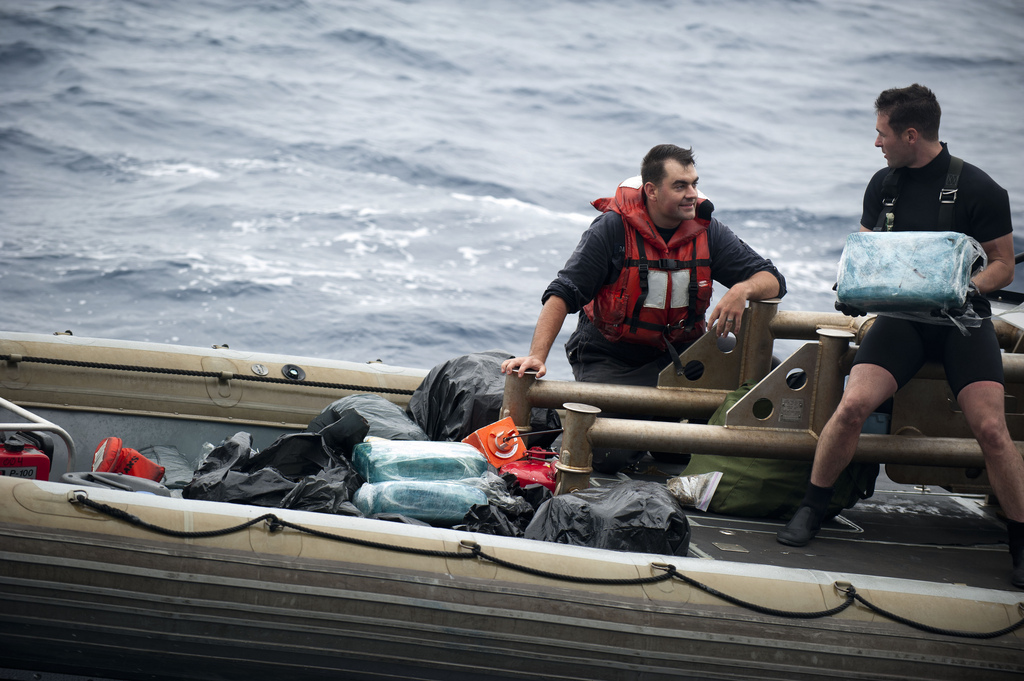 Well, legalized marijuana in the United States has put a dent in sales by Mexico-based drug smugglers.

So they’re pushing cheap heroin and methamphetamine instead, according to seizure statistics from federal law enforcement.

Domestic weed is better quality than the cannabis smuggled in bricks from Mexico, and as people turn to legal businesses instead of street dealers, the amount of marijuana seized on the U.S.-Mexico border fell 37 percent since 2011, according to The Washington Post.

It’s not that smuggling has stopped. Farmers just switched crops.

Made-in-the-USA marijuana is quickly displacing the cheap, seedy, hard-packed version harvested by the bushel in Mexico’s Sierra Madre mountains. That has prompted Mexican drug farmers to plant more opium poppies, and the sticky brown and black “tar” heroin they produce is channeled by traffickers into the U.S. communities hit hardest by prescription painkiller abuse, off­ering addicts a $10 alternative to $80-a-pill oxycodone.

The 2,181 kilograms of heroin seized last year is about triple what was seized in 2009, the Post reported.

Across the country, drug users have increasingly turned to heroin when the opioid painkillers they’ve been taking become too expensive or too scarce. Often, these medications were prescribed by a doctor for legitimate pain, but because the pills are so powerful, the user is left with a physical craving for opiates.

As a result, heroin has cut across our communities – rural, urban and suburban. Treatment facilities are often overwhelmed, yet only a fraction of users actually get addiction help.

Pennsylvania has been particularly hard hit.

The state ranks third in heroin use nationally, with an estimated 40,000 users. Drugs cost the state $5.3 billion annually. Meanwhile, as PublicSource reported yesterday, the state agency expected to save lives and cut that cost gets only about half a million dollars each year in state money for general operations.

Meth is also largely an import. Only about 10 percent of the drug sold in the U.S. is actually cooked here, according to the Drug Enforcement Administration.

Marijuana has been approved for either medicinal or recreational use by voters in 23 states and the District of Columbia, the Post said.

Heroin and meth are easier to smuggle because they are easier to conceal than big bricks of marijuana, the story said. Traffickers from Colombia and the Caribbean had previously cornered the heroin market in the eastern half of the United States.

Now, the majority of the drug comes from Mexico.

The U.S. has an estimated 600,000 heroin users, according to the DEA. That number has tripled over five years, according to the newspaper. Millions more abuse painkillers, meaning many more could turn to heroin in the future if those pills become hard to find.

Not to worry, the cartels are happy to provide cheap, potent (and deadly) product.