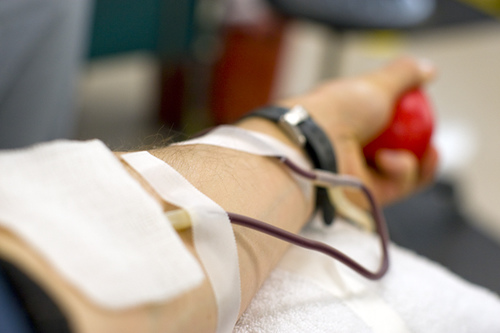 Twenty-four U.S. senators have put pressure on the U.S. Food and Drug Administration [FDA] to lift a ban that has barred gay men from donating blood for more than 30 years.

Massachusetts Sen. Elizabeth Warren and openly-gay Wisconsin Sen. Tammy Baldwin, both Democrats, penned a letter to the head of the FDA on Monday, asking the administration to lift its longtime “discriminatory” restriction on gay men who wish to donate blood.

The ban originated in 1983 when the AIDS epidemic broke out and specialists knew very little about the disease other than that it typically affected gay men.

In light of the tragic shooting at a gay nightclub in Orlando, Fla., on June 12, which left 49 people dead and 53 wounded, Sens. Warren and Baldwin note the urgency of their request to lift the ban:

During times of tragedy, the American people are quick to demonstrate their resiliency and mobilize in solidarity with victims and affected communities. We have witnessed that compassion as Floridians quickly lined up to donate blood for the wounded. Yet, some of those most touched by this tragedy — members of the LGBT community, who are especially eager to contribute to the response effort — are finding themselves turned away. Due to the FDA’s current MSM [men who have had sex with other men] deferral policy, many healthy gay and bisexual men remain prohibited from donating needed blood.

Sens. Warren and Baldwin requested that the FDA update its new one-year deferral policy, which allows gay men to donate blood only if they have refrained from sexual activity with other men for more than a year.

The senators call the deferral policy “the first step toward ending discrimination,” but also note that it perpetuates inaccurate stereotypes about the LGBT community and remains a de facto lifetime ban for many gay men.

While the FDA’s deferral policy decision last December does allow gay men to donate if they are celibate, not all blood banks have adopted the new standard.

OneBlood, Orlando’s primary blood bank, did not accept donations from gay men under any circumstances as recently as last week, after the Pulse nightclub shooting, according to The Hill.

However, Central Blood Bank — a nonprofit blood center in Pittsburgh — said that it follows every rule the FDA has mandated.

“We are required by law to follow the FDA’s policy. We are a highly regulated industry,” a representative told PublicSource.

Groups like the American Medical Association say that this practice is medically unwarranted, though, according to The Hill.

The FDA disagrees, stating that there is not enough scientific research available to back up the claim that it is safe for gay men to donate blood.

"We empathize with those who might wish to donate, but reiterate that at this time no one who needs blood is doing without it," spokeswoman Tara Goodin said in a statement provided to Reuters. "That being said, the FDA is committed to continuing to reevaluate its blood donor deferral policies as new scientific information becomes available."

The group of lawmakers who signed the letter expect a response from FDA Deputy Commissioner Robert M. Califf by June 30.