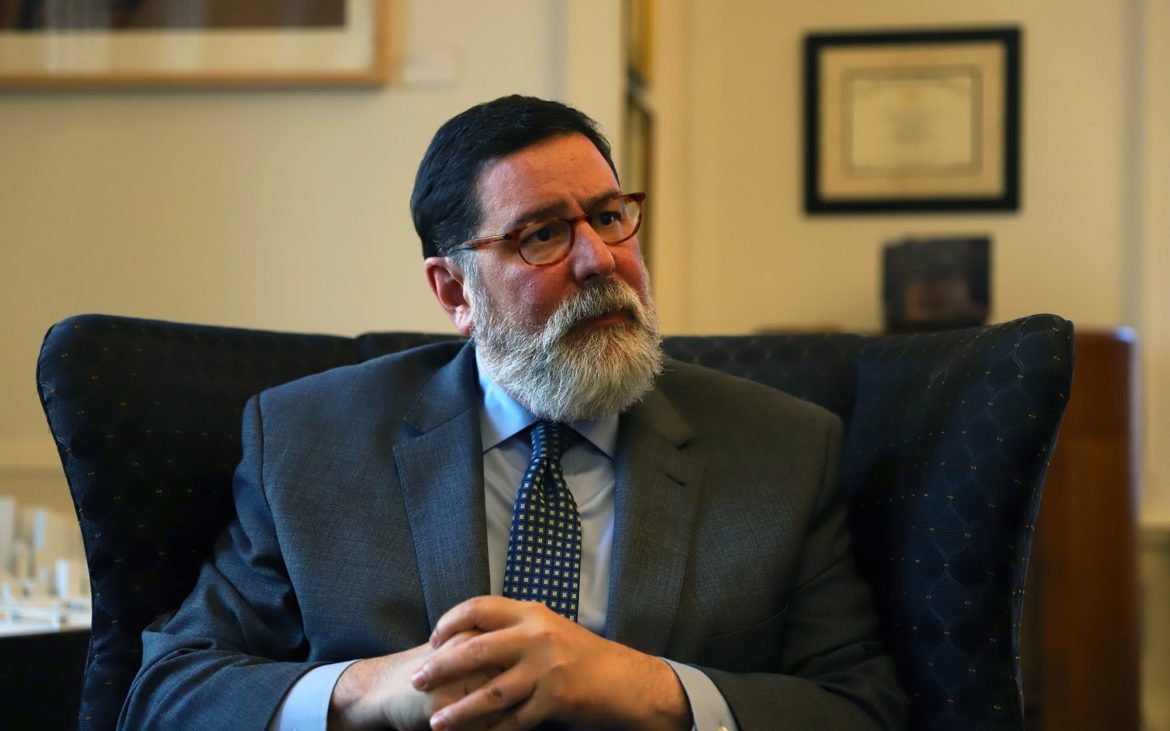 The City of Pittsburgh's government has contingency plans to continue to function even if two in every five employees gets sick, Mayor Bill Peduto said Thursday in a wide-ranging phone interview about the city's response to the coronavirus crisis.

The city’s elected leader — fresh off a week of self-quarantine and now splitting time between home and the City-County Building — talked about the crisis’ budgetary effects and limits on the federal aid available; preparation for the potential need for field hospitals; the need for patient adherence to social distancing and other mitigation measures; and the long road to recovery.

“This is not a day-to-day or week-to-week situation. This is a month-to-month and year-to-year situation," he said.

The city has worked with state and federal authorities and with the area's two major health networks to identify space that can be used to care for sick people if the hospitals become overwhelmed, Peduto said.

He noted that the city does not have the power to allow the provision of medical services in non-medical facilities — that role is relegated to state and federal agencies.

But the city is prepared for "expedited permitting in order to be able to set up mobile hospitals if necessary,” he said. He listed city facilities, dormitories and even tents as options.

Economic impact on the city

All medium-to-long-term priorities have been shelved — possibly for quite a while. That may mean no or slow progress, for now, on priorities like new affordable housing, a comprehensive plan for city development, and the long-promised One PGH plan for nonprofit contributions to city priorities.

“In terms of immediacy, they have been put on the back burner," Peduto said. "Anything on the larger projects and the long-term plans will be affected over the course of the next several years by the implications of the virus on our economy. So our focus will be on the immediacy of individuals who have lost jobs or those that are presently underemployed to make sure that they are able to get by month by month, over the next four months. And then to work with small business owners who either are at risk of losing their businesses or will have lost their businesses because of coronavirus.”

In the medium term, city government may experience some increased expenses — especially if public safety workers are required to work overtime — even as "our revenues will come up short from our projections. ... We’ll operate this year from a deficit, which thankfully we have a reserve fund" to cover some shortfalls.

In the next few years, he warned, city government "may be different from what we’ve seen over the last six years.”

The city's balanced budget may be blown by the operational and economic effects of the new coronavirus that has virtually shuttered the economy, and federal aid to address that challenge may not be on the way, he warned.

The federal stimulus bill, as currently written, includes aid for cities with more than 500,000 people — a threshold Pittsburgh doesn't meet, he said. The U.S. Conference of Mayors has urged Congress to broaden the package to mid-sized and smaller cities.

“The only city in Pennsylvania will be Philadelphia that will receive assistance from the federal government. That’s a failed policy, and that needs to be amended, either in this bill or a companion bill," the mayor said.

Peduto said that based on federal government guidance, the city began two months ago to craft a plan "to be able to operate the city with up to 40% of the workforce out. And I think that we’re pretty well prepared.”

He did not detail the plans but said the city has looked at all of its roughly 3,500 employees to determine which duties can be done at home versus which require field work.

So far, he said, city staffing has not been hit hard by the virus.

The mayor saw a hint of a silver lining.

“As you start to look at the discussions that are occurring on a national basis, the extreme viewpoints from the left and the right are being muted and the practicalities of government serving the people, and in the most effective, efficient and equitable ways of doing so, are taking the forefront," he said.

"And this is the first time we have had discussions, since 2016, where it hasn’t been dominated by the far left and the far right. If you see what’s happened in Washington and Harrisburg, things are actually getting done.”

Peduto acknowledged the personal toll of social distancing, business closures and stay-at-home orders, but urged city residents to be patient and to put it in perspective.

"There is no magic day when things go back to normal. We are in this for the long haul, and looking at data from Asia and Europe, we are looking at a minimum of 10 weeks."

He said he's heard the concerns of "individuals that this has been a burden, either on individual lifestyle, or my only business, or my only employment. I recognize that it has, and that it will continue to be.

"But in light of what others sacrificed in generations before us, going overseas and fighting wars for years, being asked to sit in your home for weeks is the least we can do for our country.”