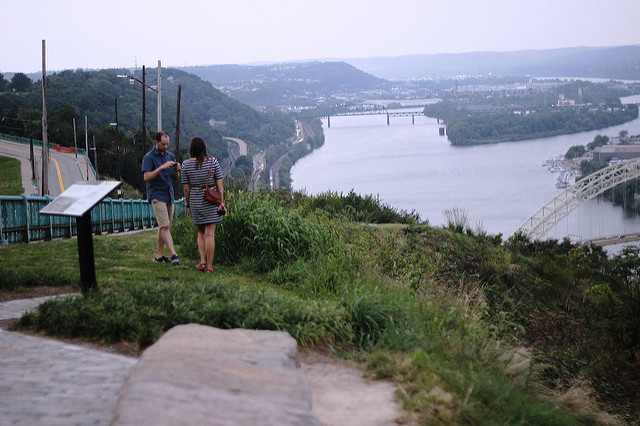 Overlooking the rivers in Pittsburgh

More than in any other major Pennsylvania city, Pittsburgh’s young adults are living on their own instead of moving in with mom and dad.

One possible explanation is that Pittsburgh’s college students are skewing the data. While students living in dorms aren’t counted, those who live in apartments or in off-campus housing are included and they may be substantially contributing to Pittsburgh’s young population living alone or with roommates.

Not many young adults in Pittsburgh live with their parents compared to the rest of Pennsylvania’s large cities and the nation. Reading (37 percent), Scranton (35 percent), Philadelphia (34 percent), Erie (31 percent), Allentown (31 percent) and Bethlehem (30 percent) were all near the national average of 34.1 percent.

Young people may choose to live with their parents because finding an apartment is too expensive. That could explain why expensive states surrounding New York City (New York, New Jersey and Connecticut) were the three states with the highest percentage of young adults living with their parents. Nearly 47 percent of young adults in New Jersey lived at home, followed by 42 percent in Connecticut and 41 percent in New York.

Previously, living arrangement data had only been available on the national and regional levels. Earlier this year, the Pew Research Center said more young adults nationwide were living with their parents than with a spouse or partner. It was the first time that had been true in more than 130 years.