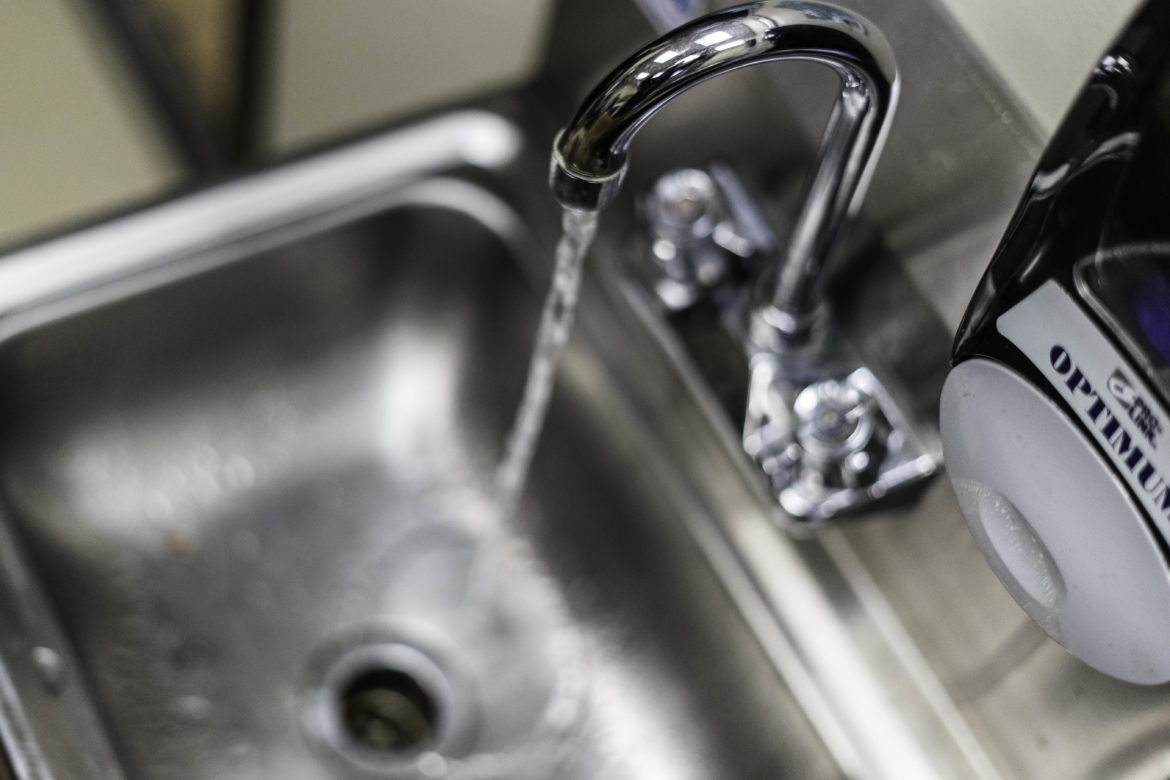 First, it was the water meters. The Pittsburgh Water and Sewer Authority installed new ones in 2014, and they didn’t work right. Some people received extremely high water bills. Some didn’t receive any bills at all.

Next, the PWSA found high lead levels in Pittsburgh’s water — a known health risk for all, especially children and pregnant women. Then, about two weeks ago, chlorine levels were too low and nearly 100,000 people in 26 East End neighborhoods were asked to boil their water before drinking it.

It’s been no secret PWSA has been having problems and making consumers justifiably angry.

Many of the problems seem to stem from or were exacerbated during the time that PWSA was managed by Veolia, a private water corporation that has been blamed for the lead problems in Flint, Michigan.

Now, though, the city and state governments are trying to fix it. On Thursday, Pittsburgh Controller Michael Lamb released an audit of PWSA that explained how and why many of the problems with PWSA had occurred.

Going over the multitude of problems, Lamb noticed common threads — a lack of leadership within PWSA, unauthorized changes often to cut costs, and little accountability. (You can read the full audit here).

Standing next to him at a podium, state Auditor General Eugene Depasquale announced his office would conduct a separate audit of the organization to see if blame falls solely on PWSA leaders or if there is shared responsibility with the agency’s overseers, like the Department of Environmental Protection, the Environmental Protection Agency and the Allegheny County Health Department. With one audit done and another due later this year, here’s a look at what’s gone wrong and what’s being done to fix PWSA’s problems:

Why were my water bills out of whack for more than a year?

As Lamb put it on Thursday, a “perfect storm of mistakes and incompetence” caused the problems with PWSA’s billing system.

In 2014, the PWSA changed their metering system — the way they figure out how much water a person is using and how much to charge for it.

The new meters might have overestimated how much water you use. An older meter might not have added your data into the new collection system, meaning you could fall behind on getting billed.

The PWSA also outsourced different steps in the billing process to separate companies.

One company collects the data. Another links the data to your PWSA account. Then a separate billing company transfers it all yet again in order to bill customers.

Each step adds room for error.

Also, once the PWSA realized its older meters weren’t compatible with their new system, they shut off the old meters. This means the PWSA might not have monitored your water use for months — which means you would have gotten an estimated bill, or none at all.

Lamb himself reported getting no bill at all for nearly a year. When billing restarted, the lump sum due could come as shock.

Is there lead in my drinking water?

The short answer? It depends.

PWSA is certain that when water leaves its treatment plant, there is no lead in it. Lead and other contaminants enter the water once it is traveling through pipes on the way to homes. The agency estimates that 20 percent of the city's service lines, which run from the main lines to the home, are made of lead. The problem is that PWSA doesn’t know where those pipes are and can only replace them when they find them. PWSA officials say they can’t replace the lead pipes that go directly to homes and other buildings because they’re on private property.

What is PWSA doing about lead in the drinking water?

Currently, PWSA is building an interactive map of where all the lead pipes are, but it won’t release that map until the summer and won’t complete it for several years.

In order to keep lead levels as low as possible, PWSA adds chemicals to the water that keep the pipes, including the lead ones, from corroding. For years, PWSA used a chemical called soda ash to do this. But in 2014, when the company Veolia managed PWSA, the organization stopped using soda ash and began using caustic soda instead because it was cheaper. The Pennsylvania Department of Environmental Protection never approved this change. That means PWSA violated the rule that said it had to use soda ash.

Lamb said in his audit that legal action should be taken against Veolia, or they should be fined. The PWSA is currently suing Veolia for $12.5 million in damages from billing and corrosion issues — about as much as the company was paid by the PWSA.

Kits to test your water for lead are available for free. You can request one here.

Testing for lead done in July last year showed that lead levels have risen compared to 2013 levels, the audit said. Last January, PWSA went back to using soda ash. The DEP is requiring PWSA to mail out educational materials about lead to its customers and replace at least 7 percent of the lead pipes every year until lead levels go down. PWSA currently offers free lead testing kits that they send out and evaluate for free.

Who is running PWSA and why have there been so many problems?

“When you don’t have consistent, competent leadership, you have a problem,” Lamb said.

According to Lamb, this “leadership failure” meant the authority couldn’t meet long-term goals, as each executive director pushed in their own direction.

He also blamed the PWSA’s board for not holding the authority accountable.

“The board can’t just accept what’s presented to them by the executive director,” Lamb said. “The board had to be engaged in the decision-making, and it doesn't seem that’s happening.”

The board is led by Alex W. Thomson, a Pittsburgh attorney appointed by Mayor Bill Peduto in 2014. Members are appointed to five-year terms by the mayor.

After the audit was released, Thomson released a statement thanking Lamb for his work.

“The Authority’s Board of Directors and Executive Team are currently reviewing the findings and will implement all appropriate actions for improvement,” Thomson said.

What can I do?

PWSA has been holding public meetings to discuss lead in the drinking water and other problems people are having since October. The schedule of upcoming meetings is here. You can also contact your city council representative or Pennsylvania state legislator.

Update: This story was updated on 2/19/2017 to clarify that PWSA's estimate that 20 percent of pipes are made of lead pertains only to service lines, which run from water mains to homes, not all of the city's pipes.

2 thoughts on “Pittsburgh’s water authority situation is a “perfect storm of mistakes and incompetence.” What’s going on with our water?”