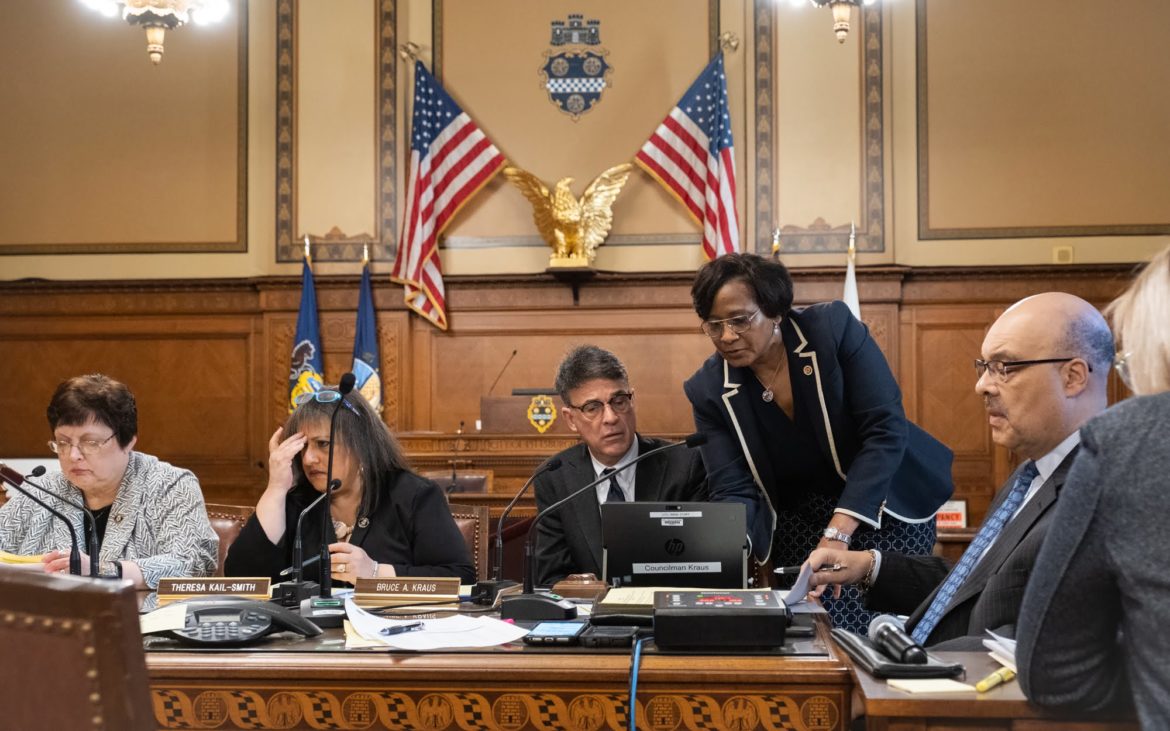 In the new year, Pittsburgh residents will have access to more information about the contracts the City of Pittsburgh pays for with their tax dollars — before those contracts are signed.

Each year, the city spends millions on contracts for everything from rock salt and office supplies to consultants and arrangements with organizations that provide services to residents.

Currently, residents can view city contracts online after they’re signed or tune into City Council meetings when contracts are discussed. But a new law set to take effect in January will compel the city’s budget office to provide more information about contracts and who bid on them to City Council and, in turn, the public.

The changes will allow residents to access more information and voice their opinions about contracts that go before City Council prior to any votes or signatures. In legalese, the changes expand the amount of information included in the city’s fiscal impact statements, which are documents provided to City Council members about a contract the city is seeking.

The information will be posted on the city’s Legistar website — a repository of City Council agendas, legislation and videos of meetings — as an attachment to council legislation as soon as a contract is proposed, according to City Clerk Brenda Pree.

The legislation expanding what information will be made public received broad support from City Council as well as City Controller Michael Lamb and Mayor Bill Peduto.

“This is the right discussion to be having about transparency so that we all have the same information, not just council and the administration but also the public,” Councilwoman Deb Gross said at a council meeting in July when council was discussing the legislation.

Lamb said all documentation related to bids and city contracts should be made publicly available.

“When we award a contract, I think the public has a right to feel confident in that decision,” he said. “You're making public decisions. You've got to be able to justify them.”

“The mayor supports expanding the fiscal impact statements, and of course signed the council bill,” McNulty wrote in an email. “The administration routinely forwards this kind of information to council already, so formalizing that a bit more is not a problem.”

The new fiscal impact statements will include the following information:

City Council members have the ability to request the above information already, but it’s not done automatically and takes time for administration officials to prepare. The new legislation makes all the information available up front.

The changes stem, in part, from a PublicSource investigation published in February 2018 that detailed the Pittsburgh Bureau of Police’s work with the Plum-based IT contractor B-Three Solutions. That investigation revealed the police had spent hundreds of thousands of dollars on software and other projects that were paid for but not implemented. The investigation also showed that the city commissioned B-Three projects using a contract mechanism known as piggybacking. Piggybacking means the city uses contracts approved by other governmental entities without renegotiating them or requiring City Council approval.

Two months after PublicSource published its investigation, City Council passed a resolution that formed a Special Committee of Council to establish a process of “reviewing Request for Proposals by Council prior to the submitting of legislation for a payment agreement.” That committee’s work led to City Council passing the fiscal impact statement legislation in July.

Those who worked on the legislation, including Councilwoman Theresa Kail-Smith and City Council Budget Director Bill Urbanic, also said they had concerns about other contracts that compelled them to pursue the fiscal impact statement legislation. In the case of one contract, Urbanic said there was only one bidder when he expected to see more.

“So I want to know that [there was only one bidder] on a fiscal impact statement ahead of time,” he said. “Was the RFP written properly? Did it get sent to the right people? Do we have to be more aggressive?”

Urbanic said there was “nothing nefarious” about that contract but, if council had more details about the bidding process, members could have asked questions of the administration. 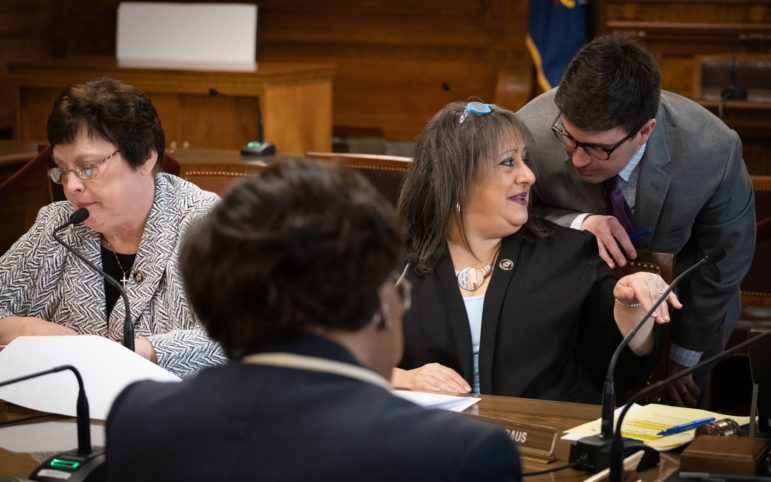 Kail-Smith said she and council’s women’s caucus — whose four members all sponsored the bill — ultimately pushed the legislation forward because they wanted council to have more oversight over city contracting.

“We just want to be careful we're not giving just anybody a contract,” she said. She said she wants the city to avoid contracting with companies that “can't do the job, but yet they knew somebody.”

Kail-Smith also said she got behind the bill because it could help council work more efficiently. By having more information about contracts up front, she said, there would be fewer delays because council wouldn’t have to wait for the administration to collect basic information members may want, such as a copy of a request for proposals.

“We don't have to wait and hold it until somebody can ... meet with us and give us information,” she said. “I said, ‘To me, that's part of it.’ The other part is that it gives us the transparency that we would like [and] it removes some doubt as to how the process occurred and the contract was awarded.”

Councilwoman Darlene Harris, who served on the board of directors of Pittsburgh Public Schools for eight years in the 1990s and early 2000s, said she supported the legislation because she believes information about contracts and bids should be made public upfront. That’s how the school board worked when she was there, she said.

“I think that [information] should be readily available,” she said. “We did that with the school district, it's not too hard to do.”

“There’s a reason why financial records in the Right-to-Know Law are the most public of all the records."

One of the sticking points as the legislation was being drafted, Urbanic and Kail-Smith said, was how much information the Office of Management and Budget [OMB] would be willing to give council.

Former OMB Acting Director Jennifer Olzinger wrote in a letter to City Controller Michael Lamb earlier this year that the Pennsylvania Right-to-Know Law “prohibits the posting of ‘internal deliberation materials’ of which scorecards and committee lists are considered to fall under.”

That position ultimately led to council agreeing to accept score criteria rather than full scorecards and a list of departments represented rather than a list of people on the search committee.

Erik Arneson, the executive director of the state’s Open Records Office, said that while the Right-to-Know Law includes several exemptions of documents that can be withheld, the law doesn’t prohibit an agency from releasing those records.

“It’s a fundamental proposition that the Right-to-Know Law doesn’t prohibit anything from being withheld,” he said. “Those exemptions are optional.”

In addition, Arneson said, the law is clear that records related to government finance ought to be available to the public.

“There’s a reason why financial records in the Right-to-Know Law are the most public of all the records,” he said. “When you’re dealing with matters of the purse, transparency is most important.”

Lamb said he wouldn’t have a problem with scoring sheets being made public. He advocates for full transparency in cases when the city is seeking the lowest possible bid.

“I think everything should be public so we can see what everyone bid. Even when we only have one bidder, we should still put that stuff out there,” he said.

Ultimately, Kail-Smith said, expanding fiscal impact statements isn’t aimed at Peduto’s administration or any city department leader. Rather, she said, it’s about ensuring that the city has the information it needs so it can spend taxpayer money appropriately. She wants the city to take a step back and make sure it has the information needed to act in the best interest of residents.

“If there's a better opportunity to save some money somewhere, better services, we should be looking into those things,” she said.