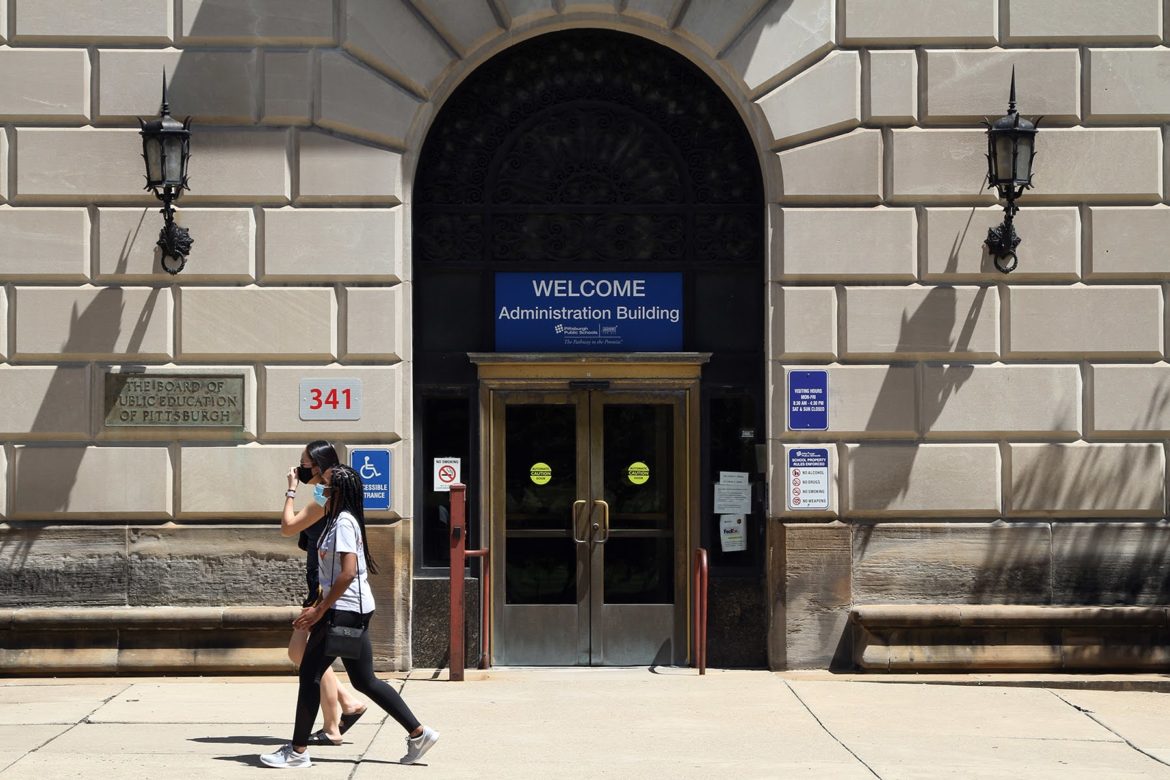 At Pittsburgh Public Schools, there is a rule dating back to 1981 that requires employees to live within the city limits. The district maintains that the rule, enforced and upheld by the school board, exists because staff become more embedded in the community and connected with families, so they’re better able to understand the students.

But the requirement only applies to some employees — specifically, those whose jobs don’t require a professional certificate. That includes paraprofessionals, secretarial staff, food service workers, custodians and other non-professional district staff. District solicitor Ira Weiss estimates about 2,500 staff members live under the mandate.

People with a professional certificate as part of their job get to choose where they live. That includes more than 2,500 teachers, counselors, social workers and principals.

The requirement, or Board Policy 308, has been challenged multiple times before — most recently in 2015 and 2017 by the union, which represents both worker groups. In recent months, the debate has flared up again.

Opponents to the rule say it's discriminatory and impractical because it only applies to some staff, amid rising living costs in the city and stagnant wages. Policy waivers are only considered in a handful of instances, such as marrying a person who is required by their job to reside beyond the city.

Weiss said the policy isn’t discriminatory because it applies to every employee, except teachers and other employees with required professional certifications, “so we’re not picking out a particular group of employees.”

He also said the school board likely wouldn’t rescind the policy, because they agree it’s “a sound policy. It’s advantageous to the district and the families of the district.”

Living in the community, pros and cons

The school district, Weiss said, is large and diverse with a significant population of English Language Learning students, and because of that, there’s a “real importance” that teachers live local and “have a stake in the community.”

“We believe that the school district is large enough and the housing opportunities are diverse enough that the pros of having that kind of a workforce outweigh any negatives,” he said.

Weiss said the district would want the same for teachers if the state Legislature allowed that for the district. The residency requirement for teachers was overturned in 2001 as part of a larger bill by state lawmakers, primarily due to difficulties in Philadelphia to attract teachers.

Pittsburgh Pioneer paraprofessional Debra Harris sees it differently. She wrote to the school board in January:

“...Trying to live on a paraprofessional salary [in the city], especially in a single-parent home, is becoming impossible,” Harris said. Many paraprofessionals (or paras), she wrote, have “been forced to take a second job to provide even the most basic necessities for their own children.”

Harris said she will reach retirement age in a few years. “... [A]nd like many other paraprofessionals as retirement approaches, I started to consider what my living expenses and budget would look like in retirement. The item that looms largest for us paras is health care.”

Camie Hubbard, a teen parent advocate at Pittsburgh Perry High School, submitted testimony to the school board, saying that “lesser paid employees who are forced to live in the city are suffering from financial hardships” because living costs are higher in the city than in surrounding areas.

“How do you expect us paras to prepare for our futures when we are barely making ends meet?”

Reports of increased water bills and rent costs in recent years point to rising living costs within the city.

Weiss said cost of living from his perspective, however, “is no higher in the city than it is, generally, in other places in western Pennsylvania. Secondly, the level of wages in the school district is very comparable to other school districts.” 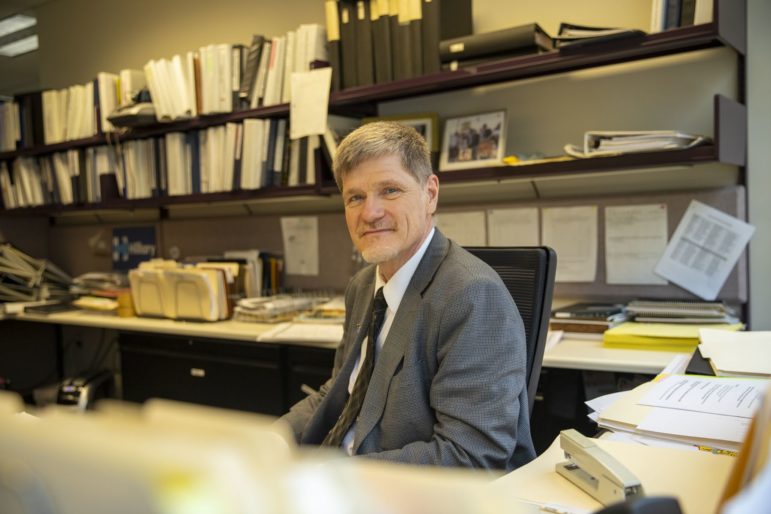 Billy Hileman in his office at the Pittsburgh Federation of Teachers headquarters. (Photo by Jay Manning/PublicSource)

Billy Hileman is a longtime teacher and union official who is championing the movement alongside staff members to abolish the requirement. Hileman said the Pittsburgh Federation of Teachers has proposed multiple times during the collective bargaining process that the district scrap the residency requirement for technical employees, clerical employees and paraprofessionals.

But the district has “no appetite for it,” he said.

“They say flat out, ‘No,’ but they don't have the courage, the employer does not have the courage to give an explanation to its employees directly: ‘We’re not going to lift residency and here's why.’ Never have they said that,” Hileman said.

Hileman said he agrees with workers who say the policy is discriminatory, “They're discriminated against based on the position that they hold with this employer.”

“Should the employer have the authority to be so involved in somebody's personal matters as to where they sleep at night, whether they can live in the house they inherit from their parents?” he said. “It's just plainly not fair, making people angry when they run up against it.”

While the presence of educators in their school community has been linked by research to higher levels of student success, a 2017 dissertation study from the University of Rochester on policy and student-teacher relationships found that there was no “significant relationship between whether teachers reside in or out of district and the strength of the relationships they have with their students.”

The union plans to continue its fight for these employees to pick where they live; PPS, on the other hand, has shown little interest in changing its policy.

After the story's publication, PPS spokeswoman Ebony Pugh clarified that the superintendent and "the majority of central office staff" must live in the city. The story has been updated to reflect that.