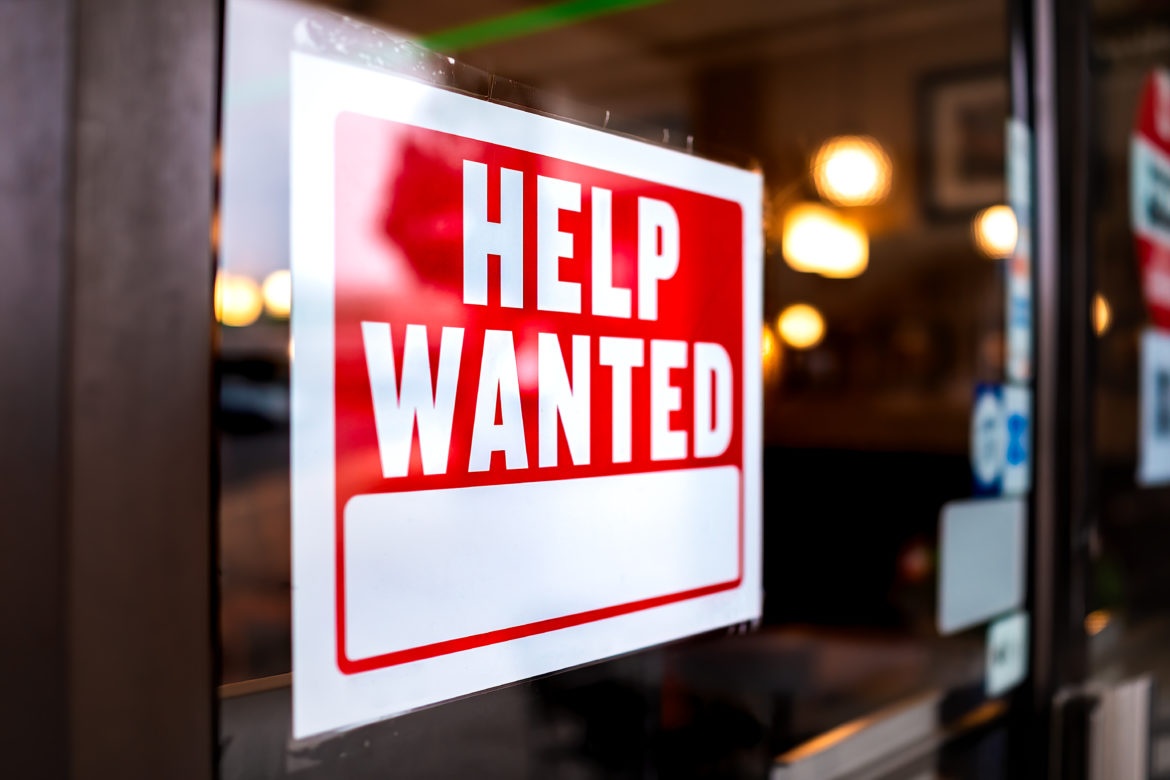 All Joe Ellis wants now is a chance to work.

Years removed from a minor criminal offense that turned his life upside down, he wants nothing more than to return to the workforce. But even as companies nationwide bemoan a shortage of available workers, Ellis, a Pittsburgh resident and trained chef, has been turned down for every position he’s applied to in the last year.

Ellis, 49, lost his most recent job at a warehouse in July 2020. Now he’s searching for work in food preparation or youth counseling, both reflective of his previous work experience, but he’s come up short.

“I’m to the point where I’m about to give up hope,” he said. 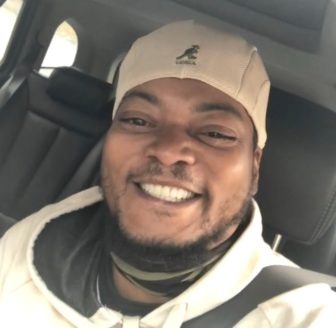 His experience isn’t unusual, even in today’s upside-down job market. Though many businesses struggle to find workers — even advertising $15 an hour for jobs that typically pay less — residents with criminal records and their advocates in the Pittsburgh area say opportunities aren’t always reaching people who have spent time in the justice system.

It’s an incongruity that pokes holes in a common narrative about the labor shortage: that workers are unwilling, or unmotivated, to return to work during the pandemic. And it shows how stigma and other barriers can prevent people with criminal records from finding work, even as employers struggle to fill jobs.

“There's still work to be done … to really allow them to see this untapped talent, and this untapped workforce,” said Abby Wolensky, director of the McKeesport-based Employment Institute at Auberle. “It's just always been a challenge.”

In the midst of a labor shortage, an untapped supply of workers

Neither did Wolensky, or Katrina Kadisevskis of regional workforce development agency Partner4Work.

People with criminal records face unique obstacles when trying to reenter the workforce, including a lack of training, food or housing insecurity and employer bias. Those obstacles can translate to unemployment rates 5 times higher than the general population, according to a study by the Prison Policy Initiative.

Nearly 3 million Pennsylvanians have a some sort of criminal record, meaning a broad swath of the workforce faces barriers to opportunities, even for minor offenses.

Mennitti, Kadisevskis and Wolensky all strive to remove those barriers, while connecting the people who’ve been in the justice system with training, resources and potential employers. Agencies like theirs work directly with companies to match them with qualified candidates they’d otherwise overlook or dismiss.

“We're really looking at breaking cycles of socioeconomic distress and poverty that we often see in the communities that we serve."

Mennitti, a job developer and case manager for Pittsburgh Community Services, Inc. [PCSI], said he hasn’t made much headway in convincing employers to hire people with criminal records. His clients “want to prove that ‘Hey you know that was a mistake that's behind me now,’” he said. “They're ready to move on, but they're just not getting that opportunity.”

Wolensky has seen recent progress in the healthcare sector, but not a sizable, economy-wide shift in employer attitudes since the onset of the labor shortage.

When individuals who’ve been in the justice system are committed to finding work and putting their past behind them, they still run into policies that limit their employment opportunities, or employers that struggle to overlook their records.

“Justice system involvement, whether it's an arrest or conviction on your record really can impact your work history, your educational attainment, your social networks,” Kadisevskis said. “So that really does set you back in a competitive workforce.”

In Pennsylvania, businesses can only deny applicants based on their criminal records if it affects their “suitability for employment” in the particular position, and must inform applicants in writing if they were rejected over their record. But that can be hard to enforce, especially when employers make decisions without any stated reason.

Ellis is familiar with the experience. He’d apply for jobs, get invited for an interview, then be transparent with his interviewer about his criminal record. A few days later, he’d get a call saying he wasn’t what the employer was looking for.

Here, social services and workforce development agencies can make a difference. They connect people who’ve been in the justice system with training and education programs, help them expunge some criminal records and teach them how to present themselves to appeal to employers.

But if businesses are in such need of workers, why don’t workers with criminal records have better luck?

Beyond stigma, some workers face systemic barriers such as housing, transportation or mental health challenges that follow many people who leave the justice system.

Kristen Broady, a fellow at the Brookings Metropolitan Policy Program and professor of financial economics at Dillard University, noted companies might also be reluctant to change long-term procedures to make hiring easier if they can just wait out the labor shortages instead.

“If your policy and your hiring process and your background check process and all of that — everything that you've been doing at your company — says that we are not hiring people with a criminal record, then it takes time to change that,” Broady said.

Chris Briem, a regional economist at the University of Pittsburgh, pointed out that local businesses that have already learned to operate with fewer workers have a particularly strong reason to wait out the shortage: the returning student population.

Kadisevskis noted that some industries with the greatest job growth — construction, logistics, and transportation — are traditionally welcoming of people who’ve been in the justice system, though some might require specialized training. 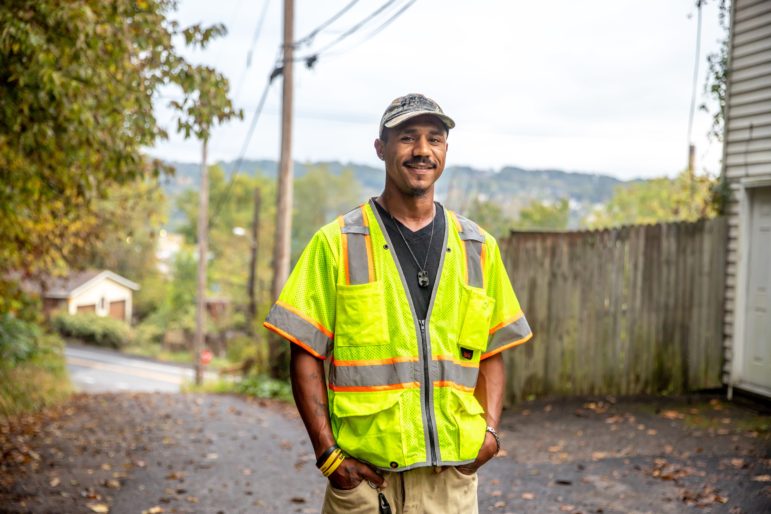 Eric Edmondson has been working for six months as a crew leader for a traffic control company. (Photo by Kaycee Orwig/PublicSource)

But the largest number of available positions overall, she said, are in healthcare, banking, food service and retail, where the picture is more mixed.

“We're really looking at breaking cycles of socioeconomic distress and poverty that we often see in the communities that we serve,” said Wolensky. She noted that Auberle focuses on placing people in positions that pay upwards of $15 an hour and offer opportunities for advancement. “We're truly focused on positions where those individuals have the ability to have that career ladder.”

Mennitti and Wolensky stressed that it’s crucial for people to have access to basic resources when leaving the justice system — and compassion from employers. Even a qualified and committed worker will struggle to find a job if they lack access to food, shelter or reliable transportation, or are struggling with mental health and trauma.

“The biggest change that needs to happen is really teaching employers and companies about the trauma of being involved in the criminal justice system,” Wolensky said.

‘Everybody deserves a second chance’

While obstacles for people with criminal records in any kind of job market can seem daunting, there are reasons for hope.

Eric Edmondson, 31, of Stowe Township has been working for six months as a crew leader for a traffic control services company. As a client of PSCI, he hasn’t noticed a lack of jobs in his field so far. But he knows others who have left the justice system have faced greater hurdles in reentering the workforce in the Pittsburgh area.

In 2018, the adoption of the Clean Slate bill allowed for the automated sealing of records of certain offenses, and in January, the statehouse passed another bill that eliminated the need for individuals to pay court fees before records could be sealed.

While the labor shortage may not have erased existing barriers to reentry, it has forced companies to offer better wages and benefits, Wolensky said.

And some businesses are actively recruiting people who’ve been in the justice system. 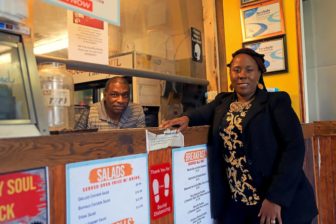 “We've always opened our doors to people who have had life struggles,” said Kamahlai Stewart, co-owner of Munhall-based House of Soul Catering. Stewart’s small business has hired multiple workers who were on probation.

Stewart is seeking new employees, and has posted on Facebook an invitation for workforce reentrants to apply. She views it as a community responsibility, and one that the Pittsburgh business community should commit to — to keep people out of the justice system, she said, companies have to give them an opportunity to work.

“It's like you're recharging them, because now they can't get ahead, they can't take care of their family,” she said. “Everybody changes. Everybody deserves a second chance.”

Where they face roadblocks, people who’ve been in the justice system can also try to create their own opportunities.

That’s what Ellis is doing. Between applying for positions, he’s been working towards a longtime dream of launching his own small business: a food truck, to start, with aspirations to eventually open a storefront that he and his kids can run together.

A 15-to-20 seat diner, he imagines. Their own family restaurant.

Mennitti and PCSI are helping him with that, as well as with getting his record cleared.

“I'm so looking forward to this. I’ve got a business plan set up,” Ellis said. “You know, it’ll happen one day.”

Chris Hippensteel is a freelance writer based in Syracuse and a former PublicSource intern. He can be reached at chrishipp15@gmail.com.

This story was fact-checked by Elizabeth Prall.