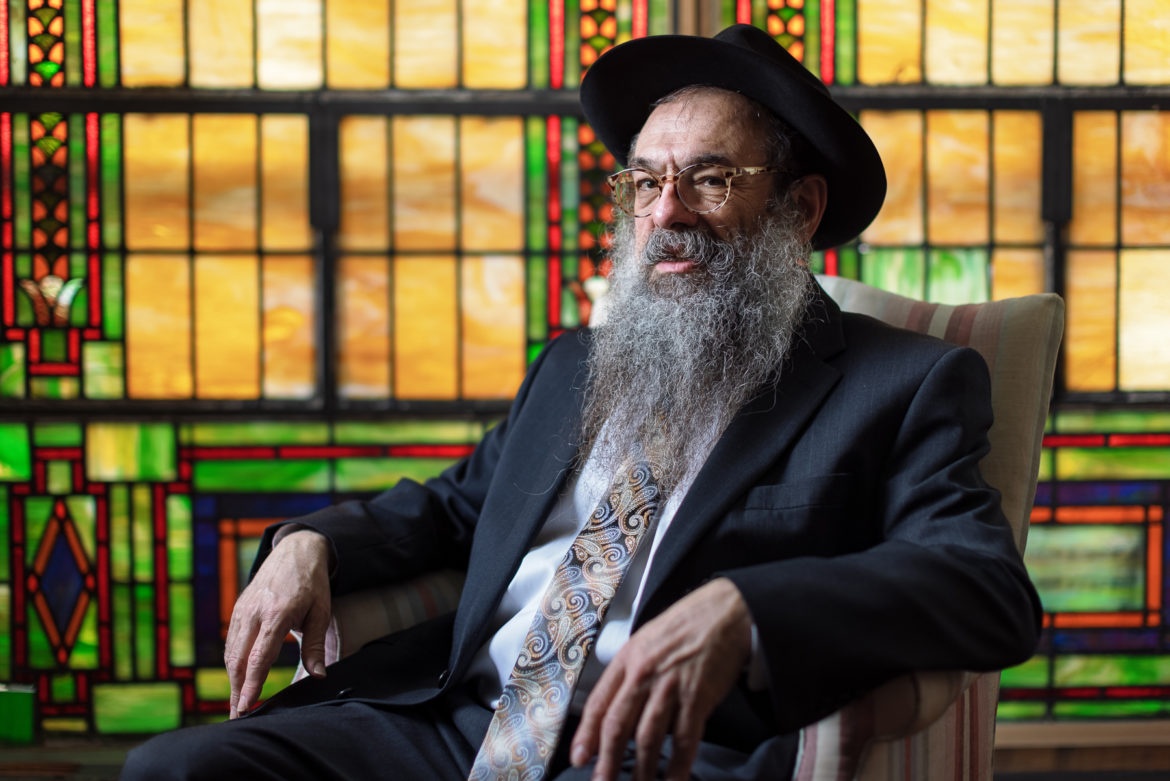 Rabbi Moishe Vogel, executive director at the Aleph Institute- North East Region, offers pastoral care to Jews who are incarcerated. Even before the pandemic, he saw people struggling with their mental health. COVID made that all the worse. “It was a terrible time,” he said. (Photo by Quinn Glabicki/PublicSource)

This article was co-published with the Pittsburgh Jewish Chronicle. Click here to get the Chronicle's free newsletter delivered to your inbox.

As to the amount of time he spends doing it, though?

“For many of us, it’s most of our pulpit,” he said.  When people reach out with mental health concerns, Greenbaum said his primary role is to help connect them with licensed therapists and other resources. Still, it makes mental health a huge focus of his work.

And that was before COVID. Since then, the demand has only grown. 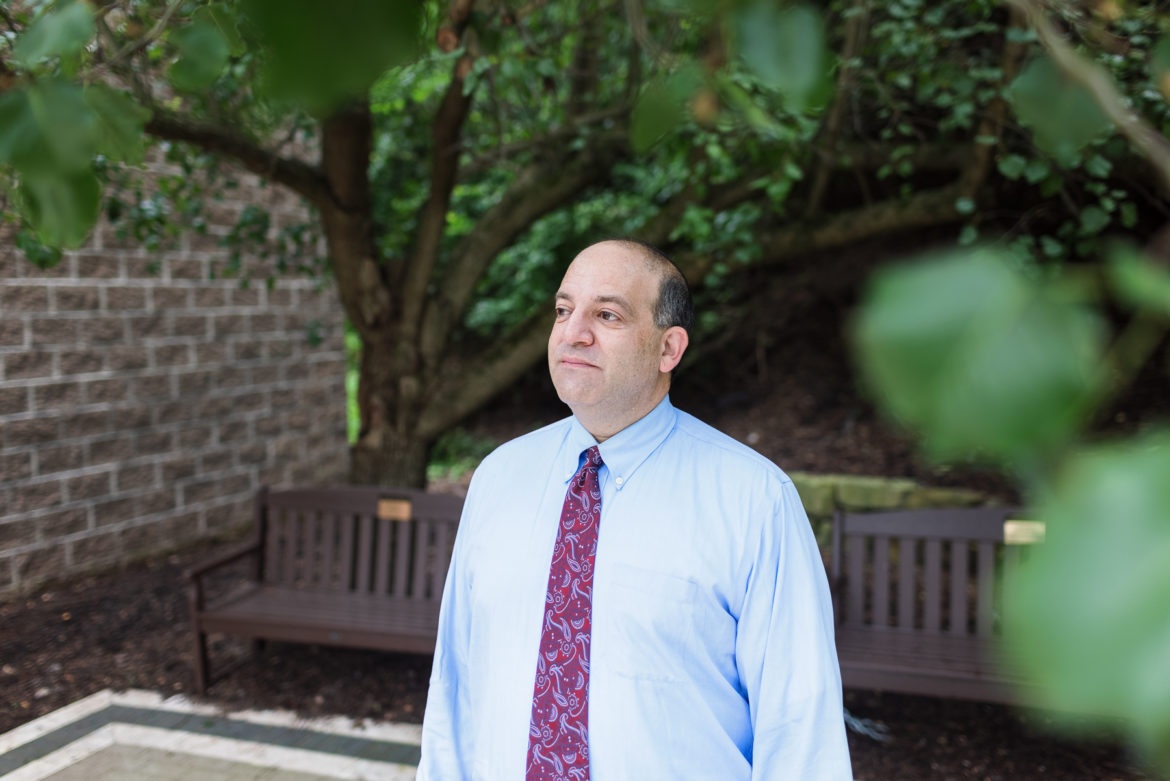 “COVID was a disaster,” said Rabbi Moishe Vogel, executive director at the Northeast regional branch of the Aleph Institute, which serves people who are incarcerated or at risk of incarceration due to mental illness or addiction. “COVID was terrible for many reasons. It was a terrible time.”

Vogel saw in his work in prisons and group homes a heightened version of the mental distress being experienced everywhere, he said. People were overwhelmed and afraid. Those who were isolated “suffered a lot.”

Normally, this time of year — the days leading up to Yom Kippur, the Jewish Day of Atonement, a day of teshuvah, or spiritual return — might be a time when people reflect upon their mental health and commit to self-renewal, said Rabbi Jeremy Weisblatt of Temple Ohav Shalom, a Reform congregation in Allison Park. Not this year, though.

“What I'm finding is the inability to even think because of the overload,” he said. “Are we closing down? Am I going to see others? Is the hug I'm giving someone going to kill them?”

Concerns of this order are as old as the Torah, Weisblatt said. In the Book of Samuel, King Saul’s “soul is afflicted” until the shepherd David comes to play his harp for him — a kind of “music therapy,” Weisblatt said. The Jewish tradition is full of such examples of people confronting pain and suffering.

The challenge for faith leaders, then, is to know their limits — those places where pastoral care should stop and mental health treatment begin and the boundaries they need to set for their own self-care, too.

Rabbi or therapist? They’re not the same.

Nearly one in four people turns to a spiritual leader before seeking help from a mental health professional, according to a report by the U.S. Department of Health and Human Services.

And yet, as Greenbaum explained, most rabbis receive little to no formal mental health training during rabbinical school. For that reason, he said, it’s important that rabbis respect their limits and communicate those limits clearly to their congregants.

“They may use us as their counselors, but we’re not trained,” said Greenbaum, who was raised in Detroit. He recalled the story of a rabbi from his hometown who was fatally shot by a person he was counseling in 1966. It has stuck with Greenbaum as a lesson: Pastoral care and professional mental health treatment are not the same thing. “We must seek professional help,” he said.

Despite his lack of training, Greenbaum understands why people might come to him with mental health concerns. “I’m someone to listen,” he said. “I’m a friend, more than a counselor.” 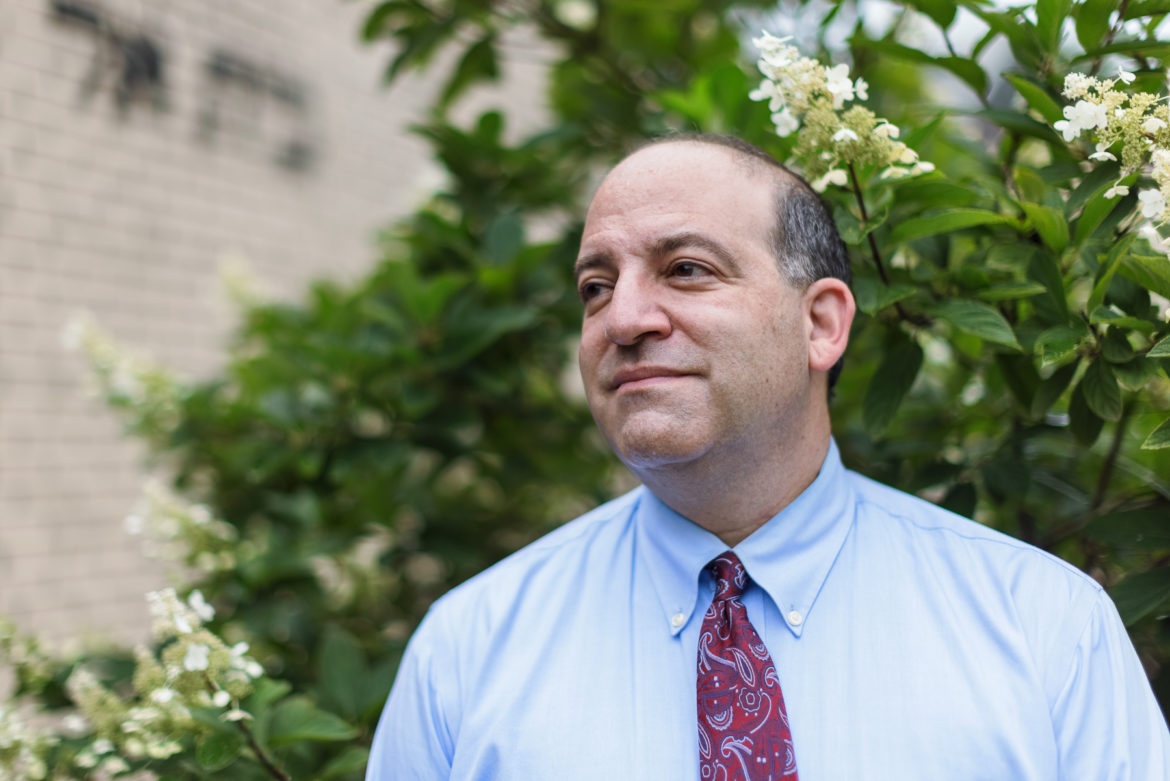 In some cases, Rabbi Alex Greenbaum of Beth El Congregation in the South Hills said he will only agree to see people if they also seek professional help. He must know his limits— for their safety and his own. (Photo by Quinn Glabicki/PublicSource)

Weisblatt, of Temple Ohav Shalom, suggests the stigma surrounding mental health may be another reason people reach out first to a faith leader, rather than a licensed therapist or psychologist. The faith leader can then be a connector to that next level of care.

That’s especially urgent if the person is at risk of harming themselves or others, Weisblatt said. In those cases, he immediately calls resolve Crisis Services, a partnership between Allegheny County and UPMC’s Western Psychiatric Hospital. “I’m certainly there to speak, but I say, ‘I have to report that.’”

Several years ago, Weisblatt’s stepfather died by suicide. Since then, he’s been even more intentional about talking openly about mental health, including from his own experiences.

Christine Michaels, chief operating officer of the Keystone branch of NAMI, the National Alliance on Mental Illness, emphasizes how important these initial points of contact can be to someone’s mental health journey.

Rabbis are not mental health professionals. Spiritual health, though, is another matter. That is in their wheelhouse.

Not connecting with the prayers, doubting humanity’s goodness, feeling Passover is “driving you crazy” — all are spiritual concerns people bring to the table, Greenbaum said.

In the aftermath of the Oct. 27, 2018, massacre at the Tree of Life building and during the pandemic, Greenbaum and others have also seen people struggling with questions about God: how to believe in God, or how God can be present amid so much tragedy and suffering.

For Vogel, working with incarcerated Jews through the Aleph Institute, those concerns are ever-present. Many of the people he helps entered the prison system with histories of trauma or psychiatric conditions, and even those who were otherwise mentally healthy have experienced the trauma of incarceration, he explained. 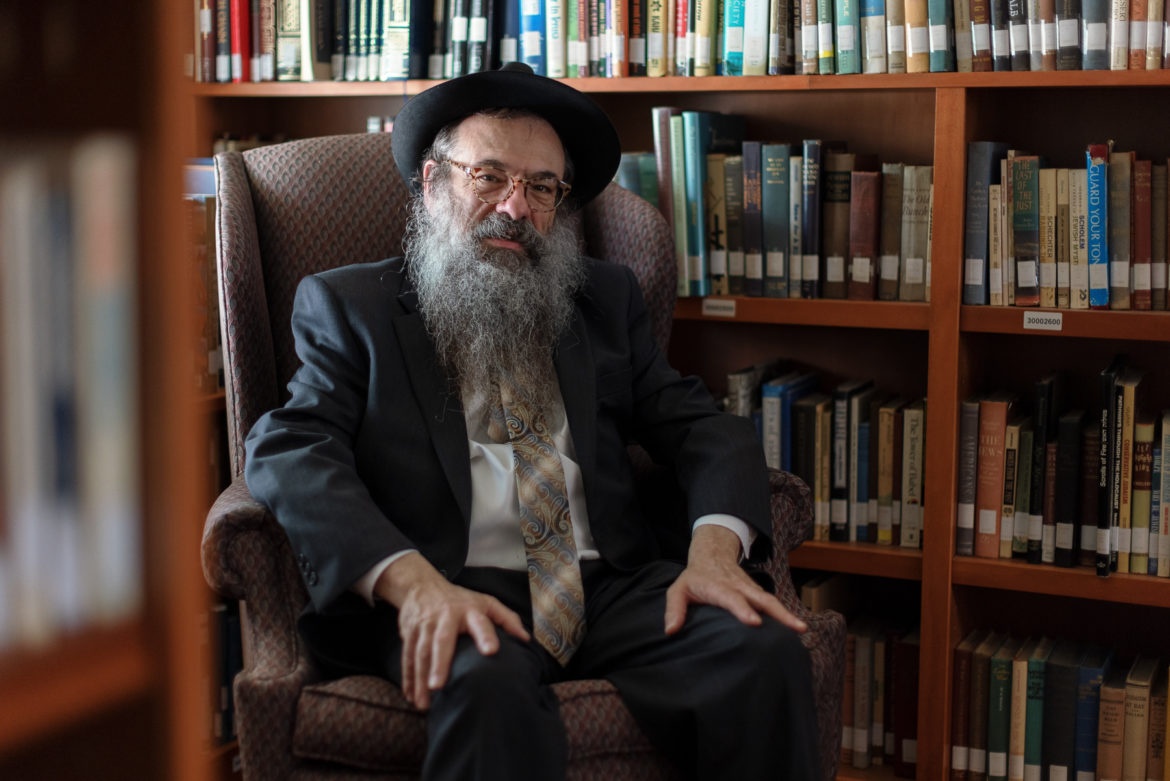 Rabbi Moishe Vogel of the Aleph Institute sees the Torah as the foundation for his approach to mental health. The Torah shows people suffering from mental health concerns and teaches them to use the resources available to them to lead healthy lives. (Photo by Quinn Glabicki/PublicSource)

In his view, the Torah offers a “guide for life,” including counsel for self-care and care for others.

“We've got to live healthy lives using the technology and using the resources that are available,” he said. “The fact that they've got to go to psychiatrists and psychologists” — that humans’ minds could become disordered or unhealthy —  “is all in the Torah.”

So, too, the Torah guides Vogel’s interactions with people who come to him for pastoral counseling. Humans cannot justify God’s actions, he said — especially not now, in the wake of the Holocaust. But, he continued, the Torah teaches “our job is not to justify.” Our job is to “improve ourselves” and treat all people with care and respect. “Every person is made in the image of God.”

Kohenet Keshira haLev Fife of the post-denominational community Kesher Pittsburgh emphasizes the interconnectedness of mental, physical and spiritual health in her Jewish practice.

Her goal, she said, is to help people connect with the Divine. In the process, she creates a space where people can slow down and let themselves feel emotions they may otherwise push away.

“To me the highest compliment is when someone says, ‘I came to services, and I don’t know why, but I cried,’” Fife said. “I encourage people, ‘Let the tears come. Your tears are holy. There’s room for them here.’” 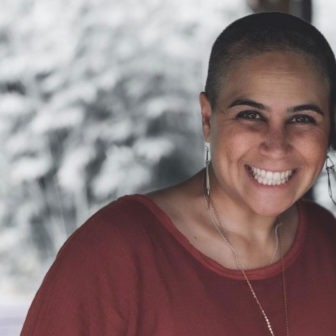 According to Fife, there’s something therapeutic about this release, and, like most rituals of renewal, it works best with regular practice. “We know we’re most hydrated when we sip water throughout the day, not when we chug it at 11 o’clock at night,” she said.

The other benefit of regular spiritual practice, Fife said, is the sense of community that emerges.

“The relationality between generations — the comfort we have with one another — lays the groundwork,” she said. People who are hurting might call her, or they might call someone else in their community. She seeks to create a community fabric that can support people in moments of difficulty.

What about faith leaders’ own mental health?

At PPI, spirituality and the behavioral sciences go hand in hand, Campbell explained. The licensed therapists take a holistic approach to health, inviting people to draw their faiths into the healing process.

During the pandemic, one way the PPI responded to an increased demand for its services was to expand its community mental health training. For example, two of its staff members became certified trainers in the national Mental Health First Aid program, which teaches people how to identify and respond to signs of mental illnesses and substance use disorders. Both Vogel and Fife have completed the Mental Health First Aid training.

Campbell sees such programming as a way to support rabbis and other clergy as they, in turn, support their communities.

Faith leaders have been dealing with the pandemic for about 18 months, she said. Earlier in the summer, they thought they might finally get a breather.

But now that’s not the case — and now Jewish spiritual leaders are moving into Yom Kippur, a time of serious self-reflection, when congregants wonder what changes they should be making in their lives. The question Campbell hears many leaders asking is the same: “How do I get a second wind?”

Fife of Kesher Pittsburgh said she navigates the sustained demands on her mental health by listening to her emotional needs, setting boundaries, sustaining ritual practices and sometimes sharing her vulnerabilities with her community, too.

For Weisblatt, the Torah offers a stable ground in which his support for his communities is rooted. The Torah deals with “real human issues,” he said. “From sex to drugs to infidelity and more.”

David Rullo is a reporter for the Pittsburgh Jewish Chronicle. He can be reached at drullo@pittsburghjewishchroincle.org.

This story was fact-checked by Linden Markley.