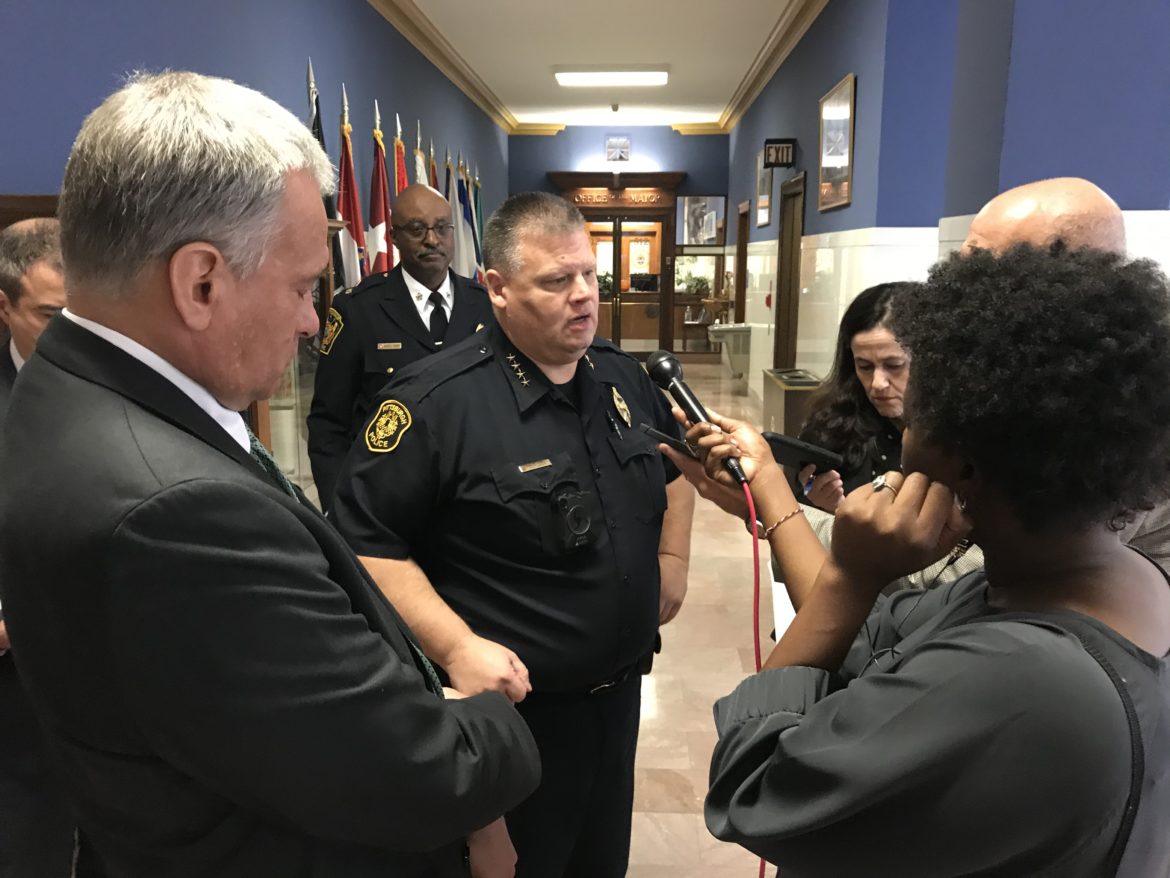 Pittsburgh Chief of Police Scott Schubert after speaking to City Council on Oct. 30 about a proposed body camera and Taser contract. (Photo by Nicole C. Brambila/PublicSource)

The Pittsburgh City Council is poised to approve a $10.9 million contract to purchase 950 body cameras and 950 Tasers to equip the entire police force with upgraded equipment.

The city originally entered into a $1.5 million contract with Axon in 2017 for 550 body cameras. In January, council voted to increase that contract amount to $2.3 million to outfit more officers with cameras.

If council approves the new $10.9 million proposed contract at its 10 a.m. Monday meeting, those cameras and the current contract will be replaced with little public scrutiny from council members.

The proposed contract to last through 2024 is a notable extension of business with a company whose previous engagement with the city has been scrutinized. The city approved the original contract without seeking competitive bids and involved a Pittsburgh police official with ties to Axon.

Though the city’s first batch of police body cameras are two years old or newer, the technology is evolving rapidly. The new 950 body cameras sought by the police bureau would automatically record when a gun is unholstered or patrol lights are engaged, rather than relying on an officer to hit record. The footage can also be uploaded and watched in real time.

At a Wednesday subcommittee meeting, council voted 8-0 — with Councilman R. Daniel Lavelle absent – to recommend the expenditure, though council members had not reviewed the contract document.

Council President Bruce Kraus told PublicSource that the role of council is “not to approve contracts,” but rather to provide funding for them.

The current contract includes specifics on the cost breakdown for hardware and software, storage and licensing, among others.

Similar details for the proposed contract are unknown because the documentation made available publicly is scant.

This week, PublicSource asked each council member whether they had received and reviewed the contract details prior to advancing it to Monday’s vote. Council members Rev. Ricky Burgess, Erika Strassburger, Theresa Kail-Smith and Kraus responded, saying they had not reviewed the financial details. 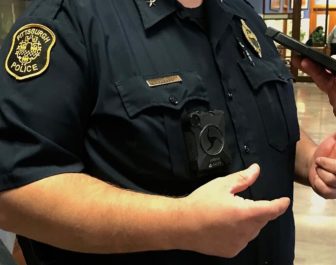 A close-up of an Axon body camera worn by Pittsburgh Chief of Police Scott Schubert. (Photo by Nicole C. Brambila/PublicSource)

Kail-Smith said she was satisfied with the discussion during Wednesday’s subcommittee meeting in which the only council question came from Kraus on whether the expense had been budgeted. Pittsburgh Police Chief Scott Schubert confirmed that it had been budgeted. Some council members also requested a future update on cybersecurity, data storage and capacity.

The city came under scrutiny when it sought a $1.5 million contract with the Arizona-based Axon in 2017, using a contract vetted by the city of Tucson, Arizona, in a contracting process called piggybacking. The contract was shepherded by a high-ranking Pittsburgh Bureau of Police official who served in official and unofficial capacities as a product consultant for the billion-dollar company, receiving travel-related expenses.

Eight months ago, council approved increasing the current contract, which runs through 2022. Cara Cruz, a public safety spokeswoman, said that, if approved, the $10.9 million contract would replace the existing one.

The new contract includes 950 Tasers with the capacity to fire two times in close proximity. The current Tasers only have one discharge before officers have to replace the cartridge.

On Wednesday, Schubert touted the new technology with which the body cameras are equipped and said the new tech will free officers from worrying about engaging the cameras. He called the Tasers a “de-escalation tool.”

Schubert said the new proposed agreement with Axon will give the Pittsburgh Bureau of Police access to new technology as it advances.

Council recently approved legislation to make more information on contracts available to the public before council votes. That legislation will be implemented in the new year.