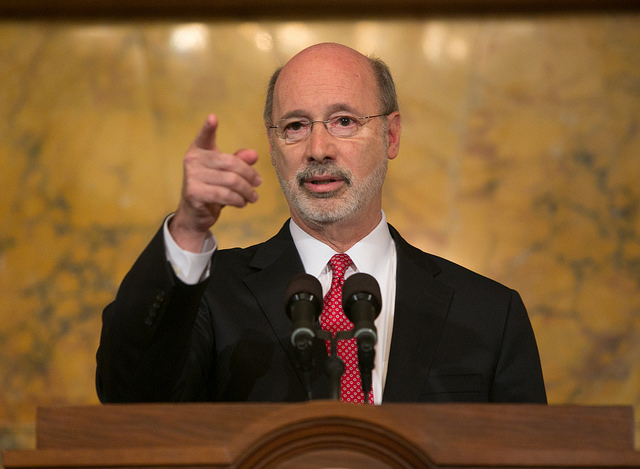 Funding for higher education — including that earmarked for the University of Pittsburgh, Temple University and Pennsylvania State University, among other institutions — is one of 100 items still pending after Gov. Tom Wolf signed only $23.9 billion of the Republican’s $30.26 billion budget in December.

In December, Nicole Molinaro Karaczun, chief program officer of the Women’s Center and Shelter of Greater Pittsburgh, told the Pittsburgh Post-Gazette that “there was a collective sigh of relief among the education and social services communities...But I think he made a good point when he said everyone has to get back to work.”

Now that state politicians are back in Harrisburg, they’ll be addressing other programs whose funding was vetoed in December, including search-and-rescue and disaster relief programs and health-related funding, like Medical Assistance and diabetes programs.

The funding for health-related programs like trauma prevention and regional cancer institutes was around $10 million lower than was previously agreed on.

According to the Pittsburgh Tribune-Review, 153,585 college students are still waiting to receive grants from the Pennsylvania Higher Education Assistance Agency. The funding needed a two-thirds approval, but Democrats said it wasn’t right to send money to state-related universities with an incomplete budget.

According to a Post-Gazette story:

“We should wait until we have a real budget that has real revenues, that allows us to take care of all our appropriations, particularly public education, K through 12,” Minority Leader Frank Dermody, D-Oakmont, said Monday on the House floor.

When Wolf partially passed the first budget in December, it was after Republicans accused him of holding K-12 educational funding “hostage.”

“It is tragic that so many schools and nonprofits were faced with unpaid bills, layoffs and even closures because Tom Wolf used them as political pawns in his reckless budget game,” Rob Gleason, chairman of the state GOP, told the Post-Gazette.

Wolf cut funding to several programs, including prison systems, to move more money toward education, but the impasse has left many state programs still in the lurch.