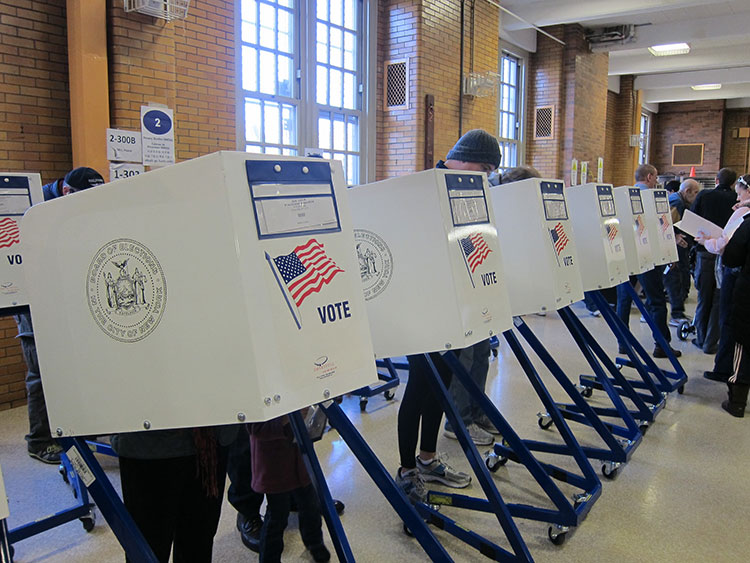 Allegheny County is in the midst of purchasing new voting equipment which the state says has to incorporate some form of paper records. Experts and residents say the choice has important implications.

Thousands of people with disabilities in California are being denied their right to vote, often disqualified because of doubts about their competency, according to the Associated Press.

Those not getting to cast their ballots include people with autism spectrum disorder, cerebral palsy and other intellectual or developmental disabilities, many of whom have either family members or third parties appointed as guardians.

A complaint was lodged Thursday at the U.S. Justice Department in Los Angeles by the Disability and Abuse Project, which argues that the disabilities should not be “automatic barriers” to voting, the AP reported.

"If somebody can articulate in whatever way ... that they want to vote, that they have an interest in voting, that's the only test that should be applied nationwide," Thomas F. Coleman, the group's legal director, said.

The complaint, according to the AP, further claims that federal laws were violated because judges have used literacy tests to decide competency to vote, and that people with disabilities were denied assistance in casting votes.

People who are assigned guardians or conservators lose most of their rights to make decisions, be it financial or personal. Voting can be one of those decisions taken away.

Guardians are most often assigned to the elderly, people with disabilities and minors.

California has more than 40,000 guardianship cases through which voting rights may have been voided, according to the story.

The National Center for State Courts estimated there were 1.5 million active guardianships in the U.S. in 2011. In Pennsylvania, the courts decided more than 30,000 guardianship cases between 2000 and 2011.

According to the Disability Voting Coalition of Pennsylvania, the Keystone state does not have a law limiting voting rights based on competence. Pennsylvania appears to be the exception.

All but about a dozen states have some type of law limiting voting rights for individuals based on competence. But how those laws are enforced varies widely, advocates say.