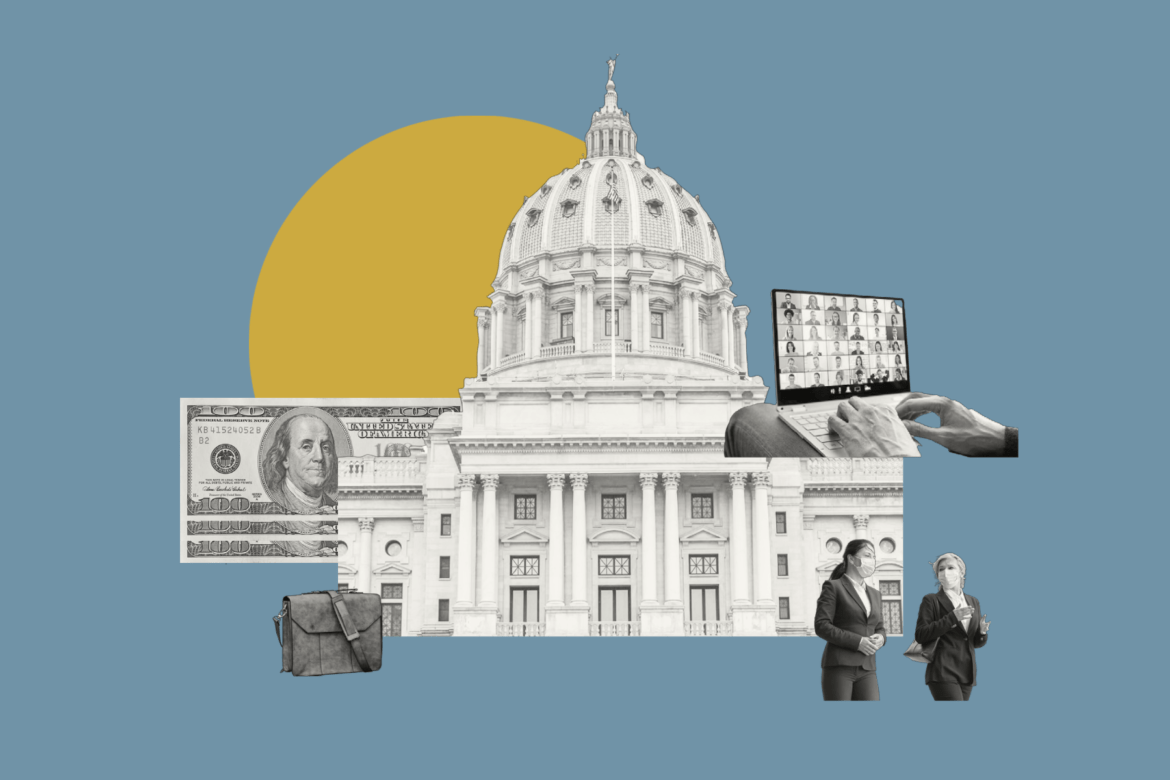 The state’s workforce included more than 88,000 people working for executive branch agencies, more than 3,000 working for the Legislature, and more than 21,000 who fall under different jurisdictions like the higher education system, the Turnpike Commission or the Department of the Auditor General.

The salary data obtained by PublicSource does not specify whether each employee was part-time, full-time or an intern, nor does it break each person’s compensation into base pay, overtime and per diem. Salaries for court employees are not included in the state database. The judiciary separately reports some salary information online.

The median compensation was up almost 7% from 2019.

Which agencies spent the most?

The Department of Corrections [DOC] was the only entity with a billion-dollar payroll. As the state’s second largest agency, it employed 16,283 people and paid them more than $1.07 billion — a 1.3% increase over 2019. The department, which includes 37 correctional facilities, took about 17% of the state’s payroll.

The DOC had a payroll almost double that of the departments of Agriculture, Conservation & Natural Resources, Education, Environmental Protection, Health, Military and Veterans affairs and State combined. The Department of Human Services employed almost 1,000 more people than the DOC but paid out $226 million less to its workers.

Which individuals earned the most?

The upper tier of earners is mostly comprised of doctors, investment managers and university officials.

Daniel Greenstein, the chancellor of the Pennsylvania State System of Higher Education [PASSHE], had the second highest pay at $469,718. Under Greenstein’s leadership, PASSHE is currently hearing public comments on a controversial plan to consolidate six of its 14 schools in an attempt to cut costs and boost enrollment.

Four physicians at the Department of Human Services — Michael Brogna, Asmita Shah, Susan Lightbourn and Mohammed Aslam — joined Grossman, Greenstein and Driscoll as the only state employees to earn more than $400,000.

Who earned more than Gov. Wolf?

Gov. Tom Wolf earned $195,457 last year, earning less than 264 state employees on his sixth year on the job. State troopers, professors, dentists, corrections officers and registered nurses were among those who earned more than Wolf in 2020.

Wolf donated his salary to the State Employee Combined Appeal, an annual charitable giving campaign run by the state, as he has done throughout his time as governor, according to his spokesperson Lyndsey Kensinger.

Of the employees who earned more than the governor, 41% worked in PASSHE, 16% were in the Department of Human Services, 9% worked for PSERS, 9% worked for the State Police and the remaining 25% worked for different agencies.

What did lawmakers earn?

The Pennsylvania General Assembly paid more than $156 million to 3,040 employees in 2020. The legislative branch includes the Senate, the House of Representatives, the Legislative Reference Bureau and nine other offices with fewer than 40 employees each.

Pay can vary due to a number of factors such as leadership roles, but most lawmakers made $89,432. In all, the state paid its legislators just over $23 million.

Some Harrisburg staffers earned far more than the lawmakers they served.

Anthony Lepore, the chief of staff for Costa, made $205,696 — $76,120 more than the powerful Democrat he served. The chief counsel to Cutler’s office made $202,059, which is $71,379 more than the Republican speaker made himself. In all, 61 legislature employees earned more than Cutler, the highest earning lawmaker.