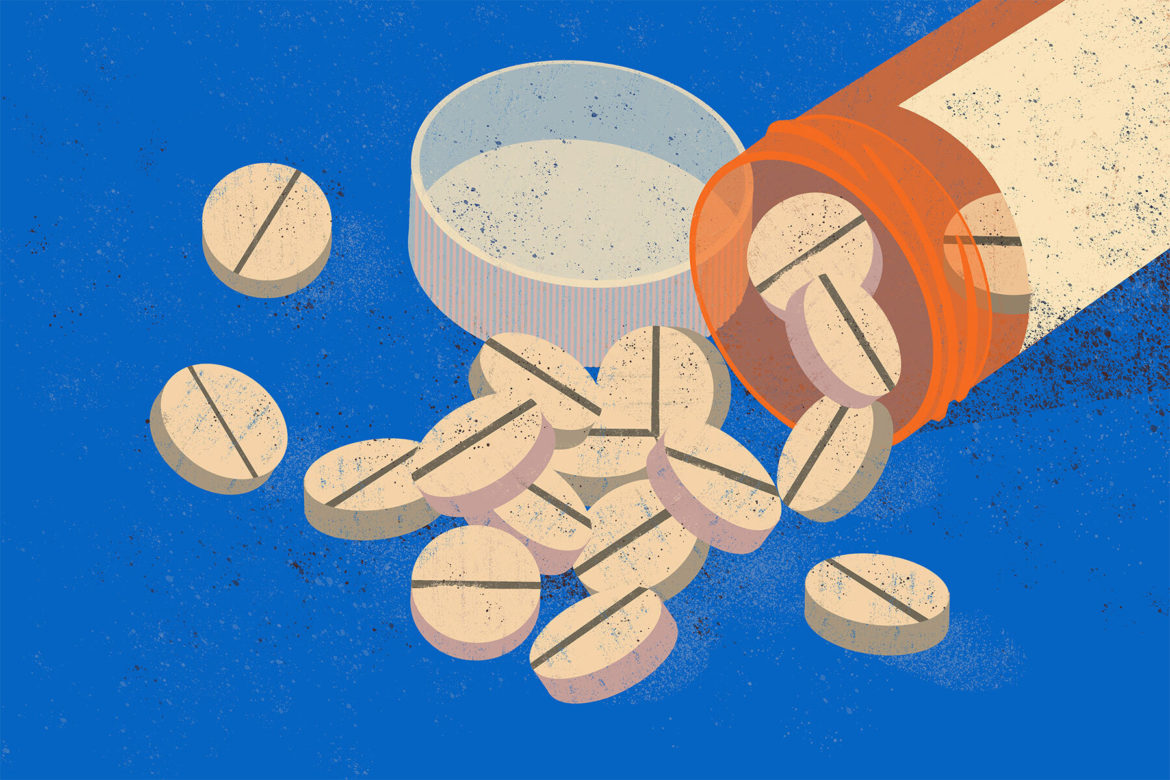 Despite the success of Pennsylvania’s drug monitoring program in curtailing overprescribing, its success against the opioid epidemic is limited as overall overdose deaths increased.

But overdose-related deaths were higher for each of the first six months of 2020 than they were for the first half of 2019.

While medical experts see state monitoring programs as effective at holding prescribers accountable, they caution that they are only one tool in resolving an overdose epidemic where prescriptions are easily replaced by illicit drugs. And in some infrequent cases, experts worry recommendations from organizations like the Centers for Disease Control and Prevention [CDC] to restrict opioid prescriptions may affect how prescribers administer controlled substances to chronic pain patients who may legitimately need them.

“In the end, PDMPs are a program to reduce unnecessary opioid prescriptions,” said Dr. Yunfeng Shi, an assistant professor of health policy and administration at Penn State. But with overdoses involving drugs from other sources, Shi cautions that a registry is a single tool and “alone can’t win the fight to reduce opioid-related deaths.”

In 2016, Pennsylvania launched its PDMP, which tracks prescriptions of controlled substances so information can be shared with doctors, nurses and other relevant prescribers to prevent overprescribing. All prescribers authorized to write scripts for controlled substances have to register with the program, and pharmacies and other dispensers are required to enter prescription data by the end of the next business day to ensure that PDMP information is current. Those who violate provisions of the PDMP law could face sanctions under their professional practices or licensing boards.

Shi said he thinks those mandates are essential to making PDMPs successful. “Studies have observed the reduction in opioid prescriptions when you have a PDMP that holds physicians legally accountable,” he said.

First person: In the shadow of the opioid epidemic, how should we treat patients in pain? Reflections after breaking my neck.

Missouri remains the only state without a PDMP in place. But monitoring programs vary in how frequently they’re updated and whether or not prescribers are required to register with the program. A 2018 review of PDMP studies found that while much of the data around the programs remains inconclusive, state programs that were most effective included the kinds of regulations that exist in Pennsylvania, including mandates on prescriber registration with the program and daily updates to the database on any filled prescription.

“Mortality and prescriptions are certainly very related,” Shi said. “But they’re not related in a deterministic way. You can’t say that if opioid-related prescriptions go down then mortality will certainly come down.”

Despite the reduction in prescriptions, the state has seen an increase in overdose-related deaths involving drugs like fentanyl.

“The collision of the COVID-19 pandemic and the opioid epidemic has made 2020 a challenging year,” wrote Department of Health Deputy Press Secretary Maggi Barton in an email, adding that “deaths related to any drug overdose were higher each month from January 2020 through July 2020 compared to the corresponding month in 2019.”

“What the physicians are seeing is essentially almost in real time because the pharmacies by law have to enter that information within a relatively short period of time,” he said. “So if a patient is getting multiple prescriptions from different providers, we can see that.”

Beyond overall reductions in opioid prescriptions, there has also been a 52.4% reduction in combinations of opioids and benzodiazepines — a move that Kabazie said is important because 16% of deaths nationwide resulting from opioid overdose in 2019 also involved the use of benzodiazepines.

But Kabazie said monitoring programs are only “a piece of the puzzle.”

The CDC published a report in December 2020 finding that recent increases in drug overdose deaths are not from prescription medications but from illicit synthetic opioids like fentanyl.

“What the PDMP is meant to do is inform decision-making, not to make decisions for people.”

Despite the downturn in opioid prescriptions, the CDC still maintains guidelines from 2017 encouraging physicians to be extremely stringent in writing prescriptions for opioids. Kabazie said he worries these guidelines might encourage some prescribers to be more hesitant about administering opioids and other controlled pain management substances to those in legitimate need.

“If the patient has a legitimate pain generator that requires [treatment with] opioids, then I treat them with opioids,” he said, explaining that data from the PDMP should act as supplemental information rather than a dominant factor in prescriber decisions.

Robin Hoyle, the executive director of the Pennsylvania Pain Society, agrees with Kabazie’s view of the guidelines generally. She also encourages a multimodal approach to pain management, or looking “at the total patient” when deciding how to treat chronic pain.

“It isn’t always opioids or medicines, but sometimes cognitive behavioral therapy or chiropractic care,” she said.

Hoyle said she has heard stories about chronic pain patients who feel they aren’t getting the medications they need. “But it isn’t because of the PDMP,” she said. Instead, she sees it as a result of some physicians following CDC guidance on prescribing opioids too strictly, or due to restrictions put in place by opioid treatment agreements between patients and providers.

Improving for the future

Dr. Michael Lynch, the medical director of substance use disorder for UPMC and assistant professor of emergency medicine at the University of Pittsburgh, agrees that monitoring programs should only be a guide for care.

“What the PDMP is meant to do is inform decision-making, not to make decisions for people,” he said.

Lynch said he is largely satisfied with Pennsylvania’s program, but he said it could also be improved with more medication information, including from other states. Some states, for example, might not include the same drugs in their systems because they regulate drugs differently, an issue that makes tracking between states difficult.

Support for better information sharing could come from the federal government, if the Biden administration follows a plan published on the president’s campaign website in early 2020. Some of the $125 billion in funding Biden outlined would go toward ensuring states improve their data sharing with each other to prevent interstate doctor shopping.

Barton from Pennsylvania’s health department wrote that the state currently shares data “with 21 other states, military health systems, and D.C., and will continue to pursue connections with others.”

Notably, Biden’s plan also declares that any state whose PDMP is not mandatory for prescribers will not have access to any of the $125 billion.

Lynch supports these measures, but also hopes that PDMPs aren’t seen as a panacea to the problem. “Other than ensuring that PDMPs are accessible and in all states and supporting that with funding, I don’t know that this is an area that requires a lot of additional investment,” he said, emphasizing the need for better prevention and treatment programs.

Jeff Hanley, executive director of the Commonwealth Prevention Alliance, which operates the PA Stop campaign, said future solutions should focus more on prevention. While PDMPs play an important role in closing one pathway for opioids and other addictive substances, he said he sees prevention programs as a “long-term solution that would be more effective in the future once we had the kinks worked out.”

Today’s dire situation requires more immediate action, he said. The forced isolation of the pandemic has led to more people using opioids while alone, increasing the risk of death if they overdose. Hanley points to that trend as an urgent reason for not only more mitigation, but also prevention efforts, like making Narcan widely available and increasing school programming to help students avoid addiction from an early age.

But Hanley has doubts as to whether those ideas will ever come to fruition, especially with COVID-19 hitting government budgets hard. “We’re in a time when we need more funding for prevention, treatment, recovery and harm reduction,” he said. “But the odds of getting that funding is going to be difficult.”

Sophie Burkholder is a freelance reporter and can be reached at sophieburkholder1@gmail.com.