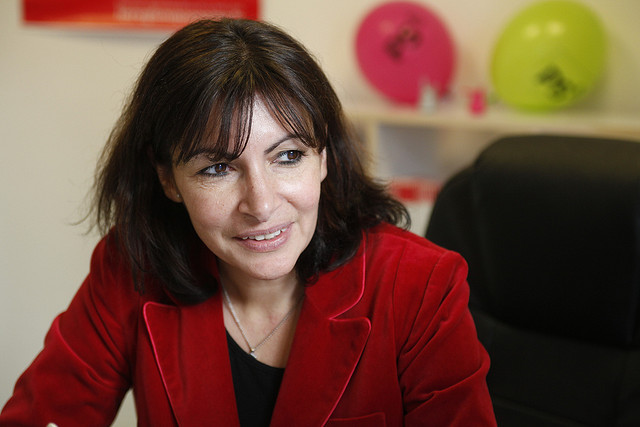 The mayor of Paris is doing something pretty radical.

Mayor Anne Hidalgo has decided to take cars off the roads on days when air pollution spikes to dangerous levels in France's capital city.

The "alternate traffic" rule requires that on days when air pollution is poor only cars with either an odd or even numbered license plate are allowed to drive.

The move comes after pollution spiked to high levels in the city on Monday.

For a short while earlier this year Paris was more polluted than Shanghai, which is one of the world's most polluted cities, according to The Guardian.

Other cities worldwide have also experimented with car bans on bad pollution days, including Beijing, Mexico City and Oslo.

Hidalgo, who has made combating pollution a pillar of her mayoral program, intends to ban vehicles from the main highway along the right bank of the river Seine from next year, to the fury of motoring organizations. She is also planning more “car-free” days across the city after declaring the first such event at the end of September a success.

In the last year, the level of nitrogen dioxide (NO2) on the riverside near Place de la Concorde has regularly topped 100µg/m3 with an average of 66µg/m3 over the year – well above the EU limit of 40µg/m3.

France has flouted European Union air quality targets since 2005, while Airparif reported that pollution levels were up to double those allowed by regulations. Five pollutants pose a problem in the capital: benzene, nitrogen dioxide, ozone and the fine lead particles PM10 and PM2.5.