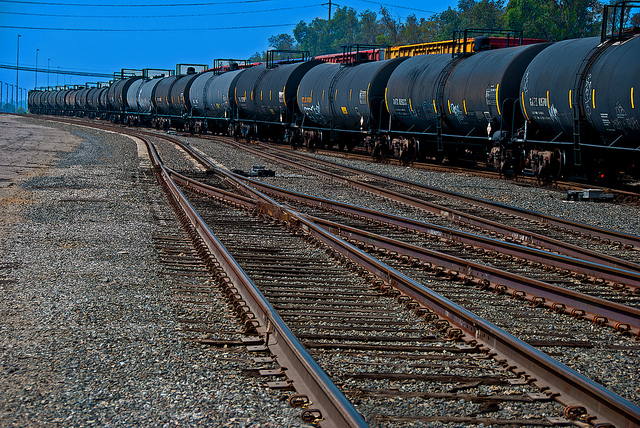 The Pennsylvania Senate held a joint committee hearing this week to address the risks of crude oil trains rolling through the state. However, they have little regulatory authority to do so since that power lies mainly in the hands of the federal government, according to StateImpact Pennsylvania.

Gladys Brown, chairwoman of the Public Utilities Commission (PUC), told legislators that the commission would like to increase the number of track inspectors. Currently, the state has 15 inspectors to monitor the state’s more than 5,000 miles of tracks.

“We would like to increase the number of inspectors,” she told senators.“We know there’s a lot of factors in terms of the types of training they need, but funding is also a big factor.”

But even with more inspectors, the PUC only has authority over at-grade railroad crossings. It also can’t impose fines. That’s handled by the Federal Railroad Administration.

About 60 to 70 trains pass through Pennsylvania each week hauling volatile crude oil fracked from North Dakota’s Bakken Shale. There have been four accidents in the state involving crude oil trains since early 2014. There were no injuries in any of the derailments.

“Clean Water Action was encouraged to see the Pennsylvania Senate has begun to acknowledge this critical safety threat,” according to a press release put out by the group. “We encourage state officials to get tough on railroad companies and require increased track maintenance and inspections as well as require repairs to rail infrastructure that supports mile-long oil trains every day.”

In April, he hired a renowned rail expert to assess the state’s rail system with the goal of reducing risk and increasing safety. Wolf also recently sent letters to the state’s two main haulers of crude oil, CSX and Norfolk Southern, asking the railroads to adopt some voluntary safety measures.

U.S. Sen. Bob Casey, D-Pa., has recently supported legislation that would create a fee for trains that use old tank cars to haul crude. The cars, called DOT-111s, have been shown to lose their loads and explode in recent derailments.

*Interested in learning more about the risks of crude oil trains in Pennsylvania? Join us at 6:30 p.m., June 17, for a panel discussion we’re hosting in Pittsburgh at Carnegie Mellon University. Sign up and learn more here.