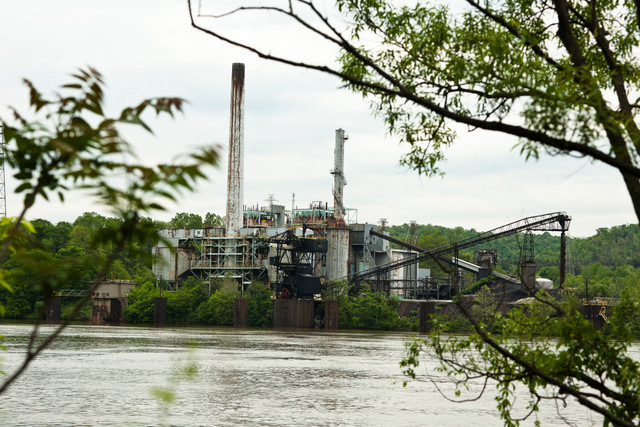 A new company comes to Pennsylvania, adds 250 jobs and keeps the personal income taxes taken out of workers’ paychecks instead of handing them over to the state.

That’s the economic incentive deal recently approved in Harrisburg for companies that come to Pennsylvania. It’s one that several groups here say is unnecessary.

“The great thing about this initiative is that it’s performance based,” said Kelli Roberts, a spokeswoman for Gov. Tom Corbett. “A company cannot get it unless it adds the jobs.”

“Pennsylvania has a longstanding over-reliance on government-controlled, taxpayer-funded programs,” he added, and this one won’t help businesses as much as politicians say it will.

Even before this incentive, three groups that follow state tax perks agreed that Pennsylvania already gives away too much, with too little oversight and too few standards.

In Pennsylvania, the studies say, the results are:

The state received a D overall.

The Keystone Opportunity Zone program — among those used most recently to lure Shell Oil Co. to build a cracker plant in Monaca — was the biggest failure, according to the report, scoring zero out of 100 possible points.

Meanwhile, a study by the Pew Center on the States released in April, examined how well states evaluated their own tax incentives.

Pew determined that in Pennsylvania, no standards had been set for companies getting tax breaks that could be used as a yardstick.

Pennsylvania’s KOZ program — in which certain designated areas offer companies greatly reduced state and local taxes — fared poorly in both studies. “Recipients of KOZ were not required to create jobs or make investments to maintain eligibility,” the Pew report stated.

Roberts declined to address the studies’ findings, saying she had not read them.

No goals, no limits

None of this surprises Phillip Durgin. He is the executive director for the state’s Legislative Budget and Finance Committee, which regularly reviews state policies. In April, Durgin said that his office could not thoroughly evaluate the KOZ program.

Some tax credit programs have a limit on how much a company may receive in tax abatements, he said, but the KOZ does not. That makes measuring its value difficult, he said.

But it didn’t stop him from trying. In 2009, he requested information from the Department of Revenue for a performance audit of the KOZ program.

The department wouldn’t provide the dollar value of the state tax credits and exemptions,  citing confidentiality clauses, Durgin said. “So, they have it, but they wouldn’t give it to us.”

The Pennsylvania legislature expanded the KOZ program earlier this year, citing its success in creating jobs.

Sen. Tim Solobay was a co-sponsor of SB 1237, which increased the size of the KOZ and allowed extended tax-exemption periods for businesses.

“The KOZ program has been very good for the state,” he said, adding that there is evidence of that, even if actual job numbers are not available.

“If you look at some of the (KOZ) areas, they have so much more traffic than they used to,” he said.

One of the expanded zones will go to Shell Oil, which has an option to buy property in Beaver County for an ethylene processing plant. Locating in the KOZ will give Shell exemptions from numerous state and local taxes.

Durgin’s office was able to conduct a 2010 audit of the state’s Job Creation Tax Credit program. It found that of 26 companies participating, only 10 actually created new jobs. Making that determination was simple because companies are required to report job numbers before receiving the exemptions.

That’s why the the program scored the highest among Pennsylvania’s tax incentives in the Good Jobs First study.

The Tax Foundation took a different approach. The nonpartisan tax research group focused on how closely states came to “tax neutrality,” in which taxes neither drive economic decisions nor favor any industry, explained Scott Drenkard, an economist and co-author of the study.

The study examined state taxes and found that Pennsylvania ranked 46th out of 50 in the corporate tax category, indicating that the tax burden on corporations is too high.

But states can offset a company’s tax burden with tax exemptions and incentives. For example, earlier this year, the state legislature offered $1.65 billion in tax breaks to Shell, in addition to its program-based incentives.

Proponents of corporate tax breaks often cite job creation and development as benefits. The Tax Foundation also looks favorably on those areas, but with an important difference, said Drenkard.

“We gave states credit for job creation and for research and development,” he said. “But we actually penalized states that have incentives, because it’s just spending that’s done through the tax code, giving some businesses the advantage over others.”

The Tax Foundation study also concluded that corporate tax breaks ultimately do not make a state more hospitable to business.

“If a state needs to offer such packages,” said the report, “it is most likely covering for a woeful business tax climate.”

In a May interview, Sen. Solobay admitted that Pennsylvania’s investment in corporate tax deals, such as the one with Shell, may be too big.

“We don’t necessarily have to give away the farm,” he said, “but it helps us to be competitive if we’ve got Ohio and West Virginia giving away the farm.”

Drenkard said that longer-term solutions are the better alternative.

“The better approach is to close the gaps and loopholes and lower tax rates overall,” he said.

The newly passed legislation has some requirements that could be a step in the right direction.

Under the proposed program, companies can hold on to 95 percent of personal income taxes withheld from new employees. Employers would agree to create at least 100 jobs in Pennsylvania within the first two years, toward a total of 250 new jobs at the end of five years. Companies would also have to pay employees as much or more than the median income where they are located.

Those are the kinds of provisions often recommended by critics of tax breaks.

Sharon Ward, director of the Pennsylvania Budget and Policy Center, a nonpartisan research group, objects to the latest bill, saying it amounts to asking workers to pay employers for jobs and diverting much-needed tax revenues from state coffers.

However, the legislators “deserve some credit for keeping that language in the bill,” she said. “And it would be great if these requirements were part of the larger tax programs.”

She adds, however, that they are still not enough to make tax incentives worthwhile.

“We’re still talking about highly profitable companies being given taxpayer dollars to make moves that don’t create all that many jobs,” she said. “So the real question is, why are we giving these tax breaks?”