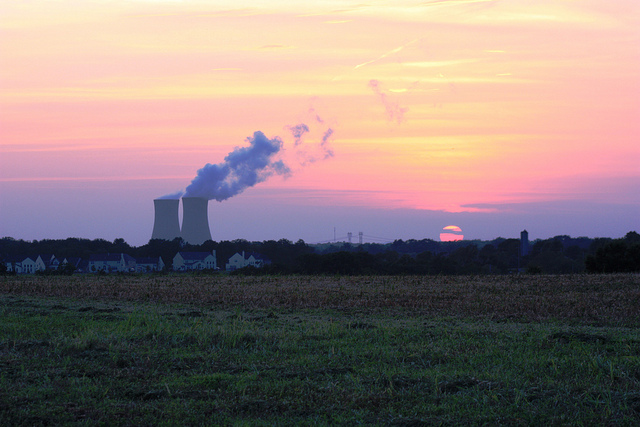 As world leaders convene in Paris to wrestle out a global climate agreement to try to prevent further warming of the planet, Pennsylvania officials are working on steps the state can take to cut greenhouse gas emissions here at home.

Expanding the use of renewable energy in the state, reducing methane leaks from shale gas drilling and infrastructure, making buildings more energy efficient, promoting more walkable and bikeable communities and preserving forests to capture and store carbon are all steps included in a recently released 248-page draft update to the state’s climate action plan by the state Department of Environmental Protection.

Pennsylvania is the third largest emitter of energy-related greenhouse gases in the country, the draft update points out in the second paragraph.

“It is irresponsible to continue these known activities and same patterns that are impacting our health, our communities, and our environment. Melting ice caps, sea level rises, wildfires, extended heat waves, extreme storms and flooding events are the consequences and they are happening now. Yet atmospheric CO2 [carbon dioxide] levels have increased every year,” according to the draft update.

The 2008 Pennsylvania Climate Change Act requires that state environmental regulators submit to the governor an update to the state’s climate action plan every three years. This latest update, the second one since the original plan passed in late 2009, was started under former Gov. Tom Corbett’s administration.

“We have a responsibility to reduce the commonwealth’s emissions,” DEP Secretary John Quigley told the Pittsburgh Post-Gazette. “We have an opportunity to lead the nation.”

The draft update takes a tone different than the one released two years ago to Mr. Corbett, who generally did not make climate action a priority beyond his embrace of natural gas.

While natural gas was a focus in the last plan — it was mentioned more than four times as often in the body of the report as the words “renewable” and “solar” combined — an expansion of renewable energy is more heavily promoted in the new one.

Natural gas emits roughly half the carbon that coal does when burned to generate electricity, and the state’s energy-related carbon emissions have been lower in recent years than they were in 2000 in no small part because more power plants are being fueled by low-priced gas.

As PA Environment Digest points out, at a press conference in November, Quigley credited the state’s switch from coal to natural gas for electric generation as one of the main reasons greenhouse gas emissions were reduced in Pennsylvania by 20 percent from 2007 to 2014 — a 27 million ton reduction.

But Quigley told the Post-Gazette that relying solely on the carbon cuts from burning gas instead of coal is “short-sighted.”

“There is opportunity to grow the renewable energy economy and one of the drivers that we should be using is natural gas,” which he called the perfect complement to intermittent renewable sources like wind and solar because it can be dispatched quickly to respond to demand.

This latest update is a work in progress and the DEP’s Climate Change Advisory Committee will meet for a second time to discuss the draft on Jan. 12.

The draft update lays out seven legislative recommendations, including requiring that a higher percentage of the state’s power come from renewable sources and funding a state solar rebate program.

One way the state may be able to implement some of the actions the plan sets forth is through the U.S. Environmental Protection Agency’s Clean Power Plan, the draft update acknowledges. The plan requires the state to reduce its overall CO2 emissions by 35 percent from 2012 levels by 2030. State regulators are currently working on a plan that the state must submit to the EPA by September 2016.