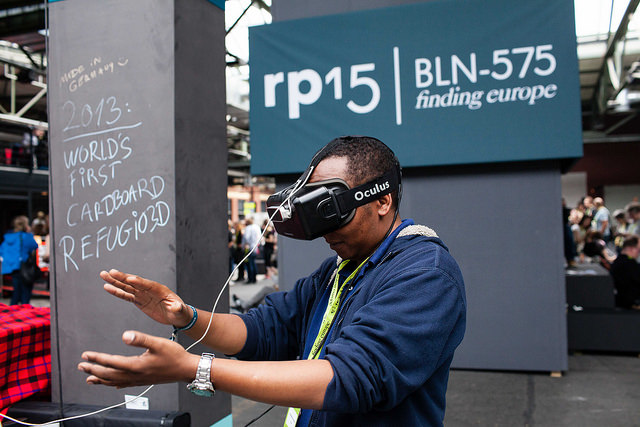 Multi-purpose Internet companies, autonomous cars and virtual reality might be the future of Pittsburgh’s growth as Facebook joins Google and Uber in the Steel City.

The Western Pennsylvania business-tech world lit up this week after the Pittsburgh Business Times’ Tim Schooley got the scoop that a major company had leased 20,000 square feet of space in the Schenley Place building at the corner of Bigelow Boulevard and Ruskin Avenue. Shortly after, VentureBeat confirmed that Facebook was moving in sometime in 2016.

Pittsburgh shouldn’t expect to see Facebook CEO Mark Zuckerberg wandering around Oakland, however, the space is going to be Facebook-owned virtual reality company, Oculus. The announcement has set off a wave of “Silicon Alley” talk about how this will affect Pittsburgh.

When the popular ride-share company, Uber, moved its Advanced Technology Center into the area in 2015, many people saw a gold mine of employment opportunity — even amid a wave of critics who accused the company of job poaching from local universities.

“The move seemed to reverse the usual narrative for the Steel City: Instead of talented people moving out for job opportunities, a large company was moving in and bringing jobs here,” Kim Lyons wrote last June for The Pittsburgh Post-Gazette.

Similarly, all eyes are on Oculus’ job listings. Despite only one position listed on its Facebook page, the Oculus website lists four open research positions available to Pittsburgh engineers.

The software engineer position is the only open listing that doesn’t require either a master’s degree or a doctorate.

The career listing reads: “You'll be part of a multi-disciplinary team pushing on every aspect of the experience: haptics, audio, input, computer vision, optics, display technology, and whatever else we can dream up.”

A group of graduate students created Project Spearhead shortly after the Rift display debuted in 2013. The project — which culminated in a presentation at the Institute of Electrical and Electronics Engineers' 2014 VR Conference — explored the possibilities of the head-mounted display by using it in different student-created video games.

When Zuckerberg announced that Facebook acquired Oculus VR in a Facebook post in March 2014, he said gaming was just the start of what the headset would allow.

“After games, we're going to make Oculus a platform for many other experiences. Imagine enjoying a courtside seat at a game, studying in a classroom of students and teachers all over the world or consulting with a doctor face-to-face — just by putting on goggles in your home,” Zuckerberg said. “This is really a new communication platform.”

Graduate student, Tushar Arora said that the Project was a lot like an internship. Facebook does have an internship program with CMU and, when Zuckerberg visited Pittsburgh in November 2011, he said CMU students are “really smart, and they have a really good work ethic,” according to the Pittsburgh Business Times.

Both CMU and Pitt offer cooperative education opportunities for engineering students at companies in the area. Last year, one Pitt student had a co-op at Uber.

The University of Pittsburgh’s Cooperative Education Director, Maureen Barcic, said there are no plans yet to partner with Oculus, but was interested in the idea.