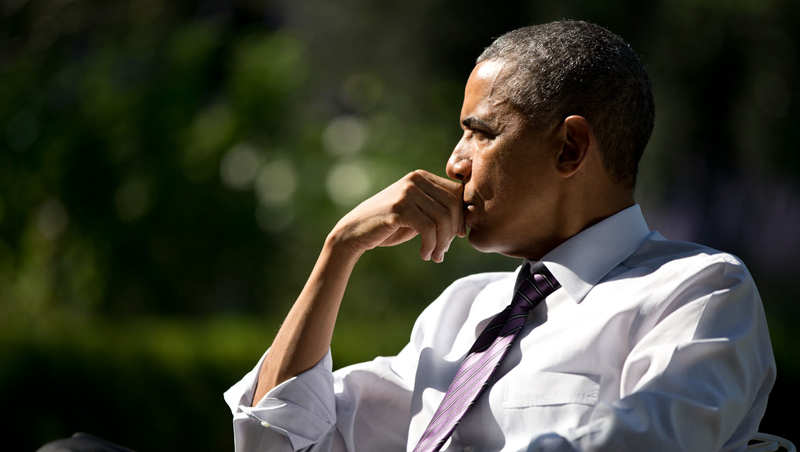 Can we expect to see more clemency from President Obama?

Six years into his presidency, he seems to be aware of his reputation as being tightfisted with pardons and commutations, even as his Justice Department has made a big show about reducing prison overcrowding and sending more non-violent offenders home.

In a recent interview with the Huffington Post, Obama blamed his low numbers on the Justice Department’s Office of the Pardon Attorney.

"I noticed that what I was getting was mostly small-time crimes from very long ago," Obama said. "It'd be a 65-year-old who wanted a pardon to get his gun rights back. Most of them were legitimate, but they didn't address the broader issues that we face, particularly around nonviolent drug offenses. So we've revamped now the DOJ office. We're now getting much more representative applicants."

As the story notes, Obama has granted commutations to just 18 offenders during his presidency. Additionally, he commuted the sentences of three Cuban spies in an effort to re-establish relations with the communist country.

On paper, the administration has been a big proponent of clemency.

In April, the Justice Department announced the Clemency Project (along with the resignation of then pardon attorney Ronald L. Rodgers). The effort is an attempt to undo damage from decades of harsh criminal sentencing and is aimed at reducing time for non-violent offenders who have served at least 10 years.

According to the Washington Post, more than 35,000 inmates have filed petitions as a result. But none of those petitions have so far resulted in clemency (those granted were already filed when the program was announced).

Commutations shorten the length of an offender’s sentence and are distinct from pardons which restore rights to offenders but don’t erase convictions. Obama has granted 64 pardons and denied at least 1,487 applications.

So far, the project has resulted in no commutations, but Obama said that should change soon.

"I think what you'll see is not only me exercising that pardon power and clemency power more aggressively for people who meet the criteria — nonviolent crimes, have served already a long period of time, have shown that they're rehabilitated — but also we're working with Democrats and Republicans around criminal justice reform issues.”

Sick and elderly inmates can also leave federal prison early through compassionate release. As PublicSource recently explored, that process can be glacially slow and result in Washington-based officials second guessing release decisions made by prison staff.