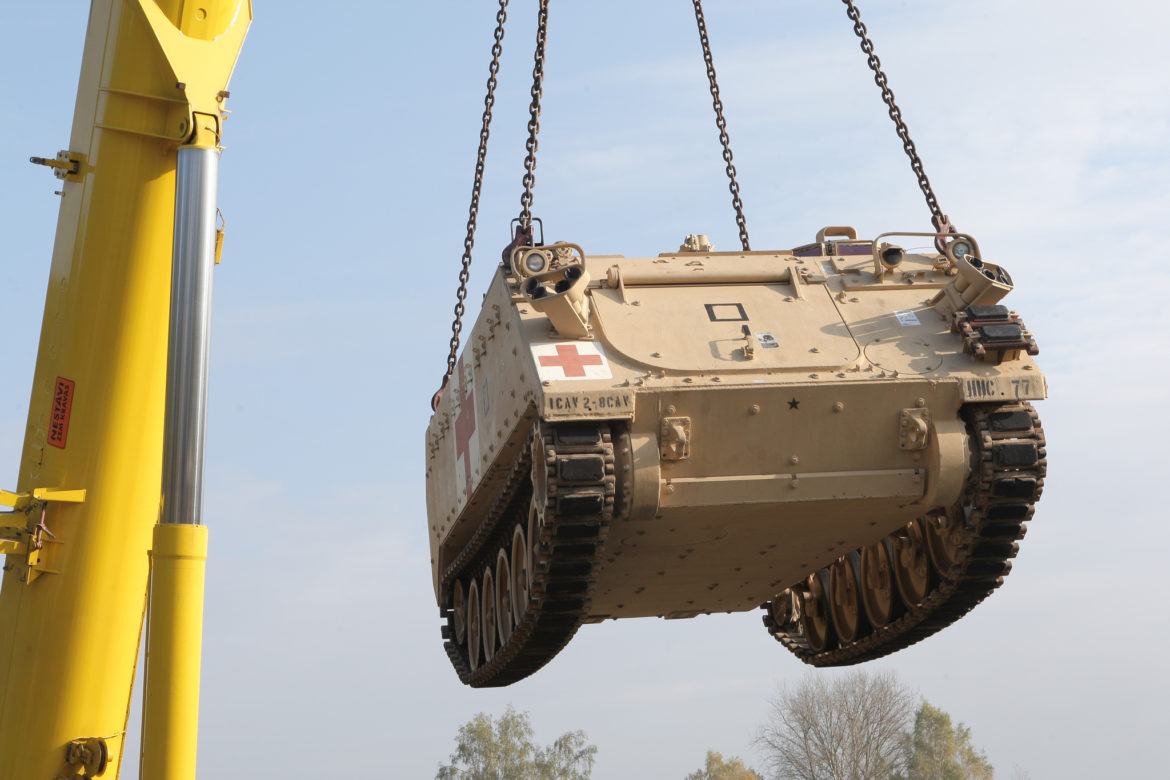 If police are rolling down the streets with bayonets, grenade launchers and tracked armored vehicles, it will no longer be because of freebies from Uncle Sam.

A federal military surplus program has funneled billions of dollars in ex-military equipment to local law enforcement, free of charge. Some of it is practical, some of it a little odd, some alarming.

Today, President Barack Obama is banning police from getting certain military equipment for free or by using federal money. The president’s decision follows the findings of a federal working group created in January to study the use of such equipment by local law enforcement. (Browse the full report here.)

This equipment will be banned immediately. The working group’s other recommendations will be implemented in October, the report said.

Additional equipment such as tactical vehicles, flash bangs and riot gear will still be available to police but only after departments provide a “detailed justification” for why they need the equipment and that training exists so officers won’t misuse it.

Images of armored vehicles rolling down the streets of Ferguson, Mo., raised concern that police had become too much like soldiers posted in American cities. As the working group notes, civil rights organizations had already raised alarms about the militarization of police.

Initially, Congress created the military surplus program for drug enforcement. In 1997, that program expanded and after Sept. 11, 2001, focused on anti-terrorism.

Pennsylvania departments received some $11.5 million in free military gear through that program. (Click here to see what your local police acquired).

Police also purchase equipment on their own, often using grants from the U.S. Department of Justice and the Department of Homeland Security.

The Washington Post characterized today’s announcement as a surprise.

Indeed, Obama had already ordered a review of military equipment provided to police. Those findings were published in December.

Last December, new White House initiatives last stopped well short of banning the transfer of hulking military vehicles that were designed to withstand blasts from land mines in Iraq and Afghanistan and prompted a public outcry when they appeared on the streets of Ferguson.

A senior administration official at that time said that the White House didn’t have the authority to stop the transfers. “Those are programs that Congress directed the agencies to implement,” the official said.

But the working group report suggested that there was “substantial risk of misusing or overusing these items."

Meanwhile, the president’s Task Force on 21st Century Policing released its report with wide-ranging recommendations to improve relations between police and citizens. The Justice Department is providing $163 million in grants to help departments comply.

The Justice Department has also released an informational tool kit on the use of body cameras.

Additionally, the Philadelphia Police Department is one of 21 departments participating in the White House Police Data Initiative, intended to increase transparency, reduce inappropriate use of force and identify internal problems at the department.

Across the state line, police in Camden, N.J., where Obama is speaking today, are also participating.