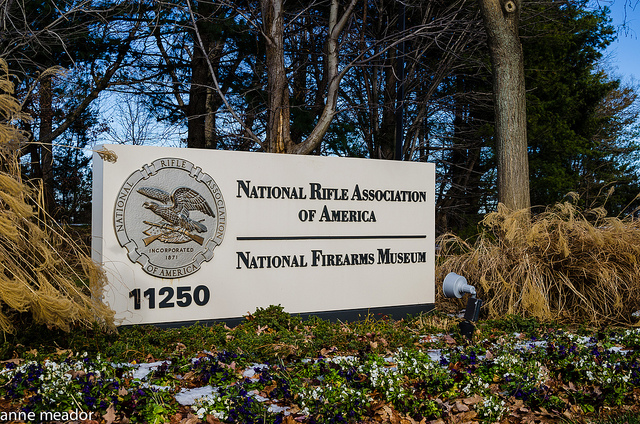 The National Rifle Association may be illegally soliciting contributions for its affiliated political action committee, according to an investigation by Yahoo News.

Money raised by the NRA’s lobbying arm, the NRA Institute for Legislative Action, may actually be going to a political action committee or PAC — the NRA Political Victory Fund — which would be a violation of federal election law.

Under federal election law, corporations — including nonprofits like the NRA — are prohibited from making direct contributions to PACs that contribute to federal candidates.

The author, Alan Berlow, donated to the Institute for Legislative Action through its website, and received an emailed receipt from them.

But, his credit card statement said he contributed to the Political Victory Fund.

Larry Noble, who was general counsel at the Federal Election Commission for 13 years, now serving as senior counsel at the Campaign Legal Center, said there was no question that the way the NRA solicited my contributions violated federal election law if the money went into a PVF [Political Victory Fund] account. “The bottom line is that it is illegal for the NRA to solicit money for the ILA and have that money go to the PVF. I don’t see how your contributions could legally be put in the PVF account.”

In fact, the NRA’s Institute for Legislative Action was the only one of the 25 nonprofits that spent the most money during the 2012 election cycle that did not report its political expenditures to the IRS.

The NRA may have avoided paying roughly $600,000 in taxes on its political activities, according to the story.

This is not the first time the NRA has gotten in trouble for transferring money between its various parts. In 1983, the FEC and the NRA settled a claim that the NRA was illegally moving money to the Political Victory Fund.

The NRA agreed it would “no longer spend corporate funds in connection with any federal election” and would limit its “partisan communications” to members.

There was also another claim of an illegal contribution by the NRA to the Political Victory Fund in 1991, but that was struck down by an appeals court.