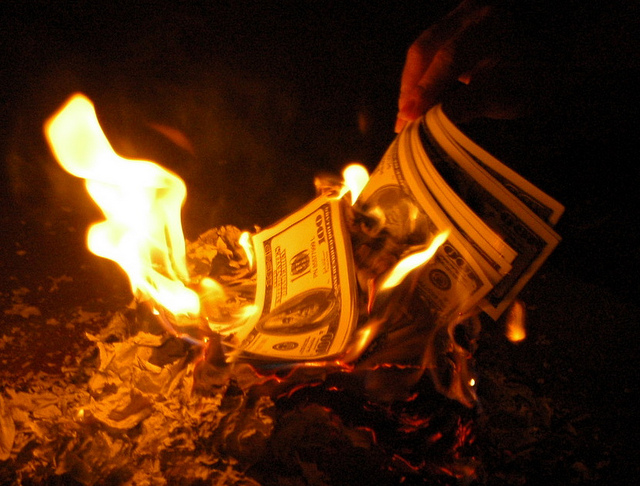 A new survey has shed light on the real costs — more than $500,000 — that Pennsylvania’s nine-month budget impasse had on nonprofit organizations.

Nonprofits collectively borrowed $67.3 million from lines of credit or bank loans during the fiscal year 2015-16 budget stalemate, and 45 organizations said those loans will cost them $532,000 in interest, according to a survey released last week.

Laura Maines, executive director of the Pittsburgh nonprofit Every Child, Inc., told the Pittsburgh Post-Gazette that the organization will have to pay between $11,000 and $12,000 of interest costs due to loans, and that figure won’t be reimbursed in the new budget.

“That’s a big chunk,” Maines told the Post-Gazette. “Our operating revenue is around $3.8 million annually, so to have $12,000 going to literally nothing is really disheartening.”

The survey of 176 nonprofit organizations, which often serve vulnerable populations, was conducted by the Pennsylvania Association of Nonprofit Organizations (PANO) along with the Greater Pittsburgh Nonprofit Partnership and United Way of Pennsylvania. The number of respondents was a small fraction of the more than 3,000 nonprofits in Pennsylvania with government contracts and grants.

Nearly $172 million was classified as being borrowed by nonprofits due to the budget impasse, according to PANO’s press release. In addition to the $67.3 million in loans, this includes $85.6 million organizations took from savings and $15 million in delayed payments to vendors.

Eighteen percent of the survey respondents reported that they had their credit rating negatively impacted by the state budget impasse.

More than 17,000 clients of nonprofits either had services cut or reduced, and five nonprofits were forced to close for a total of 73 days, according to the report.

“We are giving serious consideration to shutting down operations, given the extent of operational losses and the governmental expectation that we essentially work without pay for more than half the year.”

The survey also said 382 full-time positions from 86 nonprofit organizations were negatively impacted by the budget impasse. More than half of those positions had reduced hours or pay, and 28 positions had their benefits reduced or cut.

Pennsylvania’s budget impasse lasted until March when Gov. Tom Wolf allowed the final $6 billion of the state budget to pass into law.

The Legislature’s deadline for passing the fiscal year 2016-17 budget is June 30. Budget negotiations have started, but the state is facing a nearly $2 billion deficit, and disputes have arisen over key proposals.