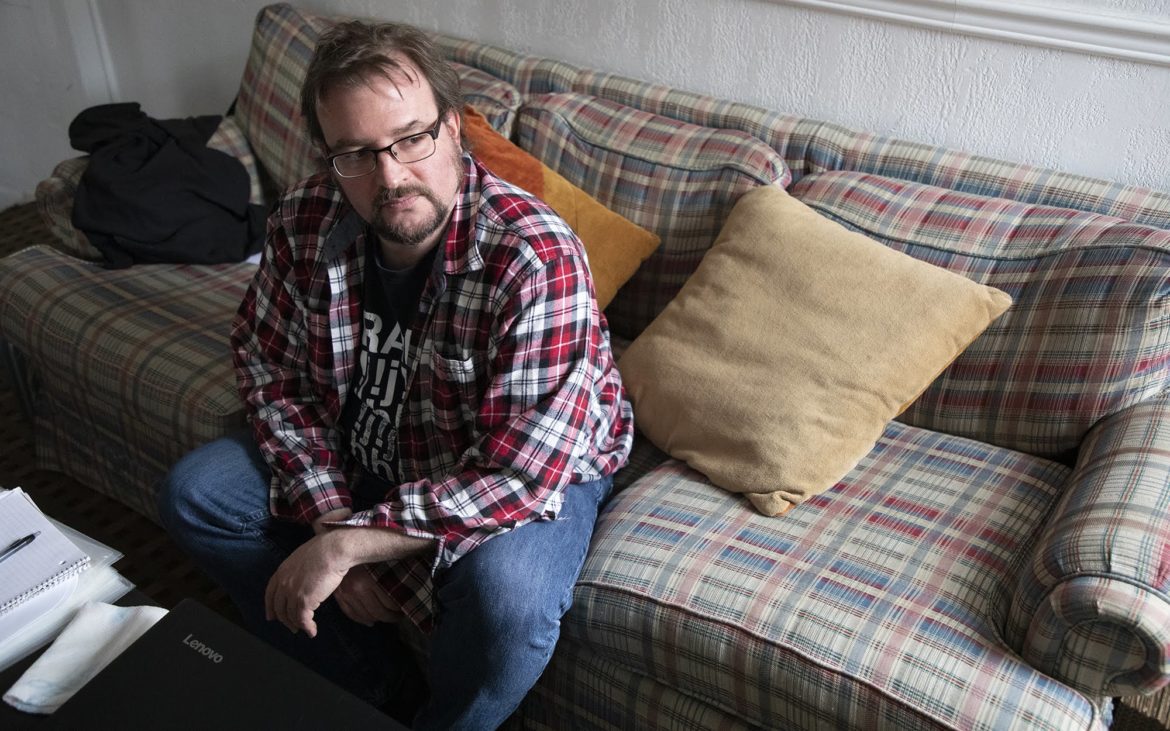 When North Side resident Dana Hroblak looked at her hospital bill, she was stunned. It was an invoice for $27,000.

“I remember saying, ‘It’s Monopoly money,’” Hroblak, 27, said of the 2017 charge to have her appendix removed. “There’s no way we could ever pay that, so it was just kind of so shocking that it becomes funny.”

Her husband, a technician at a local university, and their three children are covered by insurance provided by his employer, but adding her to the plan would be too expensive. As a stay-at-home mom, she lacks a separate income and including her would cost $300 per month.

The Affordable Care Act [ACA], a nine-year-old overhaul to the U.S. healthcare system, is intended to make health insurance accessible for everyone by expanding Medicaid and making insurance easier for individuals to buy without an employer. Since its passage and a Pennsylvania's 2015 expansion of Medicaid, the state saw increases in the percentage of residents covered by insurance. But significant gaps remain.

Hroblak is among about 692,000 Pennsylvanians still lacking health insurance, according to the Pennsylvania Insurance Department.

For her, it’s not for a lack of trying to find a plan that works.

“The ACA doesn’t offer anything that we could afford,” Hroblak said. “I think when I applied for the ACA last May, coverage would still be $200 a month.”

Hroblak and several other Pittsburgh-area residents cited the high cost of insurance as a significant barrier to coverage. Some gamble, forgoing insurance in hopes that they won’t face exorbitant out-of-pocket costs. Others buy coverage but still face high costs for health problems not covered by plans they can afford.

Meanwhile, President Donald Trump’s administration has been working to dismantle the law, first by pushing for Congress to try to gut the law and then by removing the individual mandate. The mandate required Americans and lawful permanent residents without insurance to buy their own or face a penalty.

Against that backdrop and a political fight over whether individuals or the government should pay for insurance, Pennsylvanians like Hroblak are falling through the cracks.

As the executive director of Consumer Health Coalition, a Pittsburgh-based nonprofit that helps people of all backgrounds find health insurance, Lou Ann Jeremko knows about the local gaps in coverage better than most.

Jeremko said Pennsylvanians without coverage include immigrants and refugees maneuvering language and cultural barriers; people who work at startups that don’t offer benefits; and healthy, young people who figured they can go without.

“We try to be the voice of the consumer,” Jeremko said. “We try and encourage advocacy, both someone advocating for themselves as well as talking and working with groups for systemic change.”

Uninsured rates in the United States and Pennsylvania

Jeremko said the December 2017 repeal of the individual mandate seems to have resulted in fewer young people looking for help to get insured (though penalties still apply this tax season). Sharply attacked by conservative lawmakers, the individual mandate was intended to lower insurance costs by requiring everyone — including young and healthy individuals — to buy insurance.

The state has made progress in expanding insurance access. Former Gov. Tom Corbett initially rejected a Medicaid expansion offered under the ACA, but in 2014 approved an alternative that used federal funds to subsidize the purchase of private insurance for 500,000 Pennsylvanians who lacked insurance. In 2015, Gov. Tom Wolf accepted the conventional Medicaid expansion, insuring 700,000 new individuals, according to the Pennsylvania Department of Human Services. In September, Wolf’s office announced that Pennsylvania saw an uninsured rate of 5.5 percent in 2017 — the lowest rate in state history.

According to the national County Health Rankings and Roadmaps program, about 5 percent of individuals in Allegheny County were uninsured in 2016, the latest figure available.

Pennsylvania Insurance Commissioner Jessica Altman said the state doesn’t yet have a grasp of the impact the Trump administration has had concerning the ACA's efficacy.

It's difficult to calculate the number of “underinsured” people, which refers to people who are insured but have overwhelming out-of-pocket costs. “There’s definitely not a numerical definition, because I’ve actually looked for that myself,” Altman said. “It becomes very subjective.”

Penn Township resident Lauren Granata could be among those considered “underinsured.” The 25-year-old suffers from Type 1 diabetes and, while the ACA allows her to be covered under her father’s insurance for another year, she faces significant costs. Until she reaches the $6,000 yearly deductible, she pays out-of-pocket for insulin.

She pays $625 every three months for nine insulin vials, she said.

As a result, she sometimes doesn’t use as much insulin as she should.

In the past, that’s been detrimental to her health. For instance, there was a day in January 2010 when she started feeling ill at work to the point that she couldn’t stand. When she got to the hospital, she suffered a kidney infection, which led to diabetic ketoacidosis. Her insulin intake, she learned, had been insufficient, and she was hospitalized for five days, including in intensive care.

“It was very scary to be in that situation and just feel so close to death,” she said. “I mentally was exhausted and tired and scared, but then I also just felt so terrible. It was very hard for me to walk in the emergency room.” 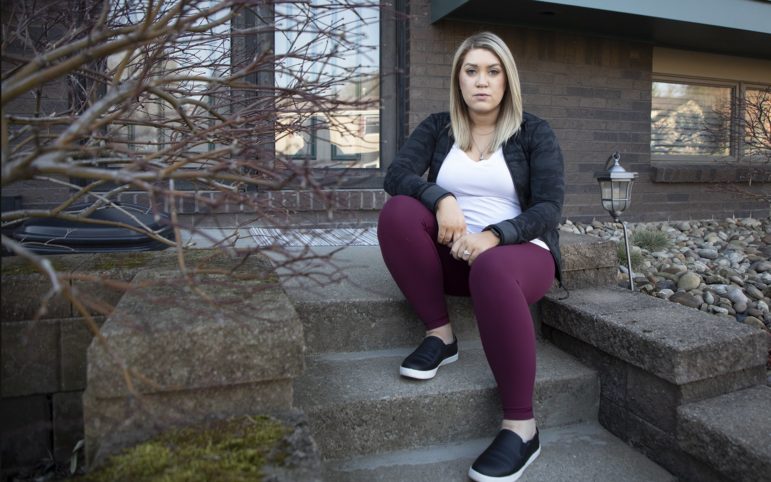 The ACA, which was signed into law about two months after Lauren's hospital stay, was intended to eliminate those types of scenarios, where patients choose between their health and their budgets. But, nine years later, Granata and others with chronic medical conditions often face the same choice.

Jason Baldinger, a 42-year-old artist from Bloomfield, has been uninsured for most of the past decade. He was briefly insured in 2013 and 2016, but the premiums were too expensive, and he hasn’t had insurance through an employer since 2007.

Because he’s often hopping from one odd job to the next, he is prone to losing out on benefits of the healthcare system that largely relies on employer-funded insurance.

“Fortunately, I am healthy. I’ve been living most of the last 12 or 13 years without health insurance, so obviously I’m gambling at a certain point in time,” he said. “Now being a few years over 40, it would be lovely to have health insurance and know that I could go to a doctor if I needed to, but I just have kind of skated without.”

Once, in 2016, his gamble didn’t play out well. He had to pay more than $1,000 for an emergency room visit after passing out while practicing with his indie rock band Pond Hockey. Personal experiences like this have left Baldinger unsatisfied with the ACA.

“Although I will appreciate the fact that there is an existence of an attempt to insure people that are not insured, the ACA is completely the wrong way to do it,” Baldinger said.

Instead, he believes in a single-payer healthcare system. Under that model, which some lawmakers pushed to include with the ACA, the federal government would provide tax-funded health insurance with inexpensive to nonexistent co-pays.

Several 2020 Democratic presidential contenders support proposals to expand federally funded insurance. A variety of plans have been developed, including Medicare-for-all bills, which are intended to approximate a single-payer system. Many members of Congress oppose or haven’t voiced public support for a single-payer system, citing a variety of reasons such as increased taxes it would likely require; opposition to making health care a broader obligation of the federal government; and concerns about the difficulty of the political fight to pass legislation.

Jeremko said she believes a single-payer system could bring about positive changes, including better control over costs and a system closer to universal health coverage seen in other countries like Canada and the United Kingdom. But Jeremko said she is wary about the consequences of such a stark change from the current system.

A systemic change could be beneficial, but smaller goals like lowering prescription drug prices could also help, Jeremko said. “Opportunity exists everywhere to improve our system.”

In his experience, difficulty accessing dental care is a common issue. Individuals sometimes come to USB with copays from $600 to $1,000. And, in general, obtaining health insurance with good coverage is challenging for many of USB’s clients.

In addition to the language barrier, health care in America is just plain complicated. While immigrants and refugees can identify a lot of similarities among Western countries, such as laws regarding criminal justice, health care in the United States is just different, said Brenda Green, head of the refugee and immigrant services program at Jewish Family and Community Services. 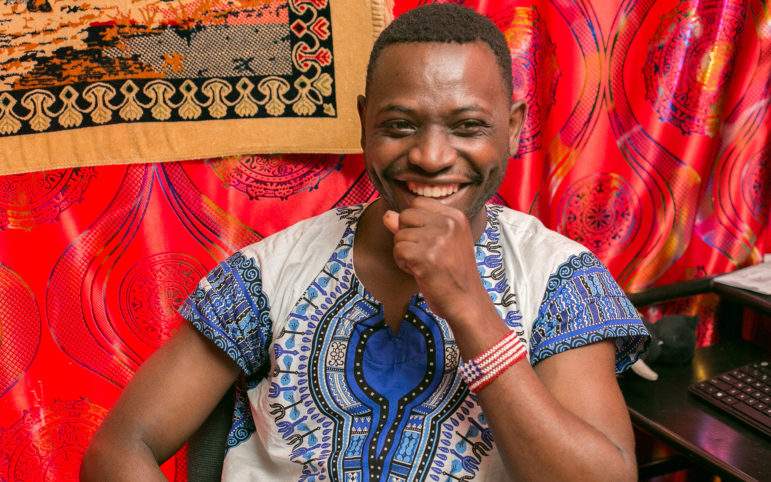 The program she runs helps immigrants and refugees find insurance, whether that be through the private market or through government programs like Medicaid.

Much of the paperwork is hard to get in many languages other than English.

As Chirambo explains, the language barrier is only part of the challenge for clients seeking insurance.

“People are struggling and they don’t know the rules of the medical care they have,” he said. “It’s all in English… they just receive letters, and no one is explaining, no one is telling what’s going on and how and what is changing, all of that. It’s almost like everyone in the United States has that issue.”