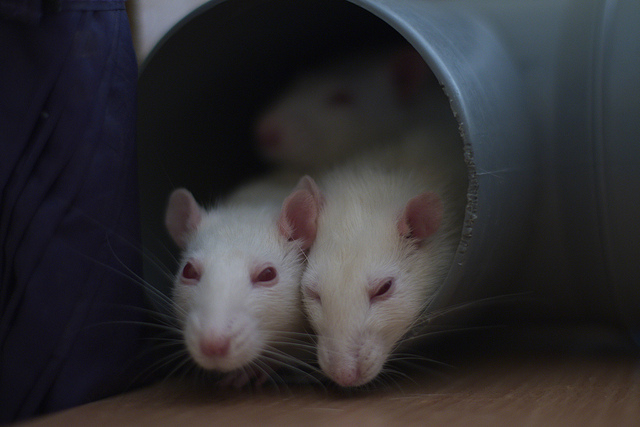 Women report bad reactions to clinical drug trials more frequently than men, and, as a result, the National Institutes of Health [NIH] aims to completely reform the biomedical testing process.

An NPR article reveals that biomedical testing has long been skewed toward male subjects from its earliest stages. Eighty percent of studies are performed exclusively on male mice, according to Dr. Janine Clayton, director of the Office of Research on Women's Health at the NIH.

Until the 1990s, researchers also tested mostly on human men out of fear that experimental drugs could cause complications for women if they became pregnant, according to NPR.

Because some drugs haven’t been thoroughly tested on women, they may experience adverse reactions or different effects entirely.

In guidelines released in 1994, Congress and the NIH recommended that women and minorities be included in human clinical trials. According to NPR, women now participate in more NIH trials than men.

A new NIH policy that started Jan. 25 requires researchers to consider both sexes from the preclinical stage, and to study both “male and female biology,” according to Clayton.

It's not as if people are ignoring female animals because they're chauvinists. Some researchers say females have been excluded from studies because their hormone cycles can confound the experiments, though the actual variability that the estrous cycle introduces is debatable.

NPR notes that sometimes the opposite occurs: Male animals have to be caged separately due to fighting, which creates an unreasonable expense and can affect results, so females are used.

Even if labs do use both sexes, the data are usually not filtered separately and any sex-based discrepancies are lost.

It’s imperative not to overlook the animals’ social situations, either.

[I]n most cases it's pretty straightforward to do a male-female comparison. But there's a danger in assuming that a difference noticed between male and female animals stems from a difference in their basic biology.

At the University of California-Los Angeles, focusing studies on female animals led to a breakthrough. Researchers realized that multiple sclerosis progressed differently in female animals, which led to the idea that pregnancy hormones can relieve symptoms, according to NPR.

At McGill University in Canada, researchers discovered that pain is transmitted in male and female mice differently.

If the same is true in people, that difference could have big implications for a class of painkillers meant to work by blocking the cells that are more active in men.

“The prediction would be those drugs simply won’t work at all in women. It's not that they’ll work better in women and worse in men. It’s that they won’t work in women period,” Jeff Mogil of McGill told NPR.