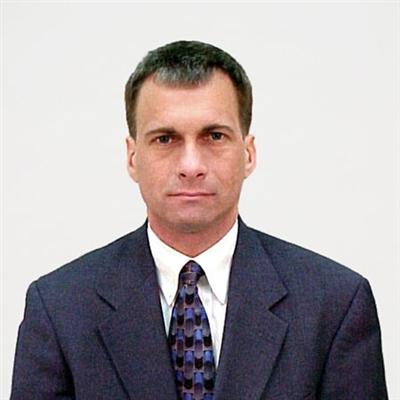 "Today we take a new step, a new direction in Pittsburgh public safety," Peduto said during the press conference as reported by the Pittsburgh City Paper.

After working a 25-year stretch with the FBI, Hissrich, 53, returns to his native city of Pittsburgh; he grew up in Forest Hills, a borough of Allegheny County. A 1984 Duquesne University graduate, Hissrich worked as a city paramedic for five years before joining the FBI in 1990, according to the mayor’s office.

While with the FBI, Hissrich acted as the chief of the Weapons of Mass Destruction Operations Response Unit in Washington, D.C. This position included the supervision of about 56 field offices around the country, according to the Pittsburgh Post-Gazette.

Hissrich indicated today that he would address the potential understaffing of  emergency medical services (EMS) as well as the need to educate communities on how to use EMS, according to City Paper.

"Since I've left Pittsburgh 25 years ago call volume has doubled in EMS and the staffing level of paramedics has remained the same, so we have to look at that," said Hissrich. ...

"It's not unique to Pittsburgh. It's throughout the United States. Many times people call 911 for non-emergency calls, and they expect the EMS paramedics, advanced life support, to transport patients as a taxi ride to the hospital," said Hissrich.

The mayor’s office announced the selection of Hissrich in late December following the departure of former public safety director Stephen Bucar in October.

Bucar held the position for 15 months before leaving to become a deputy commissioner with the Pennsylvania State Police.

Harper was sentenced to federal prison after pleading guilty to failing to file taxes and scheming to reroute police bureau funds into accounts for personal use.

McLay has been vocal about his hopes of improving the bureau’s image and relations with the community.

Hissrich previously applied for the position as public safety director back in June 2014, when Bucar was selected.

Michael Huss, the city’s acting public safety director, will go back to his position as assistant director of the department.

Peduto praised the joint efforts of McLay and Hissrich.

"There is a willingness right now with the administrations of all three bureaus to work together like I have seen at no time in my 21 years in city government," Peduto said, according to City Paper.