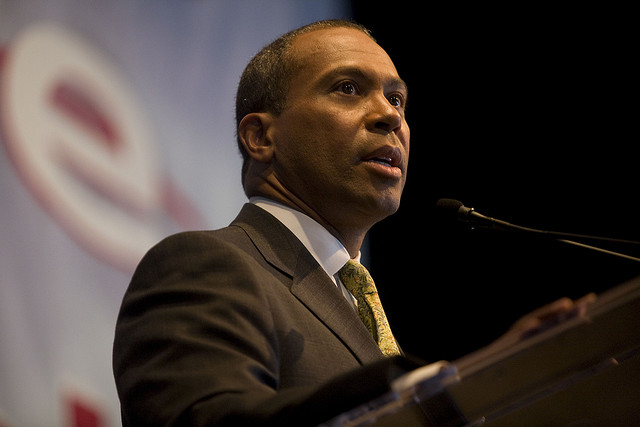 Massachusetts just made it a lot easier to find out who is donating the most money to super PACs involved in statewide races.

A new disclosure law requires outside political groups, such as super PACs, to display their five largest contributors who donated more than $5,000 in television, radio, internet and newspaper ads.

Signed by Gov. Deval Patrick on Aug. 1, Massachusetts House Bill 4366 also requires groups to report independent expenditures within seven days normally and within 24 hours if it’s 10 days or fewer before the election.

The law also raised the maximum an individual can give to a candidate from $500 to $1,000 in a year. At $500, Massachusetts had one of the lowest individual giving limits in the country.

Common Cause, a liberal nonprofit advocacy organization, drafted the original language for the bill four years ago, according to The Herald News.

The new disclosure rules have already begun to have an effect on the governor’s race.

One of the first ads the new law applied to was by Mass Forward Independent Expenditure PAC, a PAC that supports Democratic gubernatorial candidate Steve Grossman. The disclosure in the ad showed that his mother, Shirley Grossman, was one of the PAC’s top contributors.

A recent positive ad for Republican frontrunner Charlie Baker from the Commonwealth Future Independent Expenditure PAC listed some prominent national donors, according to The Boston Globe:

According to the list in the new spot, one of the backers is Beth Myers, who was [Mitt] Romney’s chief of staff when he was governor and a top aide during both of his presidential bids, a spokeswoman for the PAC confirmed.

According to the ad, the other top donors are Chris Collins, Lisa Collins, Kelly O’Neill, and the Republican Governors Association, a national, well-financed group focused on electing GOP candidates as governors.