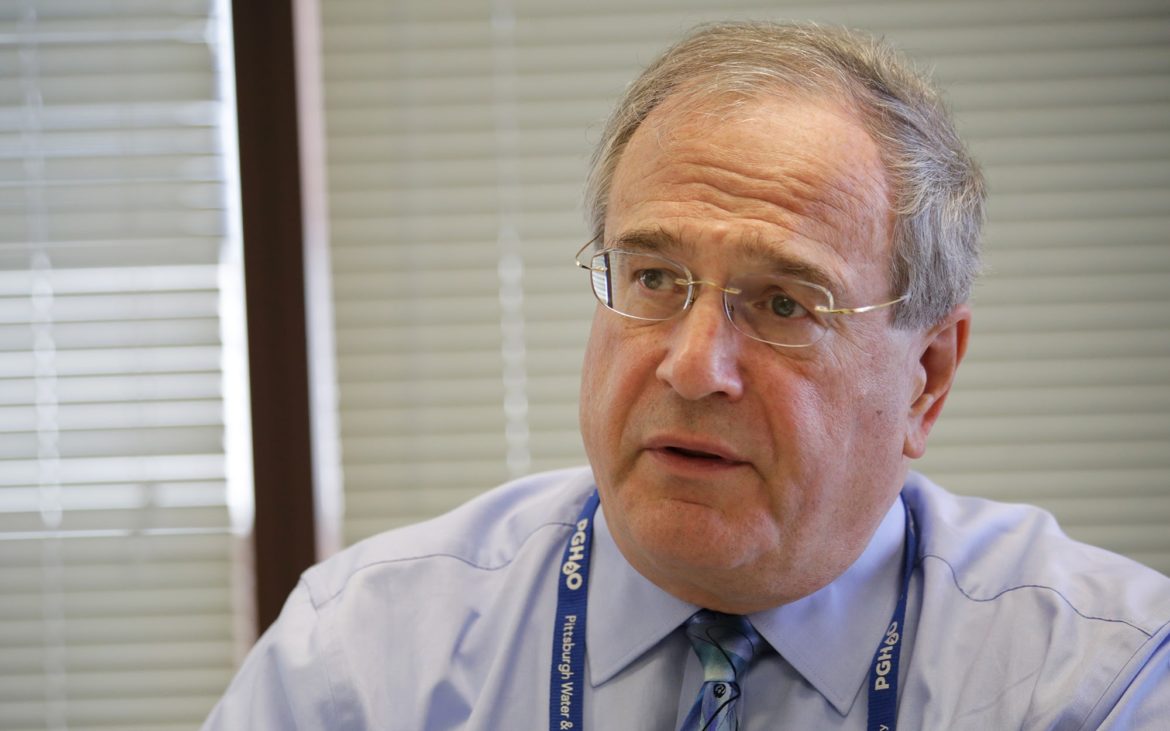 After more than a month of negotiations, some of them contentious, the Pittsburgh Water and Sewer Authority is close to finalizing a deal with the state that will affect how it replaces lead water pipes in the city.

The PWSA received a draft of a consent order it’s been working on with the state Department of Environmental Protection on Tuesday and is reviewing it now. PWSA and DEP could finalize that order and move ahead on enforcing it by the end of the month, PWSA Interim Director Bob Weimar told PublicSource on Wednesday.

PWSA had been pursuing the consent order — which is a legally enforceable document — as part of broader package of policies relating to lead and water treatment. The order will legitimize some of those policies. Mayor Bill Peduto’s chief of staff, Kevin Acklin, first said in July that the city and PWSA asked for the order as a way for the city to be able to replace lead water lines, including those on homeowners’ private property, even after the authority came into compliance with EPA standards. Over the summer, Peduto signed legislation that would allow PWSA to replace lines on private property but no plan for paying for the work has been announced to the public yet. Likewise, little has been made public about the consent order or its status as negotiations were kept private.

Now that new information is available about the order, it seems to include significant changes to what PWSA and the City of Pittsburgh had originally pursued. Along with the mandate to replace lead lines, Acklin previously said PWSA and the city were also looking for permission to add a new chemical, known as orthophosphate, to the water. Here’s what has changed:

Acklin issued a statement in response to an inquiry about the consent order, though he didn’t answer the specific questions PublicSource raised.

“We have charged the PWSA to finalize a consent decree as soon as possible with DEP that contains the definitive plan to remove lead exposure from our city's water system,” Acklin wrote. “We understand that negotiations continue and we expect to have an agreement that lays out a clear path forward to eliminate the risk of lead while protecting public health and financial impact on residents."

As negotiations have been underway, one sticking point was the schedule for PWSA to replace the 7 percent of lead lines it’s required to under EPA regulations. At one point, Weimar said, PWSA asked the DEP to give it until 2020 to replace the 7 percent from last year, though he said he doesn’t know what the final deadline will be. Weimar said the DEP took a hardline approach to the issue, arguing at one point that PWSA should do partial line replacements and meet the 7 percent requirement as quickly as possible.

Lauren Fraley, a spokesperson for the DEP, did not confirm specific inquires about the consent order and said the DEP doesn’t typically comment on ongoing negotiations. Fraley did write, though, that state regulations require PWSA to know where its lead lines are located and that the authority will be responsible for replacing at least 7 percent of its lead lines because it was out of compliance last year.

Replacing only part of a lead water line can worsen lead contamination because more lead tends to flake off from the pipes while the replacement is happening. In June, PWSA announced it was temporarily suspending its practice of partial lead line replacement.

“So the state’s position would be, ‘Damn the torpedos, full speed ahead, you replace partials if you have to in order to meet this number.’ And our board’s position is that they don’t want us executing any partial lead line replacements,” Weimar said. “It is a point of contention.”

In response, Weimar said, PWSA took an equally firm stance, arguing that partial lead line replacement is dangerous and that the PWSA board vowed not to do such work. At this point, it is not clear what the DEP’s stance on the matter is, though the agency does have the authority to make PWSA do partial line replacements even if it doesn’t want to. “Therein lies the impasse,” Weimar said.

For groups like the Pittsburgh Lead Action Now, an activist group focused on the city’s lead issues, not going back to partial line replacements is key.

“We do not want them to start doing partial line replacements,” said Casey Mednis, a group organizer. “But there’s some trepidation they’ll stop doing the [full] lead line replacements if they fall below the [EPA action limit] of 15 parts per billion.”

In the meantime, Weimar said PWSA is still looking to add orthophosphates to the water by early 2018. Orthophosphates, when applied to water systems with lead pipes, may form a protective layer around the inside of the pipe and prevent lead chips from flaking into the water. Weimar said PWSA is testing the use of orthophosphates at its water treatment plant and its microfiltration plant, in conjunction with the DEP, this month with a rollout to the whole system coming shortly after.

“I hope, by the end of the year, to be able to say, ‘We are intending to apply chemicals on this date,’” Weimar said.

All told, the introduction of the consent order provides a legally-binding safety net of sorts that should keep PWSA on track to solve its lead problems, even as it undergoes restructuring in the coming months. Brad Korinski, a solicitor for Allegheny County Controller Chelsa Wager, said the city and PWSA should be doing more, like continuing to fund a water filter program, but that the order still moves the needle.

“It is certainly not a step in the wrong direction,” he said. “But it’s a small step in the right direction.”