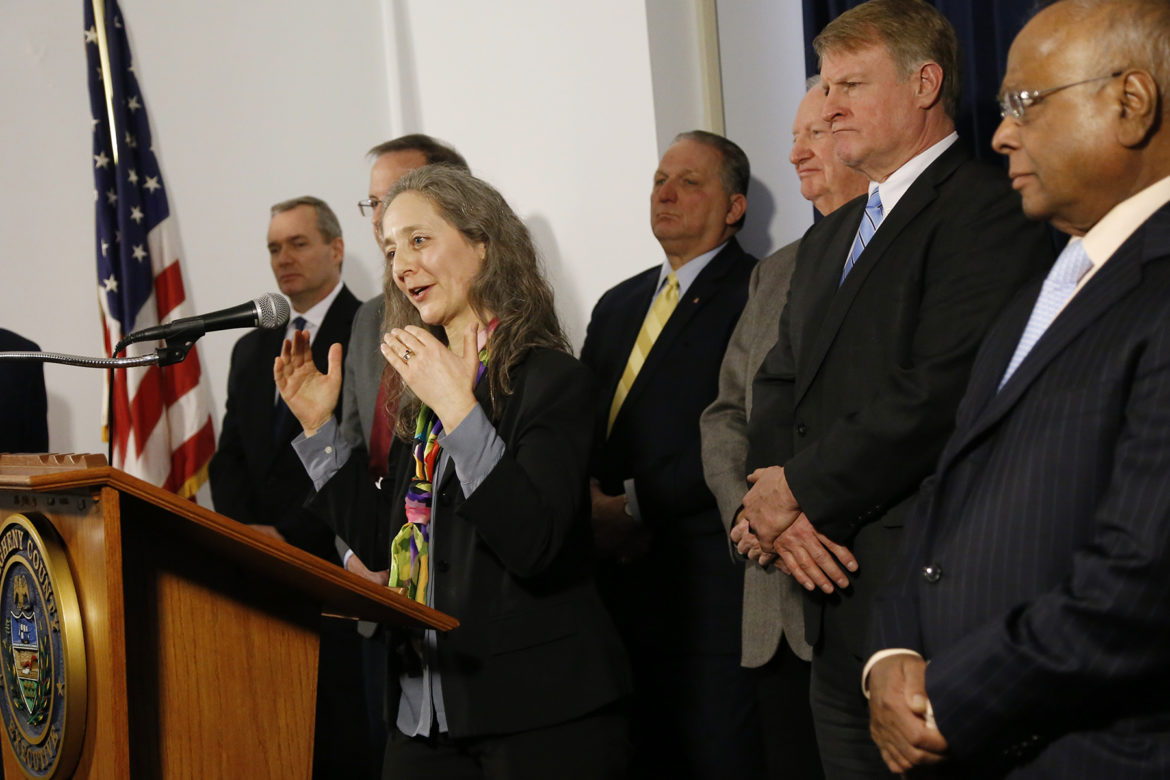 "I have a lot to learn about air quality but I’ve already started my reading," Bogen said.

Bogen declined to answer questions about the coronavirus while she gets caught up to speed and deferred to current staff who are working on the issue. She said she has been reading medical updates, national journals and the national press, including the New York Times, to get caught up to speed.

Edith Shapira, a health department board member who co-chaired the search committee, said Bogen’s local connections will be an asset. “During her decade in Pittsburgh, she has made excellent partnerships,” Shapira said. “These relationships will serve her well as we work to improve public health. She is strong, brave and personally delightful.”

The search for a new director took seven months and is replacing Hacker, who left for a director position at the Centers for Disease Control and Prevention.

“We have many challenges ahead of us, but her focus on health equity and addressing those health issues where rates are racially disparate will allow us to continue moving towards a county that works for all,” Fitzgerald said in a press release.

Allegheny County Controller Chelsa Wagner criticized the selection process, saying in a press release that it “should have included robust public input and involvement and, ultimately, a public vetting of candidates under consideration.” Instead, Wagner said the process occurred “behind closed doors,” which she said raised questions about whether the selection was made free of political interference.

“While I welcome Dr. Bogen and offer the full cooperation of my office in examining and improving Department functions, this secretive process has placed a great and undue burden on her to show the community she is best-equipped to meet the unique needs of Allegheny County,” the release said.

Bogen is currently the vice chair for education in the Department of Pediatrics with UPMC Children’s Hospital of Pittsburgh. She earned her medical degree from the University of Colorado School of Medicine and completed her residency at Johns Hopkins University. She is a founder of the Mid-Atlantic Mothers’ Milk Bank and, according to a county press release, has been an advocate for issues of maternal and child health.

Bogen has been co-directing the early childhood cohort of The Pittsburgh Study, which PublicSource wrote about last year. Its organizers say it is currently the largest community-partnered intervention study following children from before birth to adulthood.

Some environmental groups expressed initial optimism that Bogen’s work with children will lead her to tackle the region’s air pollution challenges head on. “Mountains of evidence show that air pollution is one of the most pressing dangers to the health of our children and a main trigger of asthma attacks that keep students out of school,” said Zachary Barber, an air quality advocate with PennEnvironment. “We look forward to reining in this far-reaching threat.”

Initially, despite her long resume, Bogen said she was reluctant to apply for the position. “I thought about it, and I talked to some colleagues and was encouraged but I had a bit of impostor syndrome and was afraid that maybe I wasn’t what they were looking for,” she said. “My colleagues encouraged me when the job wasn’t filled.”

Bogen said that, as health director, her focus will be on the region’s health but also said that jobs are important for the region and that she would reach out to local industry. “We need to work all together and that includes talking to industry as part of that effort,” she said.

Ron Sugar, the interim director, will continue in that post until Bogen officially starts on May 4.