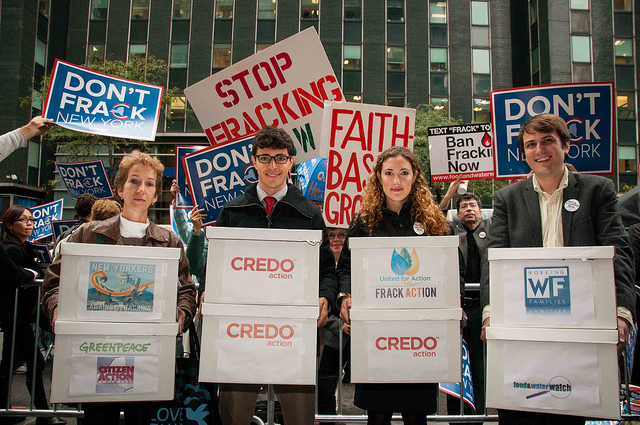 After more than five years, a decision has been made: There will be no fracking in New York state.

Gov. Andrew Cuomo’s administration made the announcement after increased calls from environmental groups to ban the practice, according to The New York Times.

Zucker said he wouldn’t allow his own children to live near a fracking site and that the “cumlative concerns” about fracking “give me reason to pause,” according to the Wall Street Journal.

Officials also said the economic benefits from fracking would be limited.

New York has had a moratorium on fracking for the past five years. Cuomo had been under pressure from both sides of the debate to make a decision: Drillers and residents who want to lease land, with claims that it would bring jobs and improve depressed economies atop the Marcellus Shale, and environmentalists who say the practice could pollute the state’s air and water and cause public health concerns.

Dozens of towns and cities across New York have passed moratoriums and bans on fracking, and in June, the state’s highest court, the Court of Appeals, ruled that towns could use zoning ordinances to ban fracking.