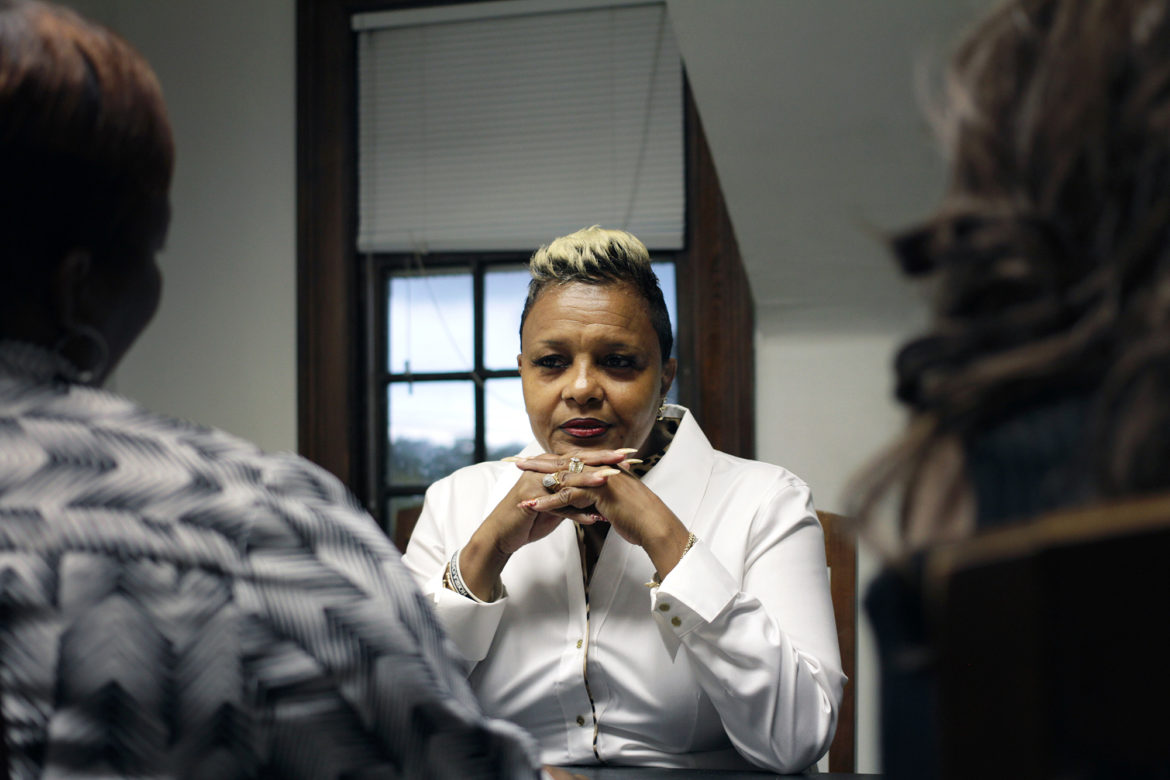 Hosea Davis, my only child, was shot 16 times with an AK, down in Larimer. The family of the man charged with killing my son was at our family reunion the year before. That’s how close it is to home. My son left five kids behind. And now they’re mine. Because what he was doing, it fell back on me.

If you haven’t lost a child, you don’t know the pain. The pain is like a knife digging in your heart.

And no, it doesn’t matter how long it’s been. Because I deal with mothers who have lost their kids 15 years ago, and they still cry. They still reach out and holler, “God, please help me. Give me strength.”

I try to be strong for my Mothers with a Voice group that I’m in, but my son is the reason I’m out here on this pavement every day, trying to save somebody else’s child, so they don’t have to join my group. I don’t want to keep comforting another mother. I don’t want to be holding you up. I don’t want your child to be a victim.

If you haven’t lost a child, you don’t know the pain. The pain is like a knife digging in your heart.

I sit and look at mothers, and I still say to this day, “It’s not your fault.”

My son started the Fathers Who Care Foundation in 2012. He would get kids off the street, take them places, do things with them, give them cookouts down on Larimer Avenue, just so they’d have something to do. This was his dream.

And I said with every breath in me, it is going to be successful. I’m going to do everything I can, with any help that I can get to save these kids.

We need to help these kids out here because they’re lost. They don’t have a clue. The drugs have taken over. My son was killed over drugs. He wasn’t no goody-two-shoes guy, but he was my son. I know he was a good son. And a good person — he saved a girl who was being stabbed at the East Liberty Target in 2013. He was also a great father, and he was my best friend. And I lost all that.

When they called me on the phone, my uncle called me and said, “Your son has been killed.” I hung the phone up.

“You ain’t talkin’ about my son. Cause he’s on the way to my house. He told me to get dressed. Cause we was going to eat.”

And that was like a half hour before I got this call.

I hung the phone up. It rung again. He said, “Connie, they killed Hosea.”

I got in my car and I drove down there, and my son was laying on the ground. The man arrested for Hosea’s murder is serving a 20-year sentence for dealing. He hasn’t yet been tried for my son’s death.

My son always said, “You’re the strongest woman that I ever met.” And I’m gonna keep that moving. Cause I want him to know that I have not given up on him. So, with that, I just want to say thank you to God for the strength he has given me to go to the schools and talk to the kids.

I want justice. I don’t want revenge. And that’s what I think we all want out here.

We want justice for our sons and our daughters and our grandkids.

My granddaughter is 4 years old, and she says to me, ”My dad’s in heaven…’cause the bad man shot him.”

Four years old. Should a 4-year-old be saying that? They’re supposed to be watching Minnie Mouse or Mickey Mouse on TV. Doing some ABCs.

Let’s save our kids.

One person, one community can’t do it. It’s going to take all of us to come together to do it. I’m here. I want to help, and I need help. Nobody can do it on their own.

Connie Moore is vice president of Mothers with a Voice and the president of the Fathers Who Care Foundation, which her son started in 2012 to provide youth outreach. She can be reached at (412) 362-9396 or fwcf1976@gmail.com.