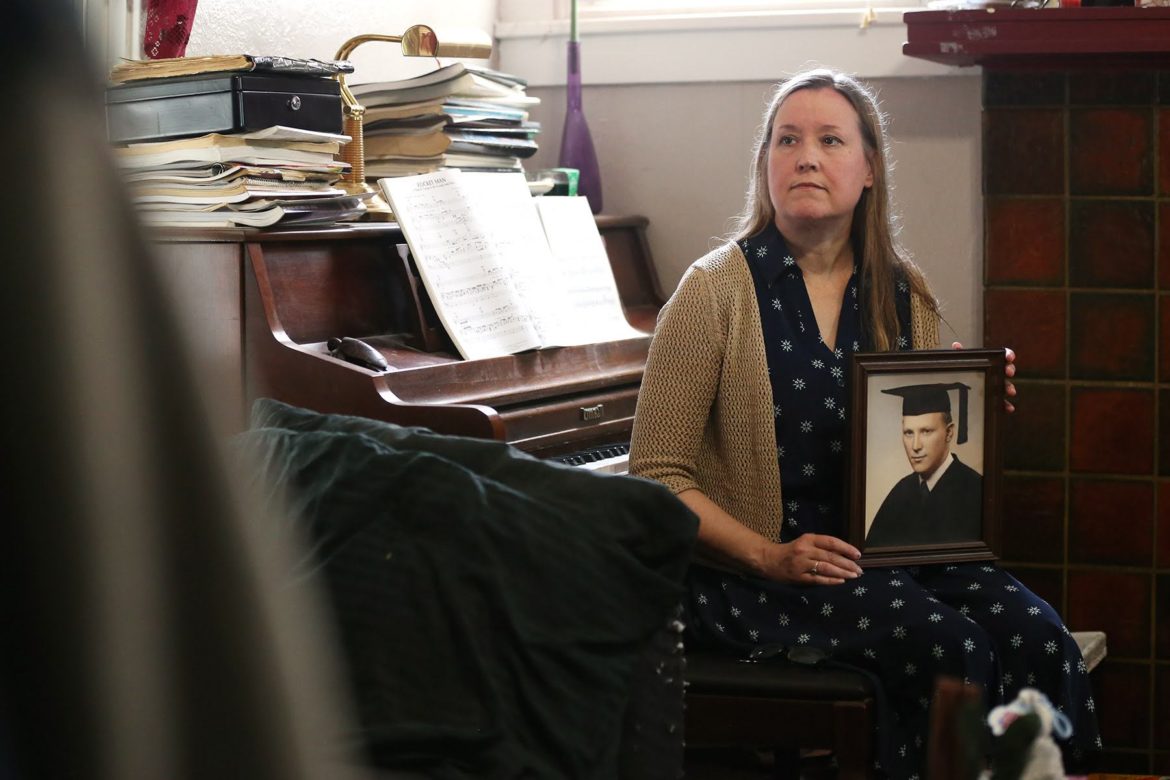 Stephanie Siler, sitting at a piano in her Carrick home, holds a high school graduation photo of her father Patrick Siler, who passed away on May 31. (Photo by Ryan Loew/PublicSource)

On Memorial Day, my father passed away in the hospital, 10 days after having a surgery to remove part of his colon with a tumor. He was 80 years old, but until the last few months of his life, he had been physically active, working small jobs and helping his siblings clean and sell their family home. He had more life to live.

My father came from a large, loving and very Catholic family of 13 children. He was the youngest boy, with three younger sisters. Although their house in West Mifflin was small, their family had enough land for a barn with horses and chickens. My dad told us stories of regularly waking up early to feed and care for the animals before going to school and once getting thrown off a horse as it ran out of the barn.

This childhood instilled in him a strong work ethic and even a love of work amid challenges. 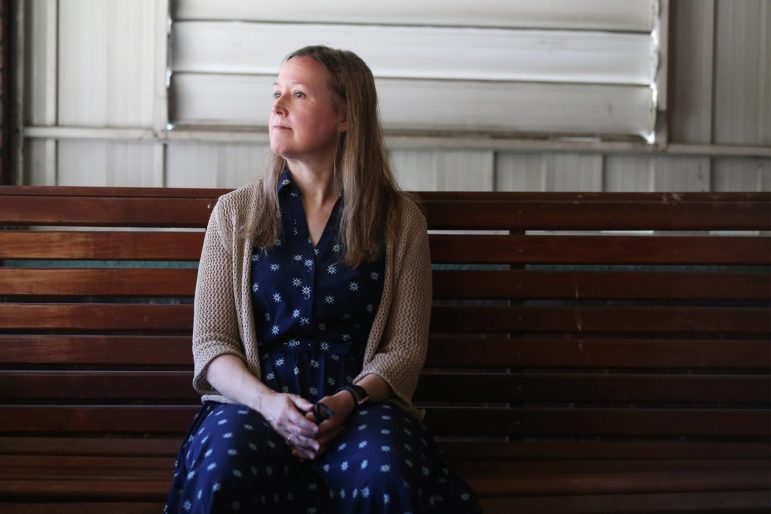 My father loved music. He played the piano, guitar, accordion and sang in his church choir until he had to quit due to hand tremors. He especially loved Rachmaninov’s Prelude in C Sharp Minor, which he never stopped trying to master. I remember him teaching me the dramatic intro, which helped inspire my lifelong love of the piano. He played “hippy” music on the guitar, including Bob Dylan and Peter, Paul and Mary. Despite his short hair, I’ve always considered my dad to be somewhat of a hippy, going his own way, doing his own thing and always questioning authority figures — including, for better or worse, doctors. He seemed to lose some trust in them after my older brother, Paul, passed away from leukemia at 17 in 1986.

Although he highly valued education and was urged by a high school physics teacher to study physics in college, my dad started his own construction company. He ran the company with his brother and employed dozens of relatives. Toward the end of my father’s funeral service, my brother asked everyone who my dad had done work for to raise their hands. Nearly everyone there did. A few days earlier, even though he was in very poor health, my dad had recognized his surgeon as someone whose house he had built decades ago. While he was in the hospital, he pointed outside to a hill with a cul-de-sac and mentioned he had built some of those houses. Of course, he had also done tons of work on my Carrick home, paying for the materials and charging me nothing.

My dad was an honest, decent, good guy. He put others first, making sure that his workers were always paid in full, even when money was short because his clients failed to pay. He never complained about hardships, work-related or otherwise. These included health-related problems from decades of construction work — including hearing loss, hand tremors and various injuries. In retrospect, I believe that his constant baseline state of discomfort may have contributed to his difficulties noticing and acknowledging more serious problems to come, including the cancerous tumor that had been growing in his colon, which eventually weakened his body and left him unable to eat. 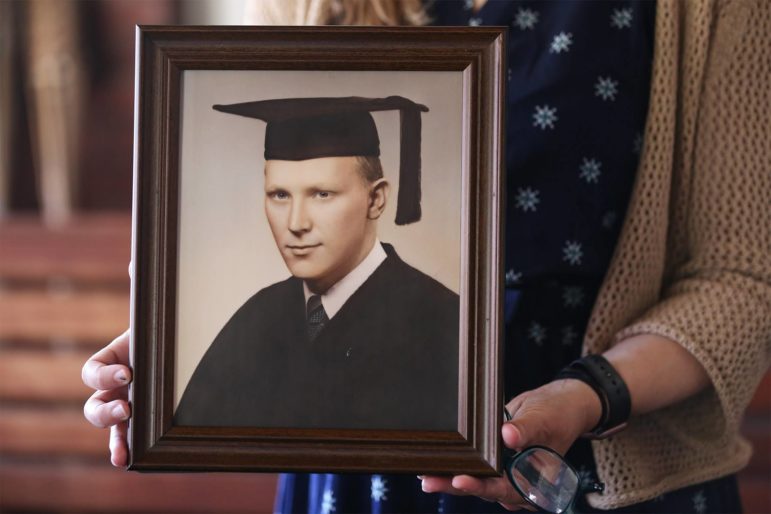 Stephanie Siler holds a high school graduation photo of her father Patrick Siler, who passed away on May 31. (Photo by Ryan Loew/PublicSource)

In memory of my dad, I also wanted to share some advice related to the lessons I learned in the past few weeks that I wish I had known much sooner:

This whole experience has made me realize that for-profit hospitals may be just as bad as for-profit health insurance. Hospitals have financial incentive to stop supportive care for people on Medicare (like my father) because Medicare pays a flat rate to the hospital for a patient’s stay (I’m grossly simplifying here, but this is a problem). Human life should take precedence over profits for shareholders.

Above all else, make sure your parents and loved ones know that you love them. Tell them every chance you get. I was grateful that my brother, sister and I were able to express that to my dad many times every day he was in the hospital, but I wish I had told him that sooner. I believe that the more loved people feel, the more likely they are to take care of themselves so they and their loved ones can enjoy life to the fullest extent.

Stephanie Siler is one of Pat Siler’s four children (along with Doug, Dana and the late Paul Siler). She is a researcher in educational psychology and studies science learning in particular. If you have a message for Stephanie, send an email to firstperson@publicsource.org.