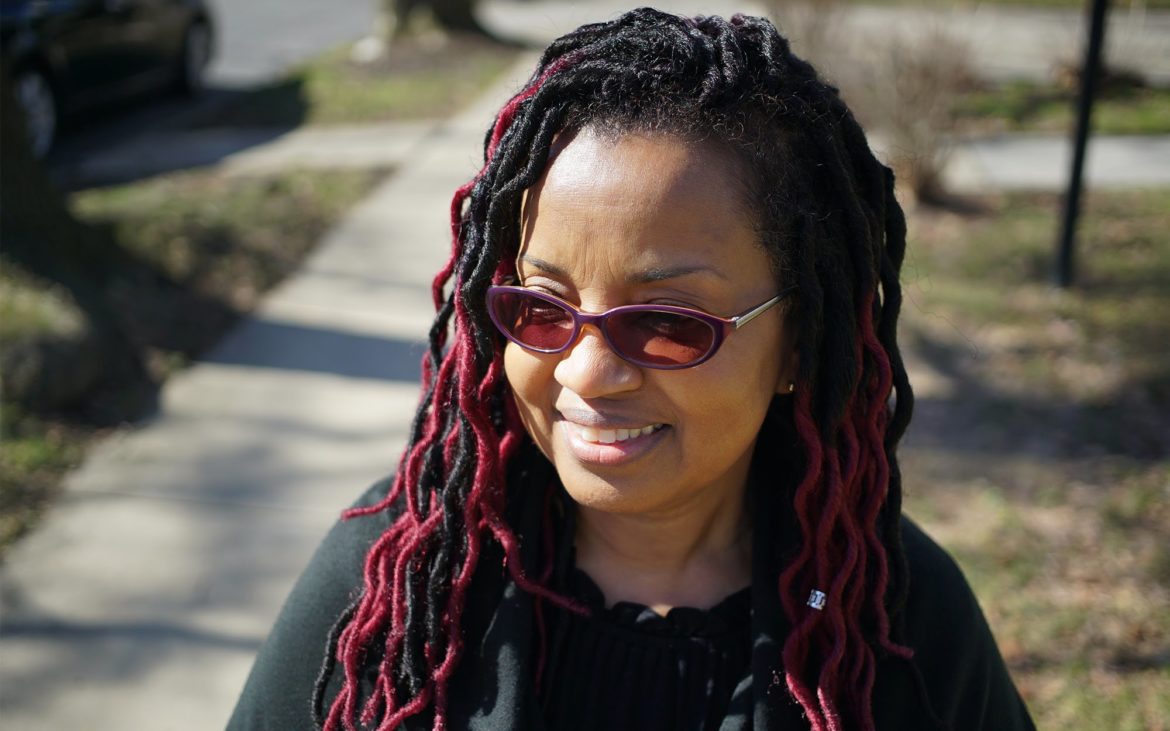 Aisha White is the program director of the P.R.I.D.E. Program in the Office of Child Development at the University of Pittsburgh. (Photo by Ryan Loew/PublicSource)

When my 6-year-old grandson told me he didn’t like the African-American girl in a book about diverse children because she was ‘too dark,’ I felt like the protagonist in the French film “Amélie” when she transformed into water and dropped into a huge puddle on the floor. I was devastated — shocked, angry, surprised and, most importantly, stumped.

I had been working as the director of the P.R.I.D.E. Program at the University of Pittsburgh for more than six months, immersing myself in articles about positive racial identity, reading multiple picture books about skin color and engaging in conversations with our team about our mission, program components and ultimate goals. I was sharing books about skin color with my grandchildren as a way to learn firsthand about the topic.

And despite my deliberate approach to test out theories, I found myself feeling just like the teachers and parents we had interviewed in our focus groups. Women and men in those groups described feelings of helplessness when their children or students made comments that showed their confusion about race or that previewed the development of racial biases. 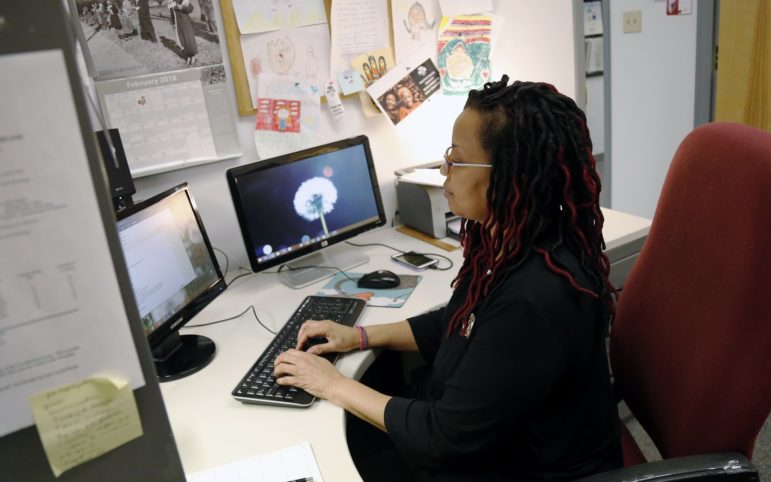 Aisha White, program director of the P.R.I.D.E. Program in the Office of Child Development at the University of Pittsburgh, works in her office on Feb. 27, 2018. (Photo by Ryan Loew/PublicSource)

I resolved the issue with my grandson, thanks to advice and information I’d gained over the course of a year or so with our team and colleagues from Pitt’s Center for Urban Education (who contributed to our report, Positive Racial Identity in Early Education, Understanding PRIDE in Pittsburgh). I knew that although I didn’t have a productive response in the moment — I just took his comment in stride and moved on to more pictures in the book — I could come back to our conversation.

A few weeks later, I had my older grandson place his very dark arm next to the picture of the same girl in the book and asked my younger grandson, ‘Is Sundiata too dark?’ At this point, he looked at me in deep contemplation, thought for a moment and then simply smiled. He realized I was gently teaching him a lesson about skin color without being preachy, and in a way that was near and dear to his heart because he loves his older brother.

This incident got me wondering, though. How many other children like him harbor these same kinds of views and attitudes and we — their parents, teachers, grandparents — don’t know it because we don’t engage in conversations about race?

"He realized I was gently teaching him a lesson about skin color without being preachy..."

For children between the ages of 3 and 8, those conversations can encompass the physical characteristics that ‘represent’ race. They’re too young to fully understand the socially constructed, abstract concept of race. In our work with parents, children, artists, teachers and other professionals, we’ve learned the hard way that flipping the way African-American children think about their identities is no small task. Changing their preference for and adoration of whiteness to a preference and adoration for self and others who look like them is hard work.

It's hard work because, when you think about it, it's hard to tell a child that some people believe there's something wrong with the way they look. It’s hard because children may have questions about it and attitudes about it that you aren't prepared to address. And it’s hard because you're up against so much; you're competing with messages children absorb from TV, movies, magazines, the news, the absence of role models and the list goes on.

But this hard work needs to happen. And, appreciating one’s own culture should happen before they can move on to fully embrace multiculturalism. 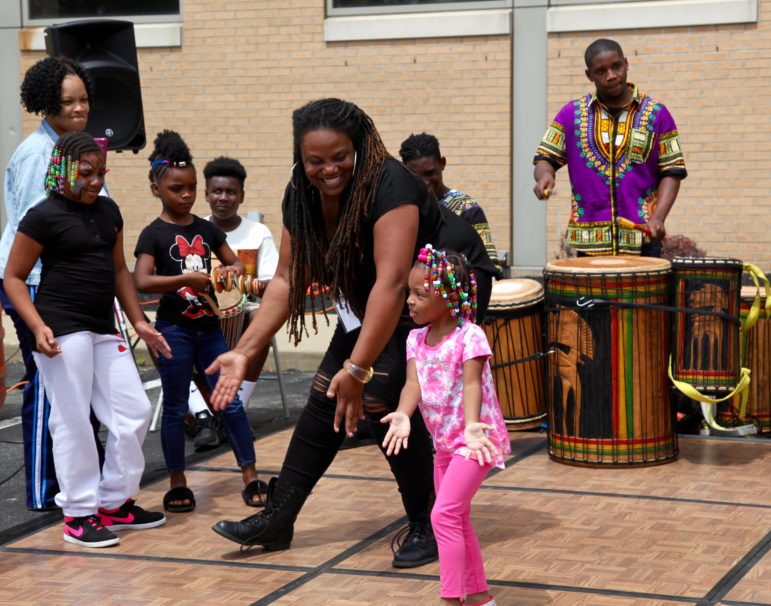 Recently, I read through a teaching supplies catalogue and discovered near the end of the brochure an advertisement that shook me and illustrated to me again why this is not simple work. The text read: “Jesus paid it all, All to Him I owe. He paid my sins in full and… He washed me white as snow.”  The image shows a black sheep transformed into a stark white one — symbolizing a transformation from bad to good. 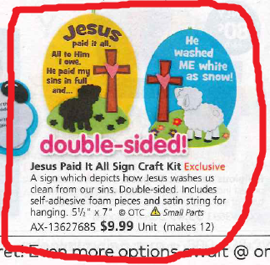 Aisha White said she was shocked by this ad because its message implies black is bad and one must be white to be pure. (Image courtesy of Aisha White)

I was mortified when I saw the ad. Some may find my criticism ill-placed, trivial even, but what message are we sending to dark children when they’re told that becoming ‘good’ means being washed white?

The message of self-love and acceptance is one that we must impart to our children; acknowledging the naturalness of Blackness is something we also have to do with young people, as well as with each other and with people of different races on a daily basis. These things need to happen if we are to ever overcome the cloud of negativity that for centuries has been purposefully attached to Blackness.

Put frankly, we are the way we are, just as is the case with all other peoples of the world. There are simple explanations for differences in physical appearance that are based on adaptation to the environment, but the reason our children don’t know it is that their parents never learned it and are not positioned to teach them. That could change in an instant. Parents and teachers and caregivers could simply begin by reading picture books about skin color and hair texture, looking at the images and observing children’s responses. In 2016, the P.R.I.D.E. program partnered with the Carnegie Library to recommend a series of books for babies, toddlers and preschoolers.

"It will take some time to rid the world of the scourge of racism, but we can contribute to the process..."

And while picture books are a great start for initial engagement with the topic, what’s more impactful is starting a conversation. Asking and answering questions with your child is so important, as is telling them the things you like, love and adore about the way they look. It’s beneficial to help them learn about which family members they most resemble so they can make those connections to their larger racial group and then expand the conversation to talk about people of African descent across the planet.

It will take some time to rid the world of the scourge of racism, but we can contribute to the process, starting small and using proactive strategies to prevent our children from developing the kinds of ideas that led my grandson to think someone was ‘too dark.’ Too dark for what?

Aisha White is the program director of the P.R.I.D.E. Program in the Office of Child Development at the University of Pittsburgh. She was born and raised in Pittsburgh. She is also the executive director of Rights & Responsibilities, a human rights organization that uses film and other media to focus the eyes of the world on human rights issues impacting people of African descent. She can be reached at aiw9@pitt.edu.

One thought on “My 6-year-old grandson thought a book character’s skin was ‘too dark.’ Here’s how I handled it.”