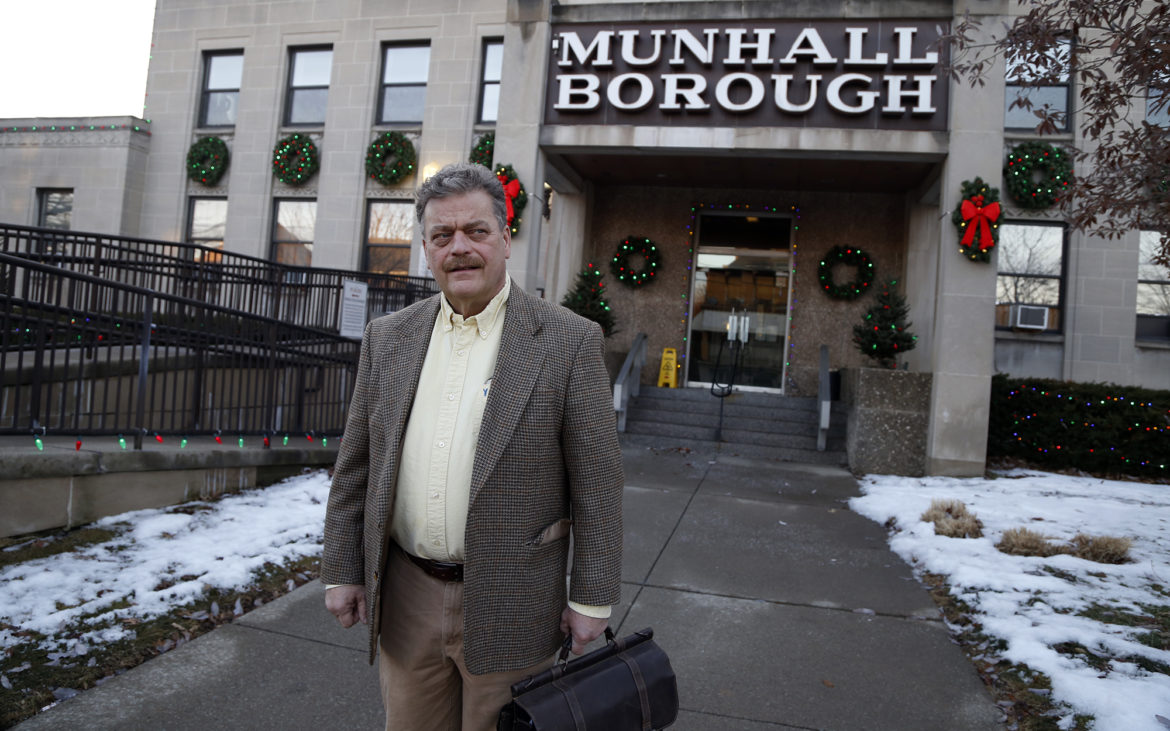 The Borough Council of Munhall has given Mayor Rick Brennan tacit approval to develop plans for a public park on land in The Waterfront development, despite entertaining a December bid from a construction company to buy the 7 acres.

In his first council meeting as mayor on Wednesday, Brennan noted that several council members had voted to file the eminent domain petition in December 2016, requesting the empty lot be transferred to the town from a nonprofit that wanted to offload the tax burden. The petition also stated the borough’s intent to develop a public park there.

However, last fall, the council voted to accept bids from private companies — only after Homestead-based Franjo Construction emailed an offer for much less than the land is worth. PublicSource published a story about the land in question and the controversy surrounding it a week ago.

“What’s changed in our position?” Brennan, a former council member, said at the Wednesday meeting.

“My position has never changed,” Councilman John Tichon shot back. “I have always been open to suggestions. Right now, from here forward, I am still interested in seeing the property used for the benefit of the town in whatever way it best benefits the town. That doesn’t mean it’s a park and that doesn’t mean it’s an industry.” 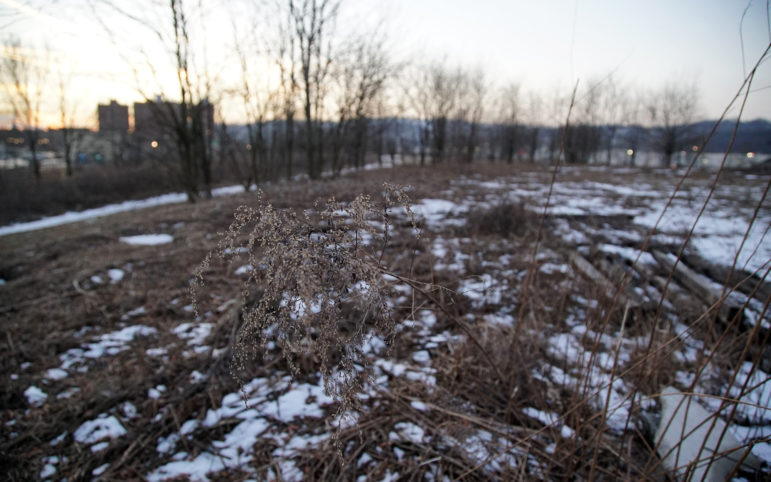 Munhall Borough owns this undeveloped land in The Waterfront area. The borough seized it through eminent domain, claiming it would create a public park, and then put it up for sale. (Photo by Ryan Loew/PublicSource)

Brennan said he had reached out to the Penguins hockey team and others about sponsoring park facilities there.

“If that’s something you want to do, I would say do it, Rick,” Tichon said.

Council President Rob Falce added: “I’ve always said the whole time that I am interested in options, all options, so I have no problem with it.”

It’s also still an option for the council to vote to sell the 7 acres.

In August 2017, Franjo Construction sent Munhall’s solicitor a “formal proposal” to buy the property for $75,000, a fraction of the $275,000 value Allegheny County assessors had put on it. The town had not yet publicly stated an intent to sell the land. In October, the council voted to post legal notices about its intent to sell in newspapers, a legal requirement before selling it, citing general interest in the land from businesses. After posting the sale in The Valley Mirror and southern edition of the Pittsburgh Post-Gazette, the borough received only one bid, from a company called JLRL RE LLC, which a majority of council members assumed to be associated with Franjo because the initials correspond with the names of Franjo owners. Its offer was $125,000.

Brennan has vehemently opposed the sale to any private entity, citing the lack of other available and suitable space for a park and the packed schedule of sports teams that are booking time at Munhall’s West Field.

He said residents have told him they would prefer a park. “Everywhere I go, they want to see it done,” Brennan said. “They want to see a park property there. It’s few and far the complainers who don’t want it done. I think I am far in the majority.”

Brennan said he will now solicit interest from nonprofits, private companies and town residents for putting park facilities there. He added he is still researching his power to veto a vote to sell by the council. 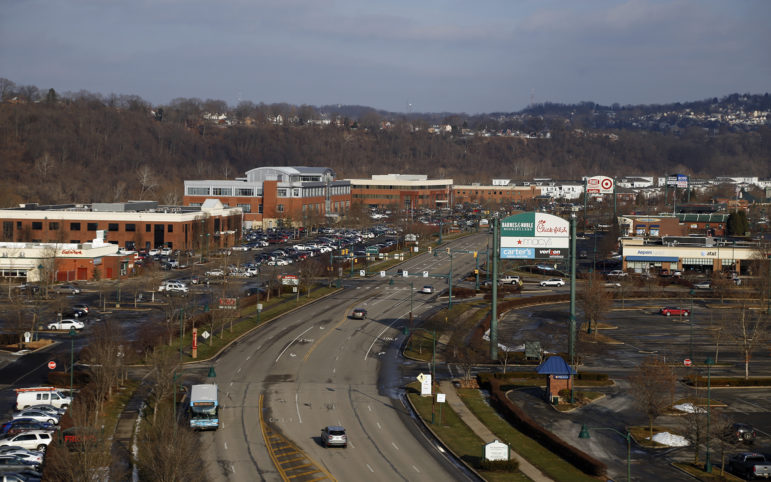 Councilman Richard Votedian brought up the PublicSource article at the council meeting and said he felt it stated that some council members, including himself, “are associated with Franjo.”

“I sure as heck would like that corrected,” Votedian said.

The original article made no mention of any individual council member’s connection to Franjo, but noted that the company had been involved in Munhall government before, offering to loan the borough money during a time of financial distress.

Falce said that the article led residents, particularly those who commented online, to doubt the council’s character. “People were making assumptions and jumping to conclusions that this council and this body [are] not good people,” he said.

Addressing a writer for PublicSource directly, the council president said, “We’re all interested in what is best for Munhall Borough and so is the mayor. ... Sometimes, we may differ on opinion on what’s best, but we are above board, and you did not say that we weren’t, but of the things, the people who responded to your article, it was generally disturbing. It keeps you up at night.”

Donna Dreshmen, a lifelong Munhall resident who attended the meeting, said she would like these deliberations to ultimately result in a recreational facility at The Waterfront. She said open green space might not be best, though. “It’s going to be too hard to get in and out of The Waterfront with all the traffic to have a regular park,” Dreshmen said, “but they could do a development with it for a sports complex. That would be better.”

Nick Keppler is a Pittsburgh-based freelance writer who has written for Reuters, Slate, Mental Floss, Vice, Nerve and the Village Voice. Reach him at nickkeppler@yahoo.com.