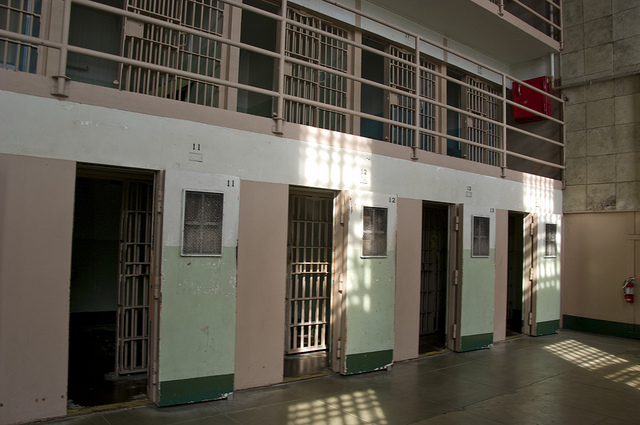 Little information is available on the conditions of solitary confinement in prisons across the country.

Close to 100,000 prisoners are being held in some sort of restricted incarceration, according to the Association of Prison Administrators and Yale Law School.

USA Today tracked nine offenders in Texas who were released from prison in 2002, and all have experienced the harsh effects of solitary in the years following since their release. This has  caught the attention of prison officials, lawmakers and the Justice Department. In the 13 years since their release, all of them have returned to prison and solitary confinement at least once.

Among the report's most unsettling findings: Of the 30 prison systems that tracked how inmates were prepared for release, it found that in 2013, an estimated 4,400 offenders were released directly from solitary to their communities, with no transition period.

In October, the U.S. Supreme Court was asked to decide whether solitary confinement is a cruel and unusual punishment. Amid rising scrutiny of the topic, they declined to hear the case. Despite this decision, Justice Anthony Kennedy has cautioned against the risks of solitary, and told a congressional panel that he believes it drives men mad.

Silvestre Segovia has spent almost half of his life in a windowless cell due to his association with the Mexican Mafia. When he was released in 2002, he spent much of his time in the dark. Segovia has since returned to solitary and said his only human interaction is with correctional officers or yelling to talk to neighboring prisoners.

Solitary confinement usually means 23 hours each day of being alone in a small cell.

Many inmates are held in segregation due to gang affiliations, and Segovia is just one of 5,000 in Texas.

USA Today reported that California has taken strides in avoiding segregation. Officials settled a lawsuit that ended solitary confinement for prisoners just because of gang affiliation.

Pennsylvania is facing a class-action lawsuit because mentally ill inmates in the state can endure months of solitary confinement while they wait for a trial.

According to a federal lawsuit filed in October:

Pennsylvania is violating the rights of mentally ill defendants, allowing them to languish in jail often for hundreds of days for petty crimes, before determining whether they can be rehabilitated enough to stand trial or committing them to a treatment setting.