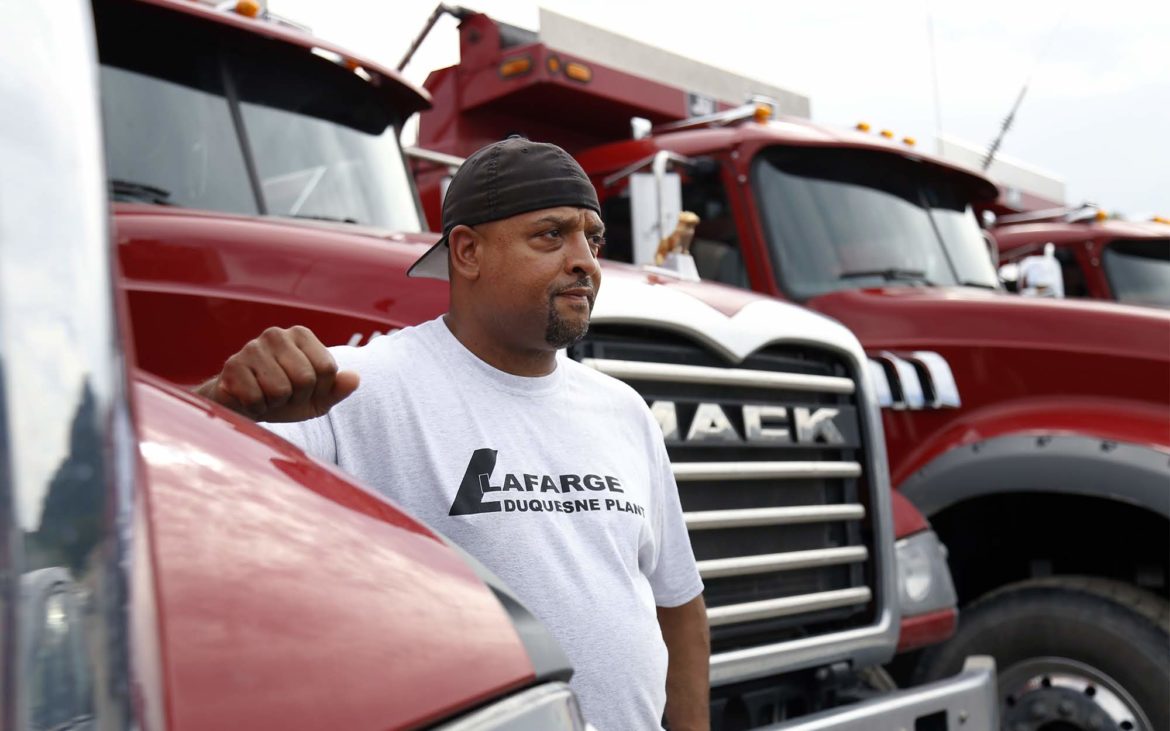 Sky Williams, 46, has worked as a truck driver for more than 20 years. While Williams acknowledges the rapid development of self-driving vehicles, the Indiana Township resident doesn’t believe his job could be completely automated. (Photo by Ryan Loew/PublicSource)

Sky Williams has been driving trucks since his early 20s. The Indiana Township resident is 46 now and when he sees headlines like, “Robots will take our jobs. We’d better plan now, before it’s too late,” it doesn’t concern him. Even though experts say truck drivers’ jobs are susceptible to automation.

Though Williams acknowledges the rapid development of self-driving vehicles, he doesn’t believe his job could be completely automated. Williams transports large quantities of stone and other building materials to and from construction sites.

“There’s places that I go that a self-automated system would not be able to work. Like, we’re working out by the airport… I’ll take stone there and, a lot of times, the laydown yard is all mud pretty much,” he said. 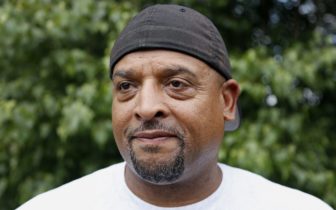 "There’s places that I go that a self-automated system would not be able to work," said Sky Williams, who has been driving trucks since his early 20s. (Photo by Ryan Loew/PublicSource)

Plus, being behind the wheel of a truck is different than a car, with maneuvers and considerations that he thinks can’t be easily programmed. “There’s a rhythm that goes with just about everywhere you’re driving. Driving a truck is totally different than driving a car, because you have to increase your stopping distance. You have to watch everything around you. The more you have pedestrians, the more unpredictable that road is,” Williams said.

Right now, demand for truck drivers is high. Two years ago, the United States had a shortage of 78,000 truck drivers. That number has grown to 280,000, giving truck drivers more leverage to negotiate the terms of their employment.

However, a recent report from the Allegheny Conference on Community Development signals that advantage for truck drivers may be temporary. Using a study from the University of Oxford, the conference determined that 39 percent of workers (about 435,000 people) in the seven-county Pittsburgh Metropolitan Statistical Area (MSA) are in jobs at high risk of automation. All of the jobs characterized by the conference as 'high risk' were assigned an 85 percent or higher likelihood of automation in the Oxford study.

These high-risk professions include workers in retail sales, of which the Pittsburgh MSA has nearly 36,000, as well as operating engineers and other construction equipment operators, a regional workforce of about 5,200. The report also includes the 13,360 area truck drivers as working in a profession vulnerable to automation.

While virtually any news about Uber or Carnegie Mellon University seems to suggest otherwise, so far, automation has had little impact on Pittsburgh’s economy compared to other cities. According to 2015 data from The Brookings Institution, Pittsburgh ranks 236th out of all U.S. MSAs for its industrial robot presence — with about one industrial robot per 1,000 workers. The metro area of Elkhart-Goshen, Indiana, ranks first with nearly 36 robots per 1,000 workers. 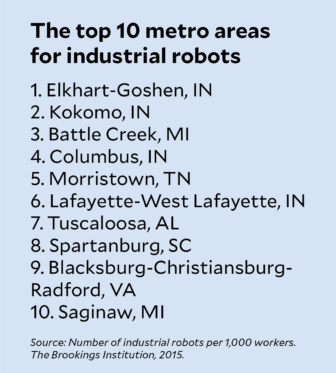 Economists and workforce development managers say that if you work in an occupation at risk of automation, automation is more likely to change your job than to take it.

This process has been underway for years. Karen Rodriguez, former bank teller-turned-manager of PNC’s Oakmont branch, has seen automation change the job of a bank teller over the last three decades.

Rodriguez, a 67-year-old resident of Verona, said she started working as a teller at PNC in 1982. Before computers, Rodriguez remembers work as a teller required extensive manual calculations and clerical work. “I would have an actuarial book where I would calculate the [insurance] rates on paper,” she said. “That part was very interesting to me. I loved doing loans and doing those calculations.

“It was a lot of paperwork. A lot. If you made one little clerical mistake, you had to rip it out and start writing again.”

She says, with computers, you can get more work done faster, “but if the system is down, your hands are tied. You can’t [even] cash a check,” and younger employees “look at you like a deer in the headlights. They don’t know what to do.”

Rodriguez also saw how computer-based banking solutions have slowed branch traffic. “Young kids don’t come into the bank... they can do everything online or call the 800 number and get their answer.” She said that the number of transactions determines the number of employees necessary at a branch. She said, at her branch, “We went from having 13 employees there to probably seven now.” 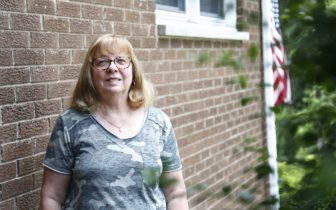 All this considered, the number of U.S. workers employed as bank tellers did not decrease between 1980 to 2010. Banks actually moved to open more branches in urban areas as it became cheaper to operate branches with fewer tellers. Though the number of bank branches nationwide has declined since the Great Recession, it is not attributable to the rise of ATMs.

They did change the kind of work tellers do each day; some tellers have moved into roles with increased customer interaction and sales responsibilities, known as “relationship banking.”

Who’s most likely to get a pink slip due to automation?

Increased automation has also impacted the manufacturing sector, spurring growth and changing the daily responsibilities of local workers. DMI Companies, a large HVAC component manufacturer headquartered in Charleroi, Pa., has “seen a lot of growth in the last several years,” according to Katie Hager, workforce development manager at DMI Companies.

“The more automation that we put into our production facilities, the more we need people who can operate and maintain that equipment... Instead of getting rid of jobs, we’re upskilling people and making their jobs less labor intensive when possible,” Hager said.

“CCAC has been an excellent provider of the training because it’s quality training at a reasonable price,” Hager said. “They’re very very easy to work with and willing to customize to meet our needs.” 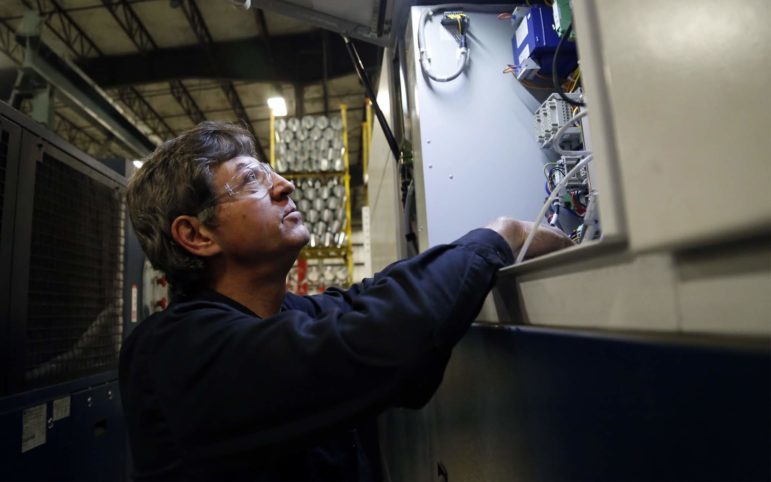 Belle Vernon resident Paul Roberts is a maintenance technician at DMI Companies. In 2011, DMI hired Roberts as a machinist.

Originally from Tennessee, 54-year-old Roberts said that when the company approached him in 2013 about a training opportunity — the chance to participate in mechatronics training at CCAC — his response was, “Oh, Lord, yeah! Any time I can better educate myself, why not?”

The training also equipped Roberts with additional skills so he doesn’t have to rely on outsourcing certain work as much.

When DMI switched from a manually operated bandsaw to an automated solid state laser to cut subcomponents out of sheets of steel in 2014, they sent four employees to Connecticut for a weeklong training with the laser’s manufacturer.

Eric Kostelac was one of those sent. Kostelac, 48, has worked at DMI since 2003; he’s been a production worker, machine operator and, now, he’s a laser coordinator. 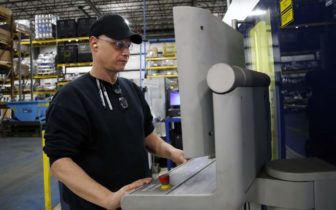 Working with the laser “avoids all the lifting, the moving, all the heavy part of the job,” he said. “When I was making elbows, I wasn’t thinking about making elbows anymore, you know. After a year of it, you could probably do it blindfolded and in the dark because your body just gets into that habit... now I have to think about everything I’m doing.”

And that turns out to be a good thing.

“I really like the job I have now,” Kostelac said. “It’s a little bit of something different every day.”

Jordana Rosenfeld was a spring 2018 intern for PublicSource. She is now working as a community engagement specialist at the Mon Valley Initiative. She can be reached at jordanarosenfeld@gmail.com.

Automation could threaten these professions, too.