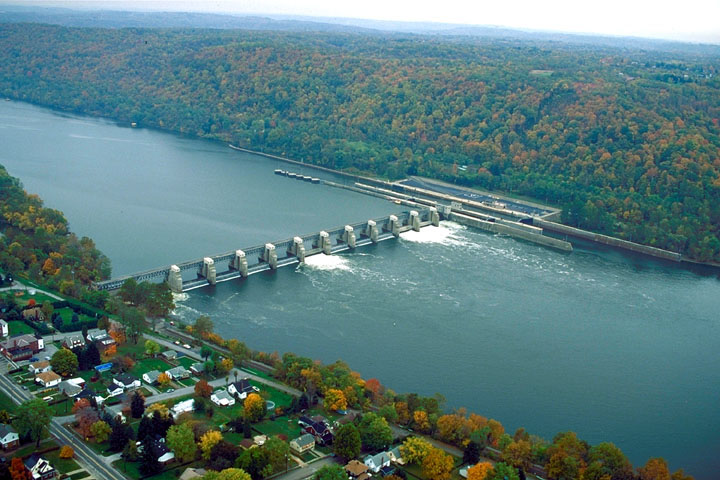 Here at PublicSource, we do mostly enterprise and in-depth reporting and leave the breaking news to our daily news partners. But, from time to time, we come across breaking news when no other reporters appear to be around. Reporter Emily DeMarco was recently at a Port of Pittsburgh Commission meeting when a U.S. Army Corps of Engineers official talked about the state of some of Pennsylvania's locks and dams.One in Beaver County, in particular, that might fall down was mentioned. So we called our news partner there, The Beaver County Times, and asked if they'd like a story on what we'd heard. They said yes, and here's the result. Keep an eye on our website for an updated map of Pennsylvania's locks and dams in need of repair.

This story was first published by The Beaver County Times.

The triggering of automatic budget cuts in Washington known as sequestration could have dangerous consequences for the Montgomery Locks in Beaver County, which could topple without much-needed maintenance, according to a U.S. Army Corps of Engineers official.

Colonel Bernard Lindstrom, the commander of the Army Corps of Engineers Pittsburgh District, told a meeting of the Port of Pittsburgh Commission last week that it is likely the corps will have to defer maintenance to the region’s 23 locks and dams, which are among the oldest in the nation.

To maintain the Montgomery Locks, built during the 1930s and located along the Ohio River, the corps would have to de-water the lock, or lower the water level so the wall is no longer submerged.

“If we de-watered that lock, there’s a good chance that wall will fall, will topple,” Lindstrom told the commission. The Montgomery Locks are in such bad condition that they spurt water, he said, adding that when the river is high “it shoots about five to six feet in the air.”

Several of the commissioners present said they would like to take Lindstrom up on his offer to tour the Montgomery Locks and other of the region’s aging locks and dams.

The costs of sequestration to the economy are about more than just the condition of the infrastructure.

Industry in the region depends on the rivers for the transportation of goods. In 2012, about $5.6 billion worth of materials were moved over the area’s commercial waterways, said Dan Jones, a spokesman for the Pittsburgh District.

Coal is one of the materials moved by barge to power plants along the river. A reduction in the operation of the region's locks and dams may mean delays, which could mean higher costs for the consumer, Jones said.

The sequestration may mean a 20 percent reduction in paid hours for the Pittsburgh District’s  roughly 620 employees, an unpaid furlough period starting in April, and a hiring freeze.

The Pittsburgh District covers 26,000 square feet of land, including much of Western Pennsylvania, and parts of New York, Maryland, West Virginia and Ohio.