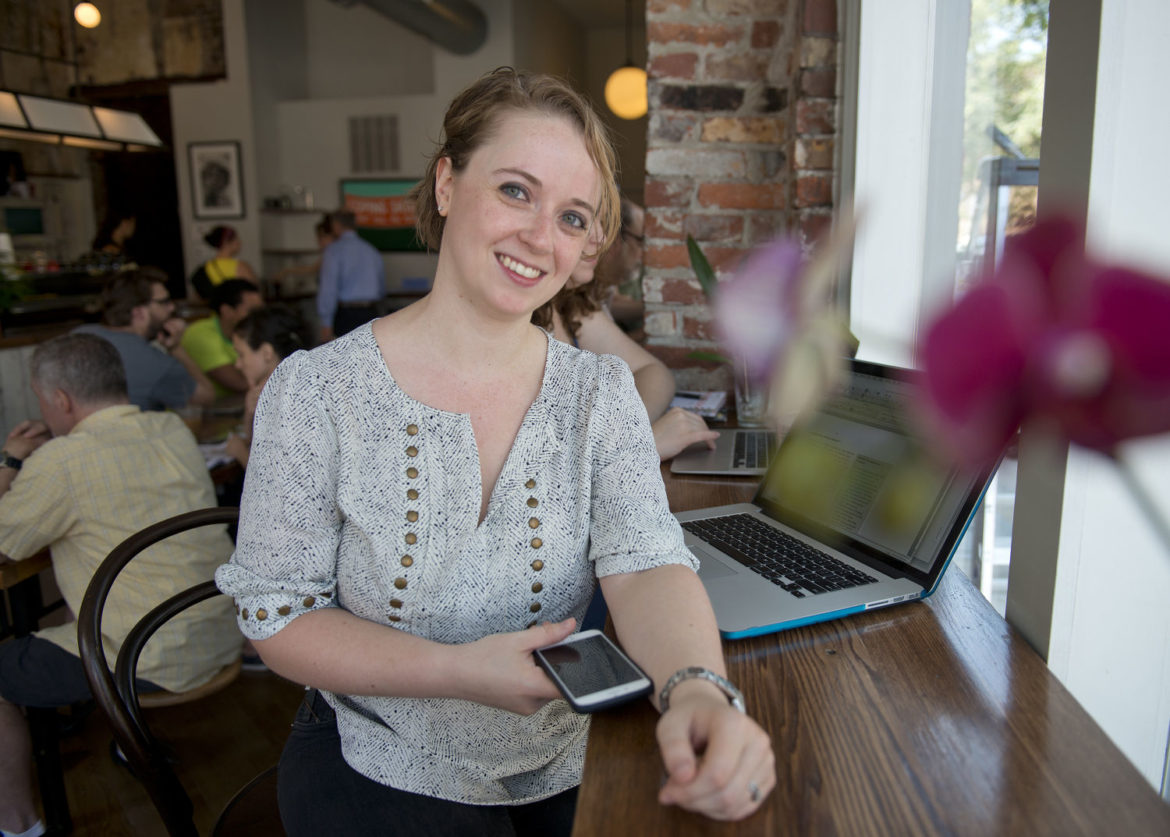 Currently a freelancer, Philadelphia resident Jillian Ivey is faced with a dilemma about her future and identity as a young woman.

The 31-year-old communications strategist wants children with her husband of nearly three years, but she feels that being pregnant and caring for an infant would be a direct choice not to make money or build her career.

“I’ve seen clients walk away from my friends, saying things like, ‘No hard feelings, but we need someone who’s not about to pop a kid out,’” Ivey said. “Clients are contractors and vendors, not employers.”

And even with a full-time employer, Ivey said she feels it’s a gamble on whether maternity leave is offered and what kind of workplace you’ll return to if you take it.

For now, the couple is limiting their dependents to four cats and a dog.

Many of the roughly 2.9 million Millennials in Pennsylvania are putting off marriage, children and homeownership in favor of first pursuing college degrees and careers, which represents not only changing goals but also a need to pay off immense college expenses.

The social tendencies of today’s 18- to 34-year-olds appear to be chipping away at the longstanding gender wage gap, according to some academics and business leaders.

While all Pennsylvania women, on average, make only 76 cents on the dollar compared with  men performing the same job, Millennial women in the state and the nation do better at 86 cents on the dollar, according to 2011 to 2013 Census data analyzed by the Institute for Women’s Policy Research.

U.S. women in general earn about 79 cents to a man’s dollar, according to the institute, based in Washington, D.C.

“How many hours people work, occupation, college major — those things are important in shrinking the gap and equalizing it, but they don’t stop it,” said Audrey Murrell, associate dean of the University of Pittsburgh College of Business Administration.

Shrinking the pay gap can also be attributed to more Millennials in general finding themselves in leadership positions over their senior co-workers who may be more focused on family life.

“They’re going to leapfrog the Gen Xers [ages 35 to 50] who aren’t management material,” said Christy Uffelman, a partner at Pittsburgh-based Align Leadership, a company that works toward developing women’s leadership skills and preparing Millennials for the workforce.

Historically, women’s labor has been less valued than men’s work.

It’s something that a lot of young women don’t even know is an issue, and few are willing to take up the mantle to defend it.

“The pay gap is shocking news to people entering the workforce,” said Maureen Porter, a professor in the University of Pittsburgh’s School of Education.

Some experts said the pay gap is smallest in the first couple years of labor. Based on the American Association of University Women’s 2012 report, after only one year in the workforce, women in business make $38,000 a year compared to men’s $45,000 at the same job. The gap compounds significantly over time.

Women can lose between $1 million and $1.5 million over a lifetime if they don’t negotiate at their first job, said Uffelman, who has worked with women in business for 15 years.

Uffelman said a woman’s career path is “like a labyrinth.”

“Women have specific obstacles and barriers that they [have to] overcome, and women of color have different obstacles than white women. It deepens and widens the further you go,” she said.

Yet Porter said it is typical for many young women to shy away from feminist issues and to search for other reasons they could be facing a disparity. She said her students connect feminism to bra burning and fighting for the right to vote, which they don’t relate to.

“People don’t know if they should use that ‘F-word’ — they’re scared of it,” said Porter. “Women, especially, think they ought to distance themselves from the word.”

Katie Fish, a full-time insurance agent at age 23, said she feels lucky because her boss is part of the same generation. Yet with four years of experience, she knows she earns less than other insurance agents in the country.

She said she thinks it’s more of an age problem than a gender one.

“What I make is 75 percent of the national average, but that doesn’t depend on male or female,” Fish said. Some of her regular customers don’t know she passed the state licence exam, and think she’s just the secretary. “I have being young and being female against me.”

Pittsburgh resident Heather Meyer is a stay-at-home mom. The 29-year-old hasn’t worked a paying gig since June 2014, when she quit her job as an instructional aide to children with special needs in order to prepare for the arrival of her son.

For Meyer, who plans to homeschool her 11-month-old, the answer was fairly obvious to not go back to work. She said it would cost her salary to put her son in daycare.

The average annual cost of full-time care for an infant in Pennsylvania is about $10,500, according to Child Care Aware of America. Meyer figures she might as well be the one to care for him.

“I enjoyed working, doing what I was doing, making money,” Meyer said. “Now I have a contribution, but it’s in a different way.”

According to a 2013 study by the Pew Research Center, women take more time off than men to care for children and ill or aging family members.

Women are generally less likely to negotiate for raises. When they do, they can be penalized in ways that men usually aren’t, Porter said.

When men ask, they're perceived as “assertive,” she said. “When women ask, there's backlash.”

One source interviewed for this story had her pay bumped down from what she was promised at her hiring, and was then denied a raise when she asked about it. Another was fired for “constantly asking for more money.”

At some companies, there are gag orders that prevent employees from discussing wages with each other.

The state House and Senate have bills in committee that aim to change this, to specifically help women achieve pay parity. The House’s bill proposes to lift the ‘veil of secrecy,’ as well as make it possible for employees to ask supervisors about their salaries without risk.

“Networking skills are not optional. Your access and your strength of them affect your starting salary,” Murrell said. “If you start a race behind, then you can’t catch up.”

For her, tightening the pay gap is a result of recognizing that trend and confronting it.

Other than women advocating for themselves, she said hiring managers also have a responsibility to encourage women to go for raises and promotions.

In Uffelman’s experience, women tend to wait until they satisfy 70 to 80 percent of a job description, but men will apply when they only have 40 percent of the skills — so more men are getting the high-paying jobs because women aren’t even putting their names up.

Jordan Glover, 20, is trying to acclimate herself to these conversations early. A rising junior at the Pennsylvania State University’s main campus in Central Pennsylvania, Glover works as a tour guide who escorts prospective students and their families around University Park.

Last summer, she sat down with her boss over a cup of coffee and asked for a raise.

“I travel a lot and I’m here five days a week; I should be making more money,” Glover said she told her boss, another woman, which she admits made the conversation less intimidating.

She got an hourly boost of $1.25 from her starting wage.

Glover, who is studying early childhood education, said her peers seem either unaware of the pay gap or too insecure to question it.

“Women think, ‘He must be making more than me because he’s better than me,’” she said.

The Institute for Women’s Policy Research predicts that the soonest the wage gap will close is 2058. But in Pennsylvania, it predicts that won’t happen until 2072.

Fish is optimistic. “Hopefully, I’ll have a daughter who makes the same as her coworkers,” she said.

But Glover finds it disheartening.

“I’ll have spent my entire working life in a career making less than the guy next to me. Like, what the hell?”